The extension stretches McCollum's current contract through the end of the 2024 season. 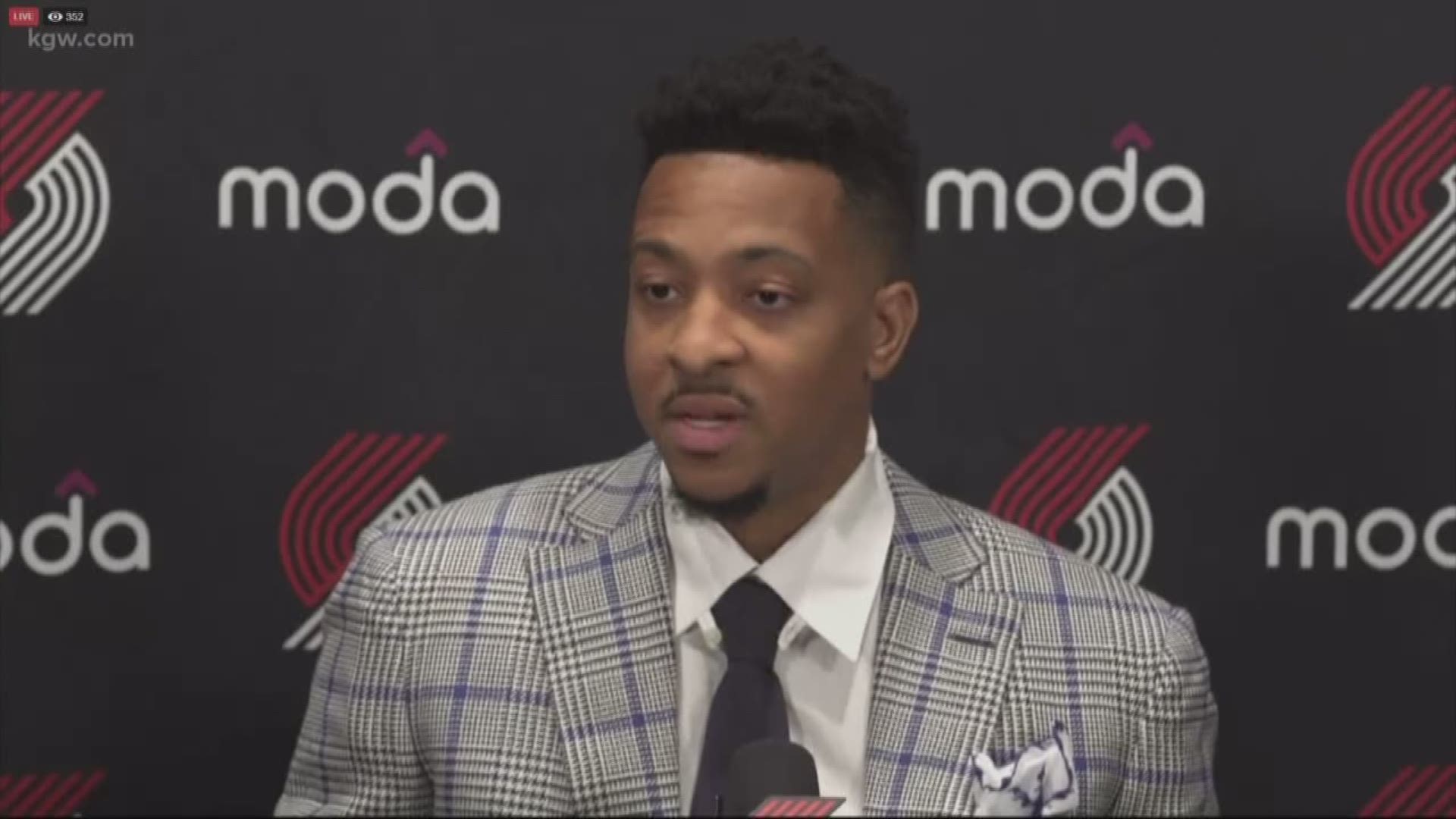 All-Star point guard Damian Lillard signed a four-year, $196 million supermax extension earlier this summer that could keep Lillard in Portland through the end of the 2025 season.

McCollum's extension stretches his current contract through the end of the 2024 season, which means that the Blazers will have their star backcourt under contract for the next five seasons.

"[The extension] is a testament to hard work. It's a testament to the organization for believing in me and having faith in me throughout my career and up to this point," McCollum said Tuesday. "Looking forward to spending five more years here."

"CJ McCollum is a franchise cornerstone and a critical part of our future," Olshey said in a press release. "This extension represents a strong level of commitment between CJ, the Trail Blazers and the city of Portland."

In the first two series of the playoffs last season, McCollum averaged 25.6 points, 5.8 rebounds, 3.4 assists and shot 45.5% from the field and 40.7% from the 3-point line, before cooling off in the Western Conference finals loss to the Warriors.

‘I want to finish the job’: Lillard talks importance of finishing career in Portland at annual basketball camp