Report: Carmelo Anthony will start in Blazers debut against Pelicans

ESPN's Marc Spears reports that Anthony will start and play about 20 minutes in his first game with Portland. 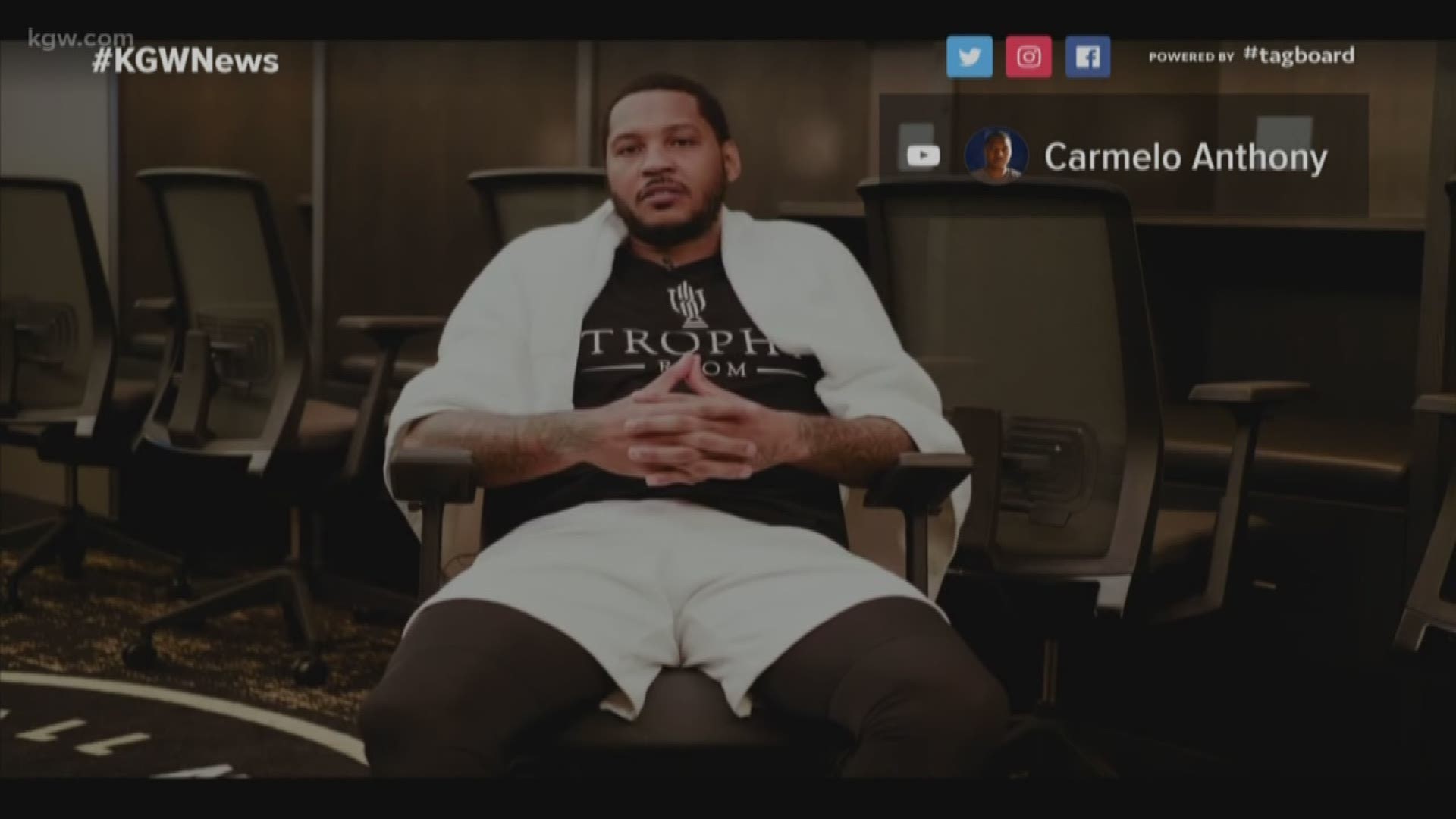 PORTLAND, Ore. — Carmelo Anthony will start and play about 20 minutes in his first game with the Blazers on Tuesday against the New Orleans Pelicans, according to ESPN's Marc Spears.

The 10-time All-Star signed a one-year, non-guaranteed contract with the Blazers on Tuesday. According to Shams Charania of The Athletic, the deal will be worth $2.15 million if he's still on the Blazers roster past the guarantee date in January.

Anthony will wear No. 00 in Portland. He wore No. 22 in high school at Oak Hill Academy, No. 15 at Syracuse and with the Denver Nuggets, and No. 7 with the Knicks, Thunder and Rockets.

Michael Lee of The Athletic reported that Anthony will wear No. 00 because No. 7 is being held by the team in honor of Brandon Roy; No. 15 is retired for Larry Steele; and No. 22 is retired for Clyde Drexler.

"For us, 'Melo can be another guy who is a threat. He can change the geometry on the court. He can get to the free throw line late in a game. And he has the poise to handle himself in those late game situations we’ve struggled in," Olshey said.

In a press release, Olshey said Anthony "will provide a respected presence in our locker room and a skill set at a position of need on the floor."

That position of need is power forward. Though 19-year-old rookie Nassir Little has stabilized the position the past few games with a blend of energy, athleticism and defense, it's still the team's weakest and most shallow position.

"Carmelo is an established star in this league," Olshey said.

On Monday night, Anthony posted a video to his YouTube page in which he spoke about his decision to sign with the Blazers. He said the Blazers wanted him to come right out on Friday.

"Let me just get three or four days of just get back into it mentally and emotionally," he said. "I had almost detached myself from the game a little bit just to give myself some sanity and not think about it. But once I got that call, the challenge was for me to just flip that back mentally."

The Blazers had pursued Anthony the past couple years, and Damian Lillard and CJ McCollum had both lobbied for him to come to Portland. Anthony said it didn't work out in the past, but now the time is right.

"I always kept my eye on Portland," he said. "It didn't work out at other times, but now it seems like a perfect opportunity. Me and Dame, we've been talking for the past couple years, off and on. Me and CJ have been playing in my Black Ops runs for the past four years."

Anthony said he knows it's important that he and the team are on the same page.

"I just look at that opportunity with that team and say, 'Look, this is what I can bring to the team, this is the way I can help.' It will only work if all parties see it the same way," he said.