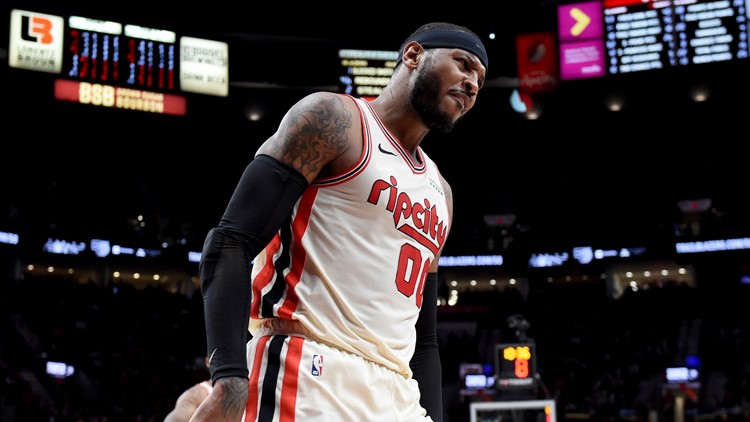 Photo by: Steve Dykes, AP
Portland Trail Blazers forward Carmelo Anthony reacts after hitting a shot during the second half of the team's NBA basketball game against the Oklahoma City Thunder in Portland, Ore., Wednesday, Nov. 27, 2019. The Blazers won 136-119.

This is the 19th time Anthony has been named conference player of the week in his career, and the first time since March 2014.

During the Blazers' 117-94 win against the Chicago Bulls on Nov. 25, Anthony had 25 points and passed Alex English for 18th on the NBA's all-time scoring list. Anthony has scored 25,657 points in his career.

Anthony is averaging 17.7 points, 6.0 rebounds and 2.2 assists in the six games he's played with the Blazers.