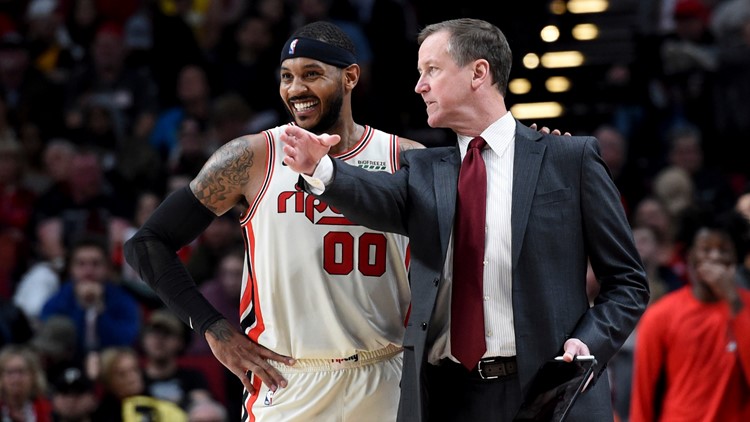 PORTLAND, Ore. — It appears new Portland Trail Blazers fan favorite Carmelo Anthony will remain with the team for the rest of the season.

ESPN’s Adrian Wojnarowski reports the Blazers will make Anthony’s contract fully guaranteed for the rest of the season. The deal is worth $2.15 million, according to ESPN’s Bobby Marks.

When Anthony initially signed with the Blazers in November, it was a non-guaranteed contract that would become fully guaranteed in January if he was still with the team. But Anthony’s performance in his first two weeks with the Blazers left the organization with no choice but to bring him on for the rest of the season.

The 10-time All-Star has had an instant impact. The Blazers are 4-4 since Anthony joined the team, including winning four of their last five games. Anthony has averaged 16.9 points on 45% shooting in his eight games with Portland. He was named Western Conference Player of the Week following his first full week with the Blazers.

Before Anthony made his debut for Portland last month, he hadn't played in an NBA game in a year.

Portland is 9-13 this season, one game out of the playoffs.