FiveThirtyEight, an analytics media company that covers politics and sports, projects 38 wins for Portland and a 23% chance of making the playoffs. 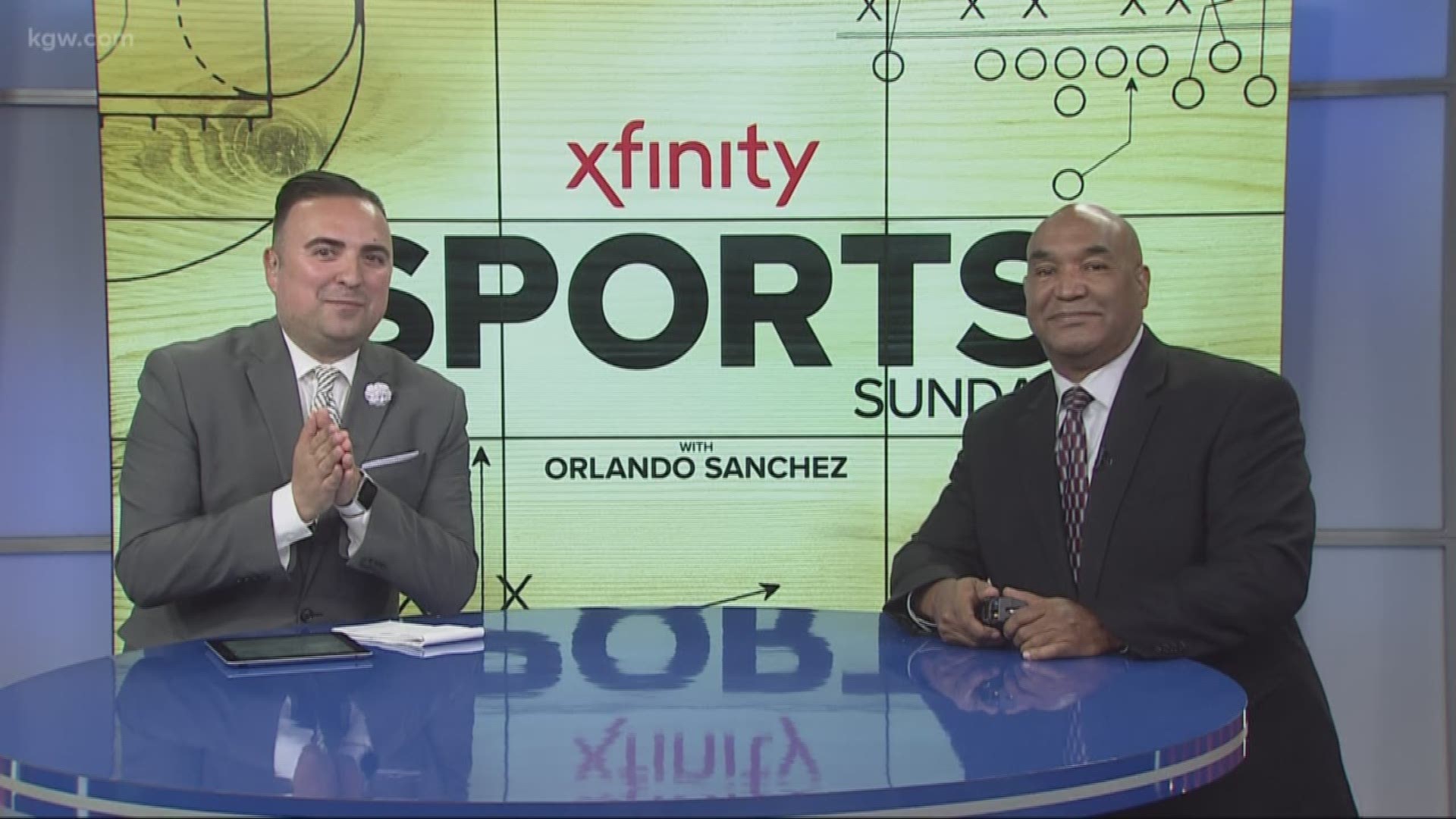 The article, which was published Tuesday, July 16, showed FiveThirtyEight's statistical model predicts 41 wins and an 11th place finish in the Western Conference for Portland, with a 37% chance of making the playoffs.

All this for a team that finished with 53 wins and a trip to the Western Conference finals last season.

It gets worse. The site's statistical model is updated regularly, and the most recent data, amended on Saturday, July 20, shows 38 wins and Portland's chance of making the playoffs all the way down to 23%.

In its article, even FiveThirtyEight admitted culpability, noting that its statistical model consistently underrated the Blazers last season, too. And they're right. Last year at this same time, the model predicted 39 wins, a 10th-place finish in the West, and a 37% chance to make the playoffs.

Here's a look at the Western Conference pecking order, according to FiveThirtyEight's most recent findings:

What does FiveThirtyEight's model have against the Trail Blazers?

The model is derived from the site's player projections model; projected team depth charts; and projected games lost to injury, suspensions, or load management. It's then adjusted for home court, travel, rest and altitude. FiveThirtyEight claims 50,000 simulations of the schedule are run each time the model is updated.

The biggest missing piece for Portland this year is, no surprise, Jusuf Nurkic. According to FiveThirtyEight's projections, he's a borderline All-Star and Portland's second-best player, and the model dings the Blazers for his absence while he rehabs from a broken leg.

Another reason the model doesn't like Portland is because its projections aren't kind to players like Zach Collins and Anfernee Simons, younger players who are expected to play a larger role for the Blazers this season.

FiveThirtyEight does love Damian Lillard. FiveThirtyEight projects 9.1 wins above replacement player (WAR) for Lillard this upcoming season. It's a solid projection that places Lillard in FiveThirtyEight’s "MVP candidate" player category, and above most of his peers at point guard.

The methodology for WAR (or WARP) is explained here

In fact, unless you count James Harden as a point guard, Lillard has the highest projected WAR among point guards.

FiveThirtyEight does not hold CJ McCollum in such high regard. Last season, McCollum's WAR was 4.8, but they projects that number to decrease this upcoming season to 3.1. That number places him in the "average starter" category, according to FiveThirtyEight, and eighth among his peers at shooting guard.

If you're one who considers McCollum’s peers to be other elite shooting guards like Bradley Beal and Jimmy Butler, it's probably a bit of a shock to see him listed as an "average starter," ranked next to players like Gary Harris, Buddy Hield and Jeremy Lamb.

Fans in Portland may view Lillard and McCollum as one of the NBA's elite duos. FiveThirtyEight does not. Here's where they rank against other top duos in projected combined WAR.

Something else FiveThirtyEight's model doesn't respect is the Blazers' depth. It downplays the projected contributions of Whiteside ("key role player") and Zach Collins ("rotation player"), and all but scoffs at Rodney Hood ("scrub") and Anfernee Simons ("project").

Here’s a look at the rest of the Blazers' roster with each player's projected WAR and player category assigned to them by FiveThirtyEight.

The projected WAR numbers for Whiteside, Hood, Bazemore, Collins and Simons stand out.

Last season, Whiteside had 2.4 WAR, but even though he's expected to play more minutes in a system that arguably fits his skills better than Miami, FiveThirtyEight projects his WAR to drop.

The last time Whiteside played as many minutes as he's expected to play this season in Portland was during the 2015-16 and 2016-17 seasons in Miami, and his WAR those two seasons was 5.3 and 4.4. That seems like a more realistic expectation than the 1.8 WAR FiveThirtyEight projects.

FiveThirtyEight has Hood's WAR declining from 2.7 last season to 0.4 in 2019-20. Collins' WAR, which went from negative-1.8 his rookie season to 1.0 last season, is projected to drop to 0.2. The Blazers' other rotation players are also projected to decline in WAR or stay the same.

There's no denying the Blazers' depth is an area of concern. There's a lot riding on how well Whiteside gels with the team, the contributions of Hood and Bazemore, and the emergence of Collins and Simons. Even with all those questions, FiveThirtyEight's projections do seem to come down harder on the Blazers' role players than most.

Last season, FiveThirtyEight projected the Blazers would win 39 games and be sitting at home when the playoffs started. This season, their projections are even worse. We'll see if Portland proves their model wrong again.