'Hopefully we can get through it': Blazers star CJ McCollum speaks about rift between China, NBA

McCollum has an endorsement deal with Li-Ning, one of many Chinese companies that suspended ties with the Rockets after that team's GM tweeted support of Hong Kong. 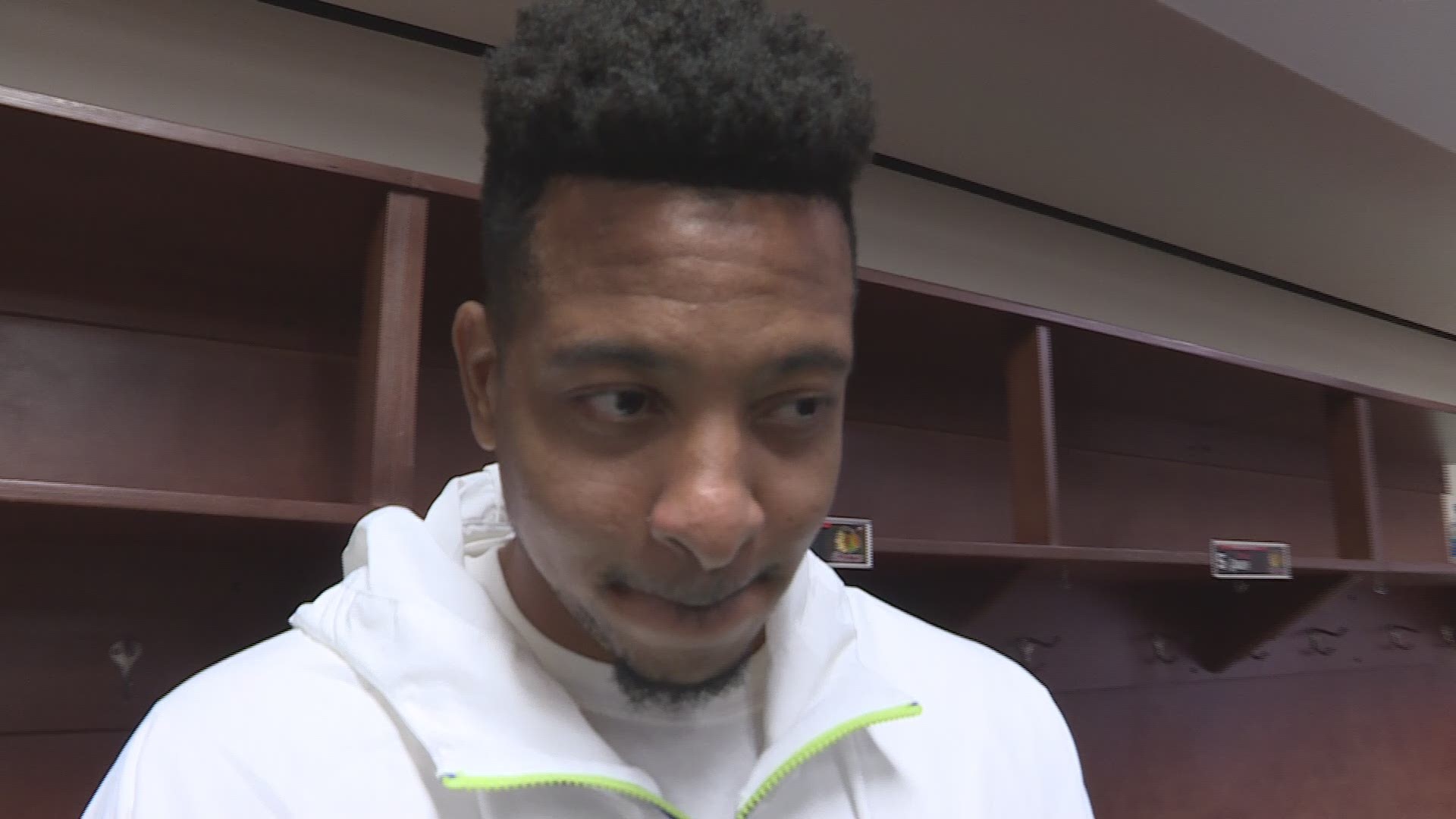 PORTLAND, Ore. — Blazers star guard CJ McCollum has a sneaker endorsement deal with Chinese brand Li-Ning, which gives him a unique connection to the ongoing rift between the NBA and China.

McCollum signed a 5-year contract with the longtime Chinese athletic brand in 2017. Since signing, McCollum has made annual trips to China in the offseason, and he said he's enjoyed connecting with NBA fans in that country.

"I’m in a great situation with my partnership with Li-Ning. I’m grateful for the opportunity to go to China each summer and bond with the fans and the support they’ve shown me," McCollum said after Monday's preseason game. "The way I’ve been able to strategically build my brand there, I’m thankful for that."

McCollum is also aware of the ongoing rift between China and the NBA.

On Tuesday, the NBA called off scheduled media sessions Wednesday for the Brooklyn Nets and Los Angeles Lakers in Shanghai, and it remains unclear if the teams will play in China this week as scheduled.

At least two other NBA events in advance of the start of the China games were canceled as part of the ongoing rift that started after Houston Rockets general manager Daryl Morey posted a tweet last week that showed support for anti-government protesters in Hong Kong. The tweet, since deleted, showed an image that read, "Fight For Freedom. Stand With Hong Kong."

NBA Commissioner Adam Silver said Tuesday in Tokyo that he supports Morey's right to free speech. "I'm sympathetic to our interests here and to our partners who are upset," Silver said. "I don't think it's inconsistent on one hand to be sympathetic to them and at the same time stand by our principles."

On Wednesday, Sen. Ron Wyden (Ore.-D) signed onto a letter sent to the NBA commissioner about the NBA's clash with China. The letter was signed by a diverse, bipartistan group of senators, including Reps. Tom Malinowksi, Mike Gallagher, Alexandria Ocasio-Cortez, Jim Banks, and Sens. Ben Sasse, Tom Cotton, Wyden and Ted Cruz.

The letter reads in part: "It is outrageous that the Chinese Communist Party is using its economic power to suppress the speech of Americans inside the United States. It is also outrageous that the NBA has caved to Chinese government demands for contrition."

Numerous Chinese companies have suspended — for now, at least — ties with the NBA. Li-Ning announced earlier this week it was suspending its cooperation with the Rockets. Stores that sell NBA merchandise in China have removed Rockets-related apparel from shelves and many murals featuring the Rockets have been painted over.

Brooklyn Nets owner Joe Tsai, who is a co-founder of Chinese e-commerce giant Alibaba, has said the damage to the NBA's relationship with China "will take a long time to repair."

On Monday, McCollum said he's hopeful the rift can heal.

"I think that based on what I’ve seen and what I’ve heard, we’re heading in the right direction," he said Monday. "It’s unfortunate that things have gotten to this point, but hopefully we can get through it."