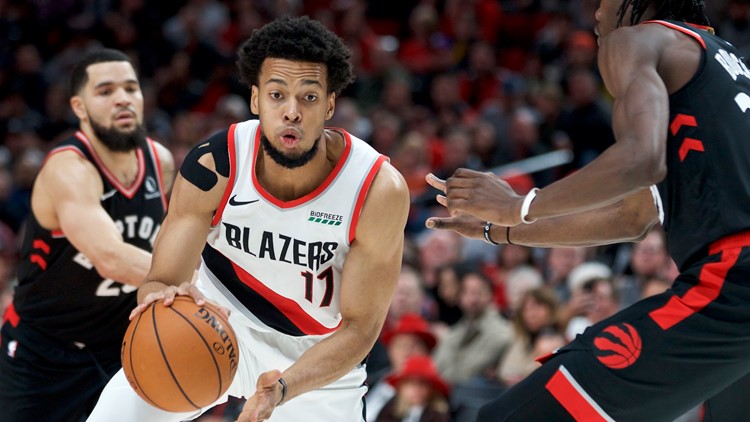 The Blazers announced Sunday afternoon that an MRI on Labissiere's left knee was inconclusive. The team said he'll undergo a second MRI later next week and will be re-evaluated then.

Labissiere won't play Monday game against the Phoenix Suns and he won't travel with the Blazers on their upcoming five-game road trip.

Labissiere got his first start of the season Saturday against the Lakers but left the game with a left knee injury about two minutes into the game and did not return.

The Blazers (14-19) have been hurt by injuries, especially to their big men. Starting center Jusuf Nurkic hasn't played since fracturing his left leg last March. Starting power forward Zach Collins will miss most or all of this season with a left shoulder injury. And starting small forward Rodney Hood won't play again this season after rupturing his left Achilles tendon.

Portland called up 7-foot-2 rookie Moses Brown from the G League on Sunday, which means Brown and 7-foot center Hassan Whiteside are now the only healthy players taller than 6-8 on the roster.