The Blazers will play the defending champion Golden State Warriors in the Western Conference finals. Game 1 is Tuesday in Oakland. 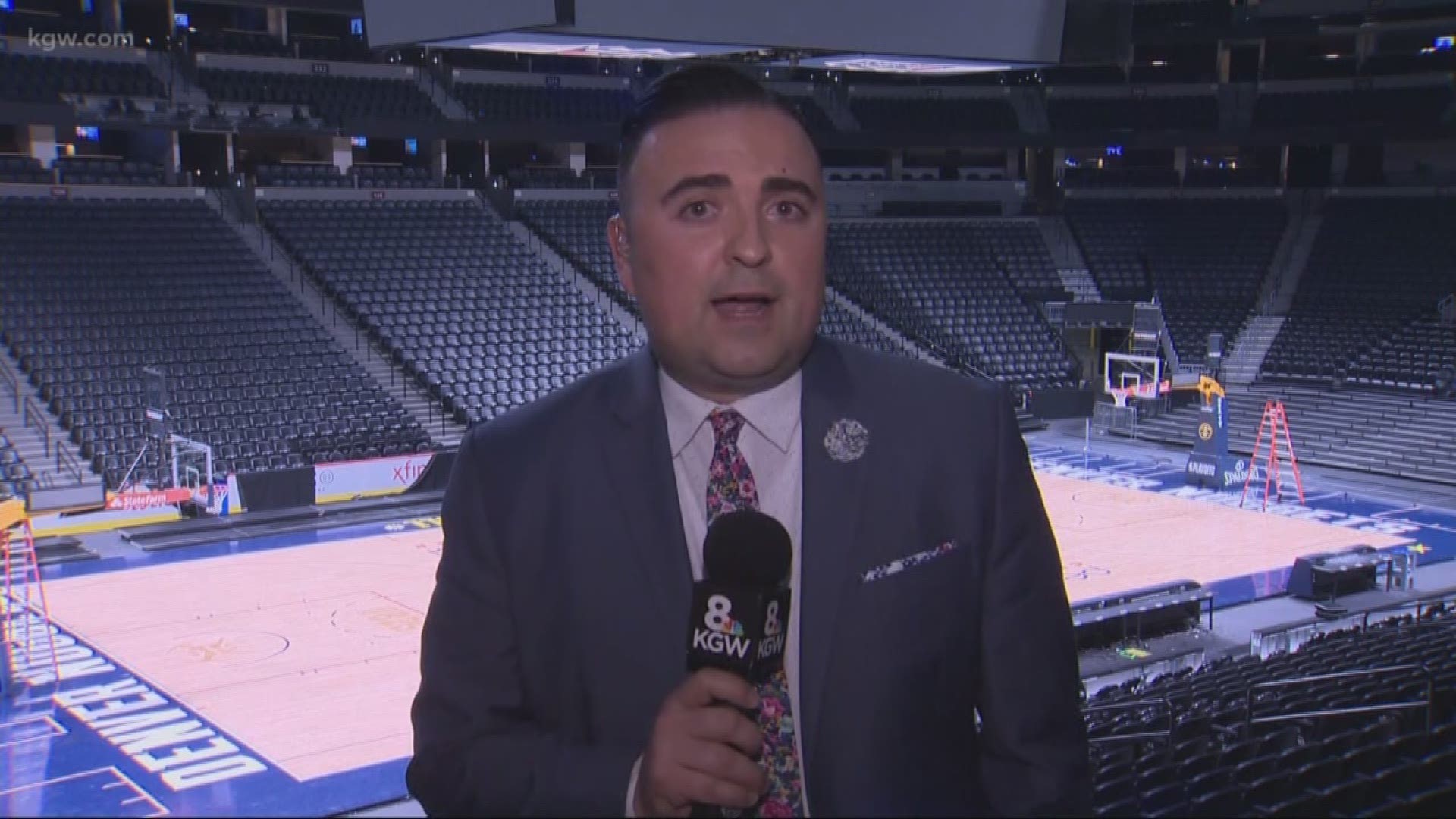 PORTLAND, Ore. — The Portland Trail Blazers beat the Denver Nuggets 100-96 in Game 7 on Sunday at the Pepsi Center in Denver to advance to the Western Conference finals for the first time since the 1999-2000 season.

It was the first Game 7 road win for the Blazers in franchise history, and continued an unbelievable postseason run for the team. Portland trailed by as many as 17 points in the second quarter, but stormed back, taking their first lead late in the third quarter before closing it out in the fourth quarter.

CJ McCollum carried the Blazers all game, scoring 37 points on 17 of 29 shooting. He also had nine rebounds.

Enes Kanter, who continues to play through a separated shoulder, had 12 points and 13 rebounds in 40 minutes. And Evan Turner and Zach Collins came off the bench to give the Blazers a major boost. Turner had 14 points, seven rebounds and two assists, and Zach Collins had seven points, five rebounds and four blocks.

The Blazers will play the defending champion Golden State Warriors in the Western Conference finals. Game 1 is Tuesday in Oakland.

RELATED: Rodney Hood hopes to be available for Game 1 after hyperextending knee

Watch postgame interviews and relive the action with a live box score and social media updates from KGW's Orlando Sanchez and Jared Cowley, and other members of the Portland and Denver media.