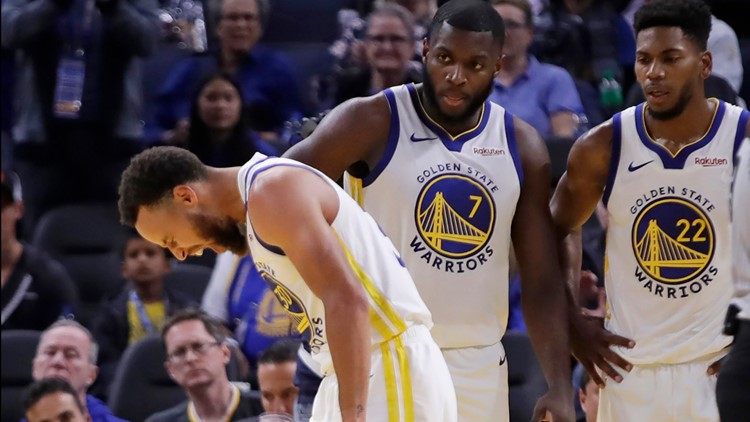 Blazers at Warriors, game preview, how to watch

The Warriors (1-5) will be playing without their two leading scorers on Monday night in Stephen Curry (20.3 points per game) and D'Angelo Russell (19.0 per game). ... The Warriors have started 10 different players this season as the team has dealt with injuries and inconsistent play. ... The starting lineup in Saturday's 93-87 loss to Charlotte was Ky Bowman, Jordan Poole, Glenn Robinson III, Eric Paschall and Willey Cauley-Stein. ... Golden State ranks last in the NBA in defense, allowing 117.3 points per 100 possessions. The Warriors rank 17th in offense, scoring 105.8 points per 100. Their net rating (-11.5) is second-worst in the NBA.