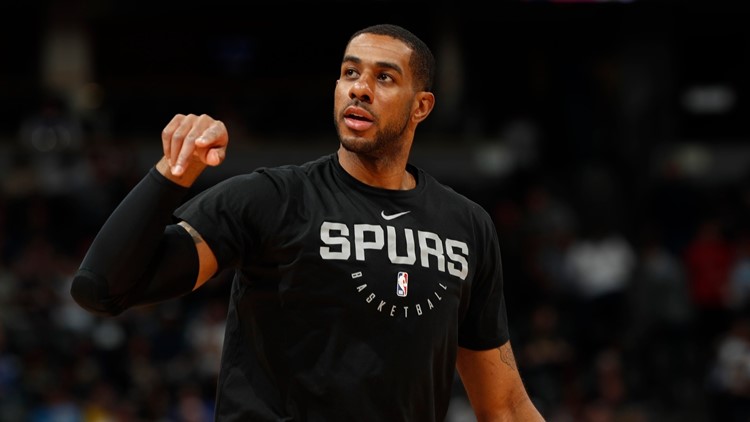 Blazers at Spurs, game preview, how to watch

PORTLAND, Ore. — The short-handed Portland Trail Blazers play their third game of a four-game road trip, visiting the San Antonio Spurs on Monday afternoon in the second game of a back-to-back. The Blazers will be without starting power forward Zach Collins, who dislocated his shoulder in Sunday's win against the Mavericks.

The Spurs are 2-0 but have had an easy start to their schedule. Their two wins were both at home against the New York Knicks and the Washington Wizards, two teams expected to vie for the worst record in the league. San Antonio didn't play particularly well in either game. They surged late to beat the Knicks and it took a game-winning shot from DeMar DeRozan to beat the Wizards. The Blazers are their first real test of the season. ... Former Blazers forward LaMarcus Aldridge is leading the way for the Spurs so far this season, averaging 24.5 points, 8.5 rebounds, 2.0 assists and 1.5 blocks per game. ... Dejounte Murray, who missed all of last season after tearing the ACL in his right knee, has been great in his first two games back, averaging 18.5 points, 9.0 rebounds, 5.0 assists and 2.5 steals per game. He's one of the best defensive guards in the NBA. It will be interesting to see him matched up with Damian Lillard and/or CJ McCollum. ... The Spurs are last in the league in 3-point attempts per game (24.5) and 15th in 3-point accuracy (34.7%).

Damian Lillard is fourth in the NBA in scoring at 31.7 points per game. He's shooting 52.5% from the field but has yet to get hot from the 3-point line. He's missed 17 of his 24 attempts so far. ... Rodney Hood, who scored 20 points in Sunday's win against the Mavericks, is off to a strong start. He's averaging 13.7 points and 5.0 rebounds per game while shooting 53.3% from the field and 58.3% from the 3-point line. ... It will be interesting to see what lineups head coach Terry Stotts uses without Zach Collins, who injured his shoulder against the Mavericks. Portland's two most-used and most-effective lineups both included Collins. The starting lineup of Lillard, McCollum, Hood, Collins and Hassan Whiteside has outscored opponents by 25.7 points per 100 possessions, and the small-ball lineup of Lillard, McCollum, Kent Bazemore, Hood and Collins has outscored opponents by 68.8 points per 100 possessions. ... Spurs guard DeMar DeRozan has given the Blazers fits of late. Last season, he averaged 30.0 points, 6.3 rebounds and 6.0 assists against Portland and he's scored at least 35 points in three of his past five games against the Blazers.