Even though they’re 20-point underdogs this season, the Beavers (5-6, 4-4) have plenty of motivation going into the 123th Civil War game. 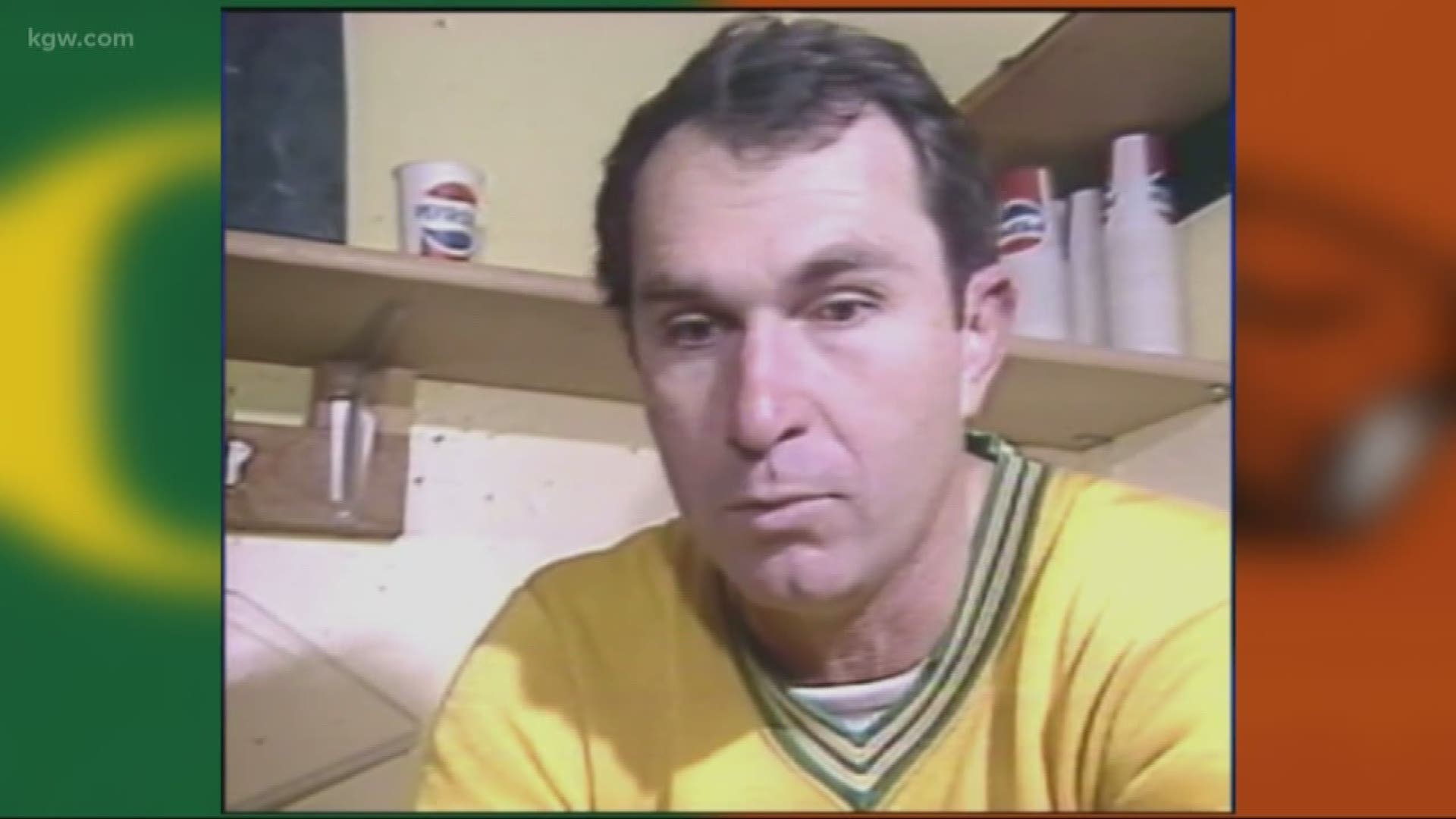 EUGENE, Oregon — Four years ago, Oregon State pulled off a 34-24 victory over Oregon in the Civil War, snapping an eight-game losing streak in the series. It was also the Beavers’ last win in the rivalry game.

So much has changed since then for both programs.

In the days following the game, Oregon dismissed coach Mark Helfrich after a disappointing 4-8 season. The Ducks hired Willie Taggart, who lasted a year on the job before bolting for Florida State. That made way for current coach Mario Cristobal.

Oregon State’s coach in 2016 was Gary Andersen, who was in his second season. The Beavers also ended the year 4-8 but at least won the statewide bragging rights that go with a Civil War victory.

A year later, Andersen resigned midseason and the Beavers won just one game. Former quarterback Jonathan Smith took over the next year.

Even though they’re 20-point underdogs this season, the Beavers (5-6, 4-4) have plenty of motivation going into the 123th Civil War game. They’re just a win away from bowl eligibility and Saturday’s game at Autzen Stadium in Eugene marks the team’s last chance to reach the postseason for the first time since 2013.

“There’s been a lot of work and progress this year to get to this point where we’re still playing for the postseason,” Smith said. “So really proud of the effort of our players and coaches through this thing. It’s always a big game, but that’s not going to change our preparation leading up to it.”

Fourteenth-ranked Oregon (9-2, 7-1, No. 14 CFP) already has clinched the Pac-12 North for a spot in the league championship, but its chances of reaching the College Football Playoff this season were thwarted by a loss at Arizona State last weekend.

While the Ducks were only slight favorites in that 2016 game, and it was in Corvallis, it sure felt like an upset for the fans at Reser Stadium, who rushed the field and hoisted Ryan Nall, who ran for 155 yards and four touchdowns in the victory.

Justin Herbert started in that game as a true freshman and threw for 180 yards and a touchdown. Saturday’s game will be his final one at Autzen.

Some other notable upsets and near-upsets in Civil War history:

THE FLY SWEEP: The Beavers snapped a 10-game winning streak for the home team in the 2007 Civil War when freshman James Rodgers scored on a fly sweep for a 38-31 double-overtime victory at Autzen. On Oregon’s chance to answer, the Beavers stopped Jonathan Stewart on fourth-and-1 from the 16.

THE INTERCEPTION: The visiting Beavers stunned the Eugene crowd in 1953 when Oregon quarterback Barney Holland’s pass bounced off the hands of George Shaw — the first pick of the 1955 NFL draft by the Baltimore Colts — and was intercepted by Oregon State’s Tommy Little. He returned it 30 yards for the only touchdown in a 7-0 victory.

FINISHING BIG: In his first year with the Beavers, coach Jerry Pettibone led Oregon State to a victory after 10 straight losses to start the 1991 season. Ian Shields, playing with a broken big toe, scored on a 6-yard bootleg for the go-ahead touchdown. Oregon State won 14-3, the Beavers’ first victory in Eugene in 18 years.

HARRINGTON TEARS: In 2000, the No. 8 Beavers denied the fifth-ranked Ducks a trip to Pasadena with a 23-13 victory in the War for the Roses. Oregon quarterback Joey Harrington uncharacteristically threw five interceptions and afterward cried in the arms of his father. Smith was Oregon State’s quarterback. The Beavers, who won a program-record 11 games that season, went on to play in the Fiesta Bowl and finished the year ranked No. 4 in the country. The Ducks went to the Holiday Bowl.

BEAVERS DENIED: In 2008, the Beavers were looking at their first Rose Bowl in 44 years with a victory in the final game when the Ducks romped to a 65-38 win in Corvallis. The next year the game was dubbed the “War of the Roses” because the winner was guaranteed a Rose Bowl berth. Oregon won 37-33.