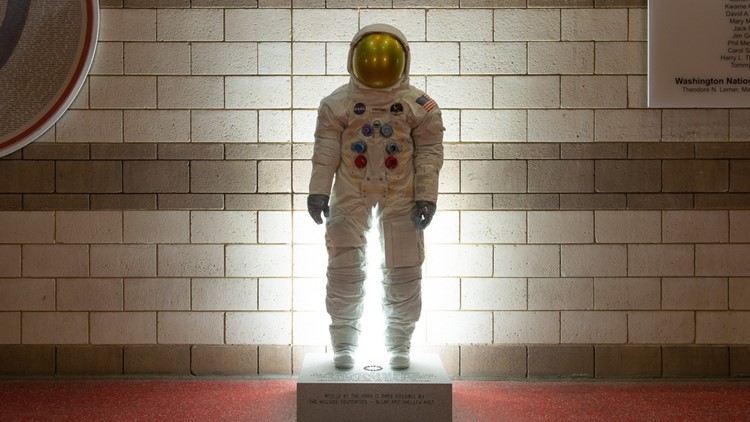 WASHINGTON -- The Washington Nationals and the Smithsonian Air and Space Museum unveiled a statue of Neil Armstrong's spacesuit Tuesday night.

The statue is one of 15 replicas of the spacesuit across the country that will be displayed at MLB ballparks this summer in celebration of the 50th anniversary of the first Moon landing.

The "Apollo at the Park" effort said the one displayed at Nationals Park was the first to be unveiled. More will be installed over the coming weeks.

According to the Smithsonian's website, the Apollo at the Park initiative "celebrates the astronauts who took our first small steps beyond Earth and the hundreds of thousands of Americans who worked together to make one giant leap for all humankind."

Organizers said ballparks are the perfect venues for new generations to learn more about that summer night 50 years ago.

To make the replica statues, they 3D scanned Neil Armstrong's spacesuit, according to the Smithsonian. It was all part of a kickstarter to conserve and digitize it.

If you check it out at your next ball game, you're encouraged to share your photos on social media using the  hashtag #SnapTheSuit.

Below is a list of other participating MLB teams:

To read more about Apollo in the Park, click here.