MLB says no evidence to support allegations against Mariners

The MLB says an investigation found no evidence of allegations of racism that the Mariners' former director of high performance made made against the organization. 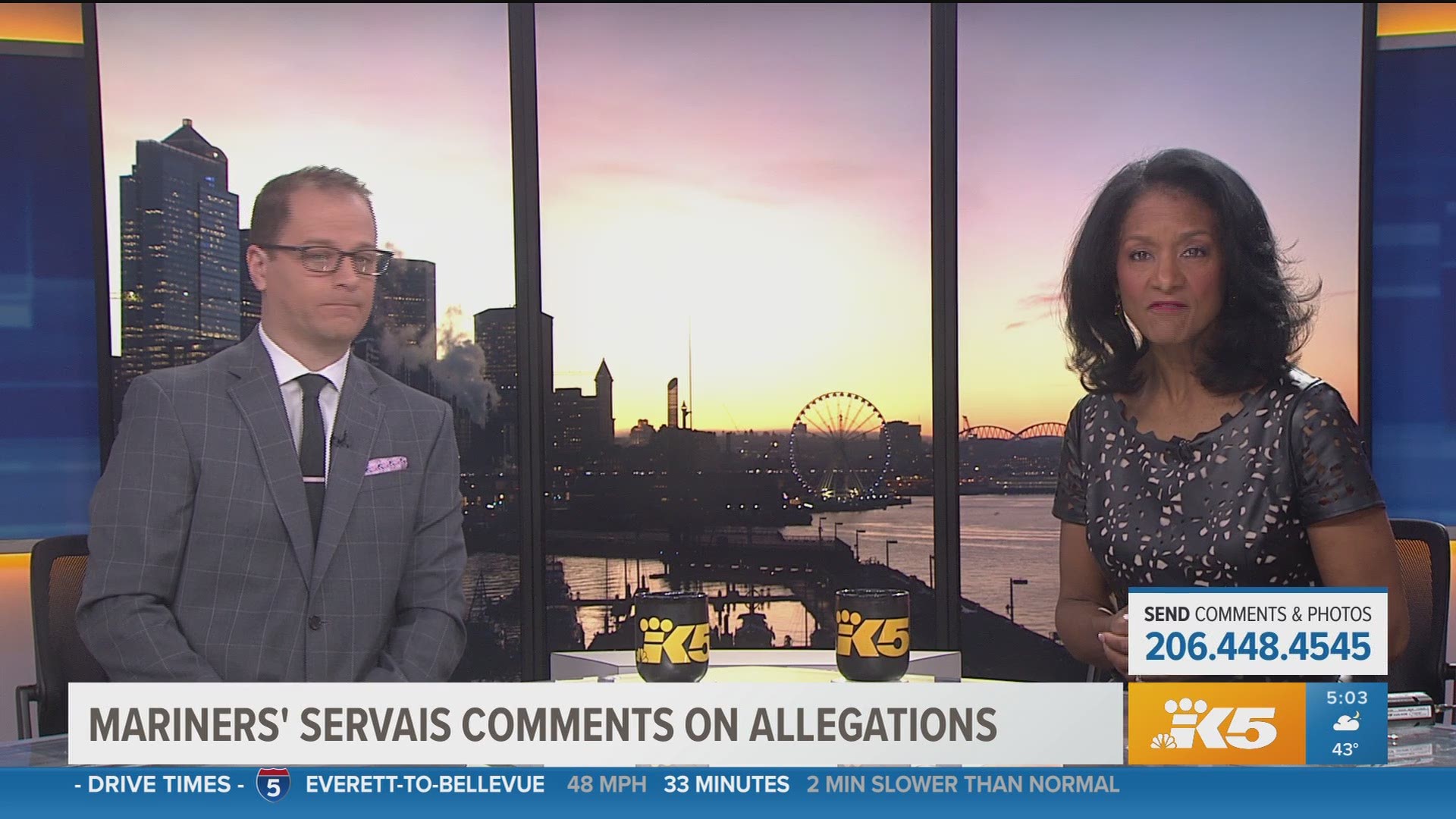 MLB said in a statement Wednesday that the investigation found the Mariners did not violate baseball's "workplace code of conduct, or applicable anti-discrimination law," in the treatment of Lorena Martin or in her termination by the club. Martin was the club's director of high performance for one season, then was fired following the 2018 season.

The investigation also concluded there was no evidence to support Martin's claims that general manager Jerry Dipoto, director of player development Andy McKay and manager Scott Servais made disparaging comments against Latino players. The Mariners have denied Martin's claims since they were first made.

Martin has filed a wrongful termination lawsuit against the team. MLB said it will have no further comment regarding the investigation due to the pending litigation.

Martin took to social media on Wednesday in response to the MLB investigation, saying she is "disappointed but not surprised at the outcome." In her statement, Martin said she was interviewed by Jennifer Gefsky, a former MLB deputy general counsel who is now an Epstein Becker partner.

"It is also puzzling why the interviews and information obtained is being kept confidential. I would have hoped for a bit more transparency," Martin wrote. "More importantly, there were no tapes, no emails, no hard evidence requested nor evaluated other than the questioning of individuals most of whom are still employed by the Mariners. Notwithstanding this decision, I remain confident that the truth will come out and that the damage done to my career will abate."

Martin was hired away from the Los Angeles Lakers with much fanfare by Dipoto. Her first public allegations came in November when she posted on social media claims that Dipoto, McKay and Servais had called Latino players "lazy, dumb and stupid."

"I hired her. At the end of the day we believe that, I guess, justice will prevail. There is an ongoing investigation I'm not going to get into," Dipoto said two weeks ago in his first public comments about the allegations. "I've been at this for 30 years, I know a lot of people in the game. I'm not a sexist, nor am I a racist. The accusations that have been made are untrue. I believe that will wash out as this unfolds. I can only speak for myself. The responsibility for this development of the program and hiring Dr. Martin to come here, it's on me. I take full responsibility for it."

Martin's allegations include that she went to team owners John Stanton and Buck Ferguson and CEO Kevin Mather as far back as last March to complain about alleged discriminatory treatment. Her lawsuit also said several Latino players complained to Martin about feeling excluded and that Dipoto took midseason steps last year to undermine the progress and mental state of star pitcher Felix Hernandez.

Martin's lawsuit countered claims by the team that Martin did not approach anybody with complaints of racial and gender discrimination before she made her initial accusatory posts on social media.

The team's reasons for seeking Martin's termination were revealed in a December 2018 filing in King County Superior Court in response to Martin's lawsuit. The club's response originally was filed in an attempt to have her situation settled in arbitration, but it became public after it was attached to a motion filed by Martin's attorney.

The Mariners say employees that were not identified warned Dipoto last March that Martin was ignoring medical advice on treatment of injured players and she was misrepresenting herself "as a medical doctor to other MLB teams' staff."

The team also said it had received "overwhelming and accumulating" employee complaints about Martin.

"In terms of the people I work with on a daily basis, the support has been unanimous and 100 percent positive," McKay said in late January. "The accusations are serious but they are completely false. I never said anything like that. I've never thought that, I've never felt it. It didn't happen." 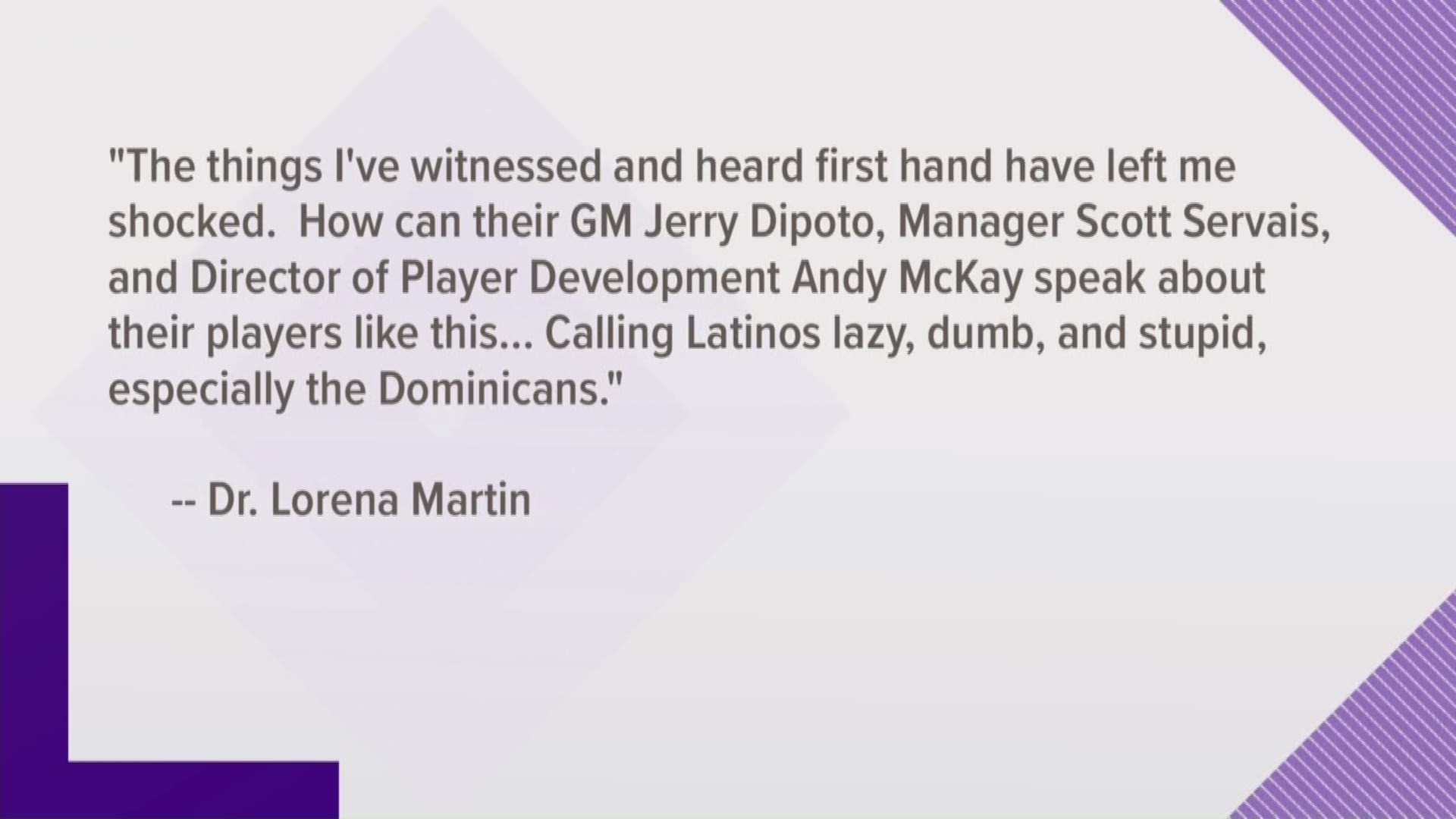