The Mariners have started the season on a hot streak. 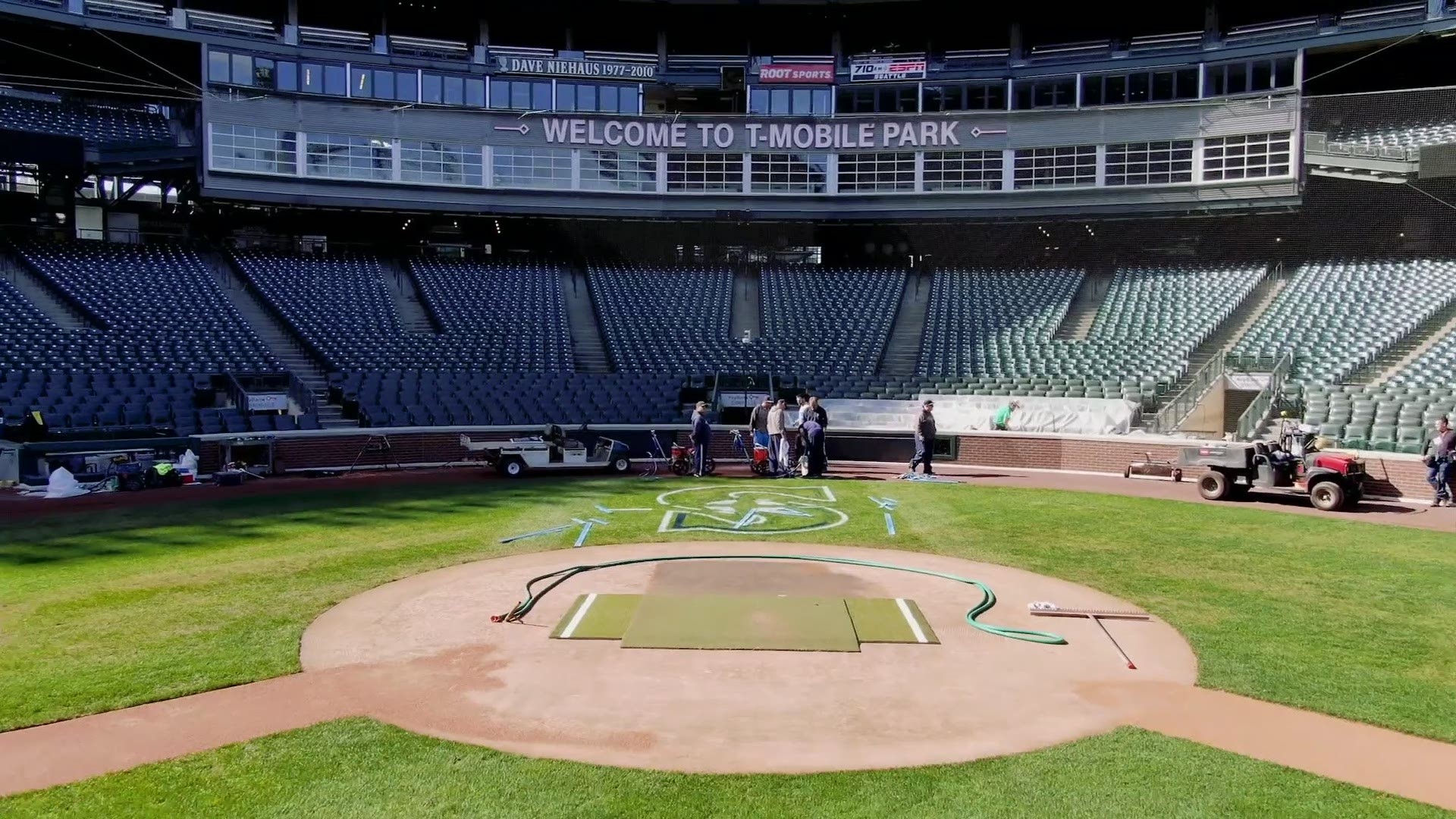 SEATTLE — Marco Gonzales and Scott Servais had a little argument after the eighth inning. Gonzales, Seattle's No. 1 left-hander, wanted to finish what he started. As his manager, Servais wasn't looking to push Gonzales' pitch count too early in the season.

"We had a discussion," Gonzales said. "It ended with me saying I want it. He looked me in the eyes and said, 'It's your game.' There was no doubt in my mind I was going back out."

Gonzales pitched into the ninth but couldn't quite finish up after Dan Vogelbach hit a tiebreaking homer an inning earlier. Anthony Swarzak, coming off the injured list, finished up the Mariners' 2-1 win over the Los Angeles Angels, which propelled them to 7-1 for the first time in franchise history.

Gonzales (3-0) was hoping to pitch the first complete game in baseball this season, but a one-out walk to Mike Trout and a single to center by Andlelton Simmons ended his night.

Swarzak, who came off the IL on Tuesday, earned the save in his first appearance of the season by striking out Albert Pujols and getting Jonathan Lucroy to ground out to second.

"What a homestead,'" Servais said. "We got a chance to show everyone what this team is all about. And what an outing by Marco. He had all his pitches working. I gave him a chance in the ninth to finish it. He has some bulldog in him."

Gonzales allowed four hits and retired 17 consecutive hitters from the second inning until the seventh. He didn't walk anyone until Trout in the ninth. He struck out three.

Vogelbach homered off Luis Garcia (0-1) and also doubled in the third inning. He didn't know he was starting until an hour before the game when Edwin Encarnacion was a late scratch because of left wrist discomfort after getting jammed in an at-bat Monday night.

"You have to be ready when your name is called," Vogelbach said. "But this night was all about Marco. I'm so glad we were able to get him the win."

The Angels scored a run in the second after a leadoff double by Lucroy. Angels starter Trevor Cahill pitched five scoreless innings before the Mariners tied it in the sixth with doubles by Dee Gordon and Mitch Haniger.

"Gonzales did a nice job, but we're clearly struggling," Angels manager Brad Ausmus said. "We're scuffling. This opening road trip was a struggle for us offensively. It certainly can't keep up, though."

Mariners: RHP David McKay was optioned to Triple-A Tacoma to make room for Swarzak, part of the seven-player deal with the Mets on Dec. 3, 2018. He missed most of spring training and the first seven regular season games with a right shoulder inflammation.

Angels: RHP Matt Harvey (0-0, 3.00) will make his second start of the season Thursday when the Angels play host to the Rangers. Harvey pitched six innings and carried a no-hitter into the fifth of his Angels debut at Oakland before giving up a two-run homer to Khris Davis.

Mariners: LHP Yusei Kikuchi (0-0, 2.53) will make his third start Thursday in Chicago when the Mariners start a three-game series against the White Sox. It will be Kikuchi's first start since his father died of cancer over the weekend. The Japanese pitcher chose to remain with Seattle, respecting the wishes his father expressed when they last saw each other during Seattle's season-opening series in Tokyo.