8 things you may not know about Mariners legend Edgar Martinez

Over his career, Mariners legend Edgar Martinez accumulated 1,219 runs and 1,261 RBI with a .312 batting average. 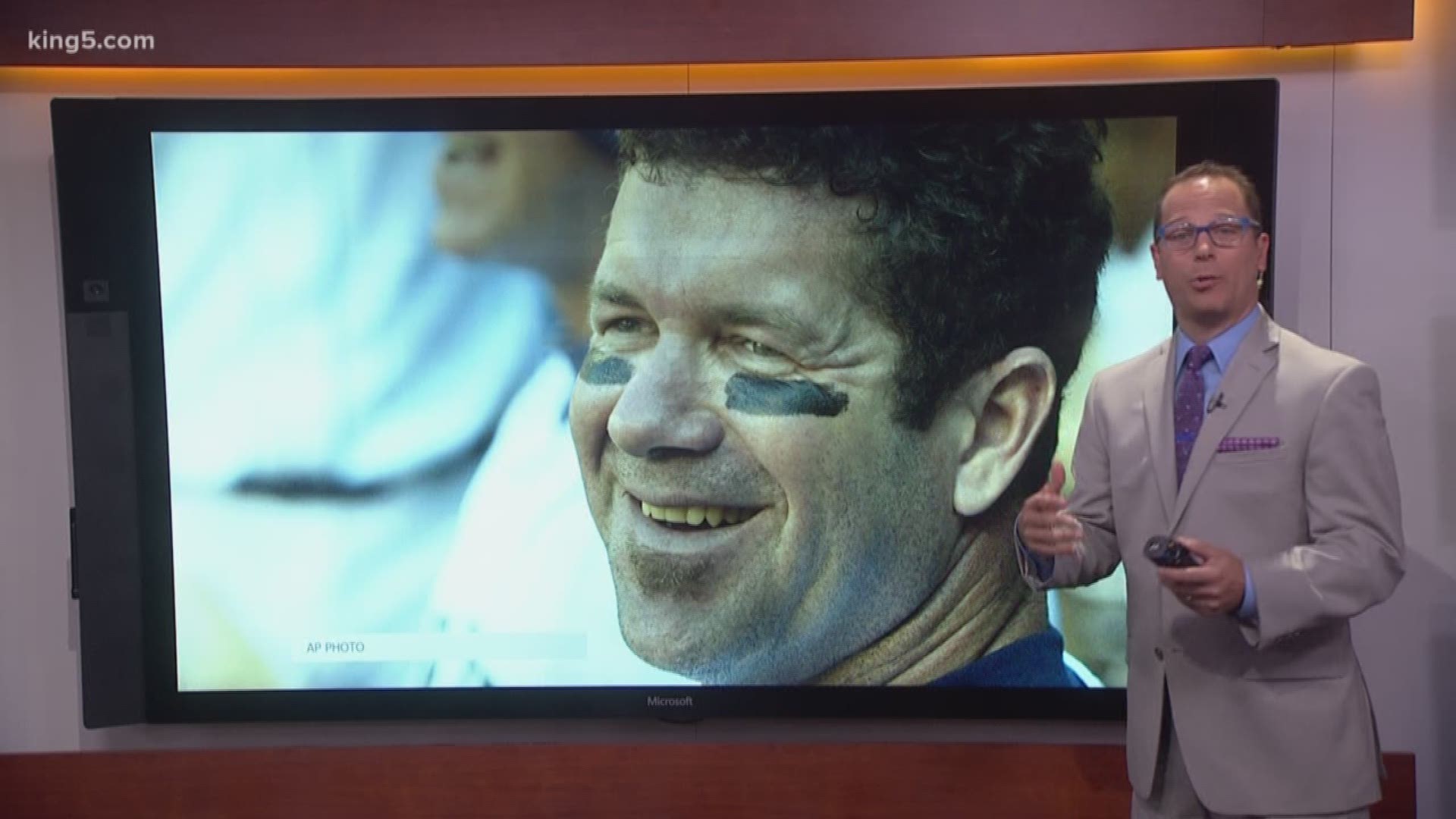 As Mariners legend Edgar Martinez prepares to be inducted into the Baseball Hall of Fame this weekend, we're taking a look back at his career.

Here's eight things you may not know about the soon-to-be Hall of Famer.

Martinez grew up in Puerto Rico, but was actually born in New York City. He moved to P.R. when he was two years old.

He didn’t hit like a Hall of Famer right away. In his first professional season at Class-A Bellingham in 1983, he hit only .173 with no home runs.

His first MLB hit was on September 4, 1987 at the Kingdome against the Cleveland Indians. It was a triple – he only had 14 more triples in his 18-year career.

His last MLB hit was on October 2, 2004 at Safeco Field against the Texas Rangers. He actually went hitless in the last seven at-bats of his career on October 3 and 4.

The pitcher he faced the most in his 18-year career: Roger Clemens, who spent 13 seasons with the Boston Red Sox. He hit .245 against Clemens in 98 at-bats – 26 more times than he faced pitcher Chuck Finley.

The one pitcher Martinez couldn’t hit: Tim Wakefield, who spent 17 seasons with the Red Sox. Martinez was 1-for-32 for a career .053 average against the knuckleballer.

The one guy he owned: Mariano Rivera, who spent his entire 19-year career with the New York Yankees. Against Rivera, Martinez was 11-for-19 for a .579 average. That was against the only player ever chosen unanimously for the Hall of Fame.

Martinez and Rivera will be inducted together, along with Mike Mussina, Roy Halladay, Lee Smith and Harold Baines, on Sunday at 10:30 a.m. Pacific.

RELATED: Mariners legend Edgar Martinez to be inducted into Baseball Hall of Fame this weekend