President Trump sued the local chef for breach-of-contract in 2015 after Andrés backed out of a restaurant deal with Trump. 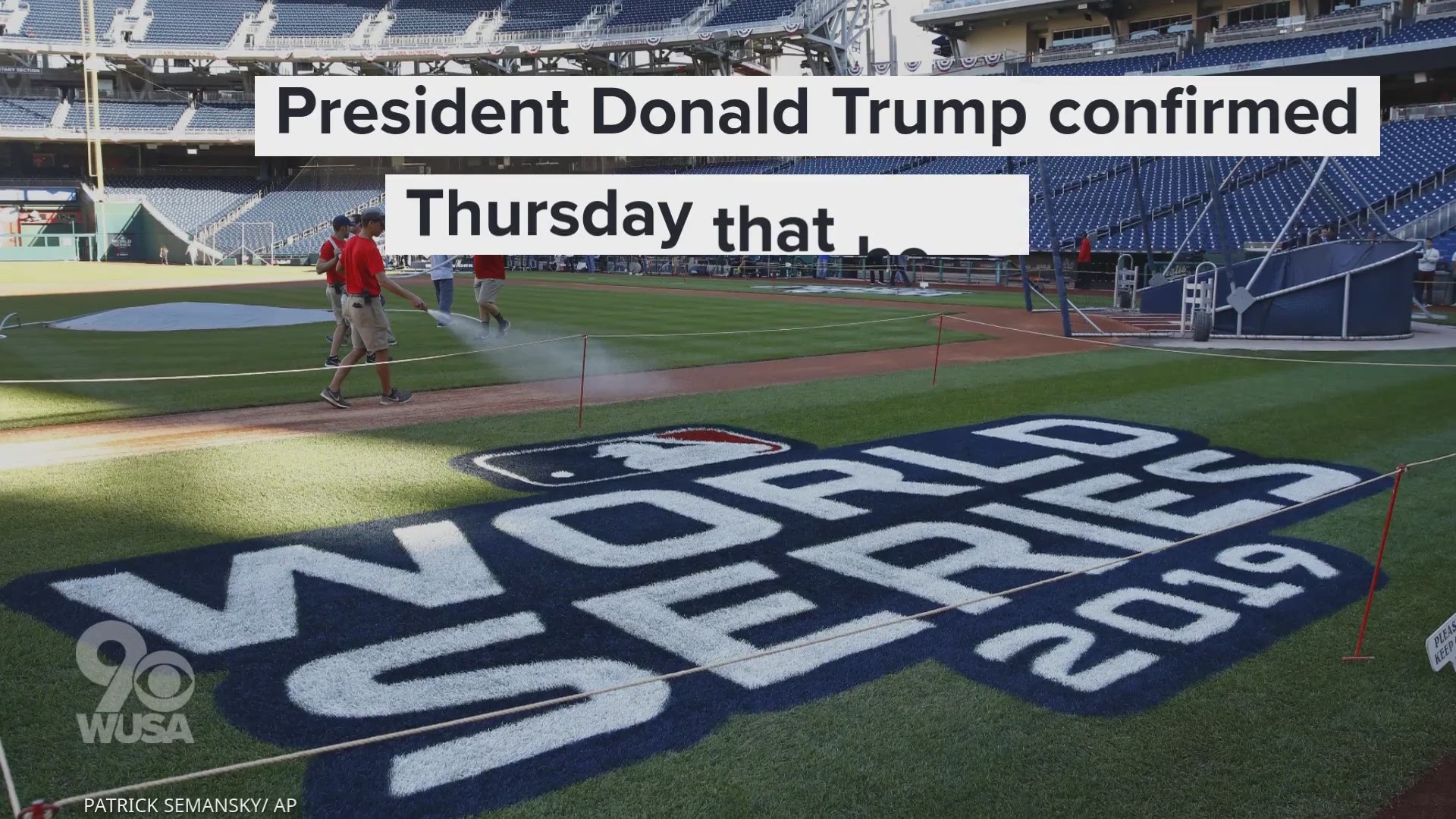 WASHINGTON — The definition of irony: The first Major League Baseball game that President Donald Trump will attend during his presidency, Game 5 of the World Series, had the first pitch thrown out by a man who has been one of his biggest critics, chef José Andrés.

President Trump told reporters Thursday that he planned to attend Game 5 at Nats Park on Sunday, if the series continued that far. After Friday's 4-1 loss to the Astros, Game 5 will indeed be played.

When asked by pool reporters if he would throw out a first pitch, President Trump said, "I don’t know. They got to dress me up in a lot of heavy armor. I’ll look too heavy. I don’t like that."

The Nationals announced Friday that the local chef would have the honors of throwing out the first pitch in Sunday's game. Andrés declined to comment on Trump's attendance during his first pitch, but on Twitter said he was "humbled by the invitation."

Andrés has feuded with the president since mid-2015 when Trump referred to Mexicans as "rapists" in the speech that launched his campaign. At the time, Andrés intended to open a restaurant inside the D.C. Trump hotel

Andrés, a Spanish-American chef, put out a statement less than a month later indicating he would be backing out of the hotel restaurant deal.

"Donald Trump’s recent statements disparaging immigrants make it impossible for my company and I to move forward with opening a successful Spanish restaurant in Trump International’s upcoming hotel in Washington, D.C.," the statement reads. "More than half of my team is Hispanic, as are many of our guests.  And, as a proud Spanish immigrant and recently naturalized American citizen myself, I believe that every human being deserves respect, regardless of immigration status."

The Trump Organization subsequently sued Andrés for $10 million for breach-of-contract, and Andrés countersued for $8 million. After two years of legal fighting, the two men settled, but neither released details of the settlement.

Andrés has been most critical of the President's Immigration policies and how he handled the aftermath of hurricanes such as Irma, Maria and Dorian. The celebrity chef served more than 3.5 million meals in Puerto Rico in 2017-2018, and prepared thousands of ham and cheese sandwiches for Bahamians and Floridians impacted by Dorian.

A Twitter search shows that Andrés has tweeted at the president more than 400 times since Aug. 2015.

RELATED: President Trump will attend Game 5 of the World Series at Nats Park