Catcher Adley Rutschman, who starred at Sherwood High School, hit .412 with 26 homers and 141 RBI in 432 at-bats over the past two seasons with Oregon State. 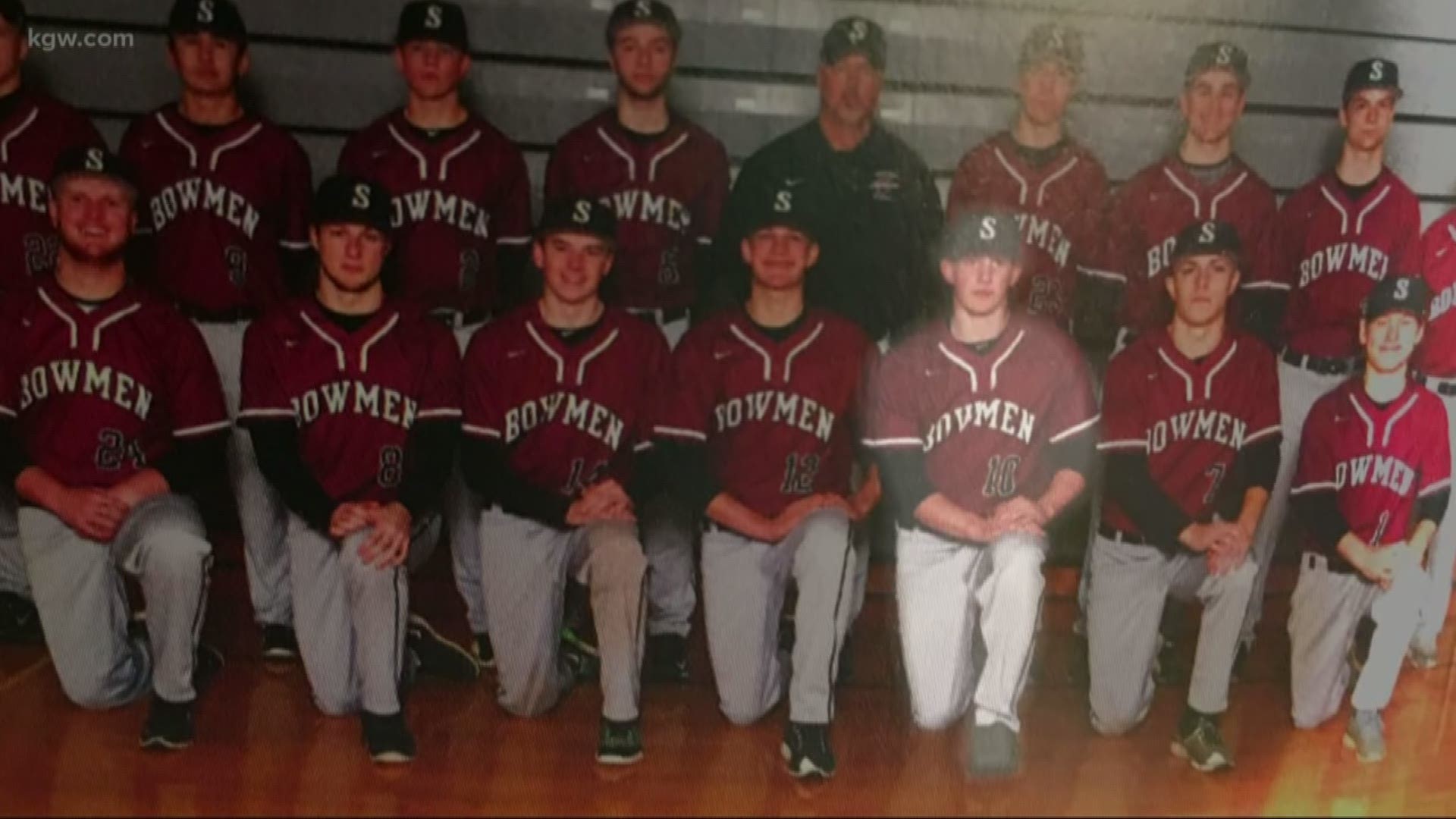 PORTLAND, Ore. — Adley Rutschman, an all-state athlete at Sherwood High School before he became a star catcher at Oregon State, was picked first overall by the Baltimore Orioles in Monday's MLB Draft.

Before he emerged as the best player in college baseball, Rutschman earned multiple all-league and all-state honors in both baseball and football at Sherwood High. He set a state record his senior season in football with a 63-yard field goal. His junior season, he hit .444 and was named first-team all-state in baseball, and was ranked as the second overall player in the state of Oregon by Baseball Northwest by his senior season.

In 2016, Rutschman was drafted in the 40th round by the Seattle Mariners but didn't sign, instead choosing to honor his commitment to Oregon State.

Rutschman played both football and baseball for the Beavers his freshman season. He was a placekicker for the Oregon State football team in 2016, averaging 59.5 yards per kick. He hit just .234 with two homers and 33 RBI as a freshman for the Beavers but emerged as the leading offensive force in college baseball the past two seasons.

More than just a hitter, Rutschman is also an elite catcher. Michael Bauman of The Ringer wrote a glowing profile of Rutschman, in which he marveled at his offensive prowess, but argued that what sets the Beavers star apart from other top MLB prospects is how good he is behind the plate.

"Rutschman ... is a good defender behind the dish, and a switch hitter to boot. The only skill he doesn’t have is speed ... but that’s not essential for a catcher. He frames well, blocks well, and throws extremely well," Bauman wrote.

You can watch the live stream of the draft here. The first 78 picks (Rounds 1 and 2, plus supplemental picks) will happen Monday. The draft will continue with Rounds 3-10 on Tuesday and Rounds 11-40 on Wednesday.

Here's a look at what some of the latest mock drafts have to say about the top overall pick:

What they wrote: Rutschman is the best prospect in this year's draft and maybe the best draft prospect since Bryce Harper in 2010. He's considered a more complete prospect than Buster Posey was going into the 2008 draft because Rutschman's power potential is more obvious. A switch-hitting catcher with power and strong defensive chops is exactly the type of player teams want to build around. For what it's worth, Orioles GM Mike Elias recently told The Athletic's Dan Connolly they have narrowed their list for the No. 1 pick to "about four players right now." We hear that a lot this time of year. ... The bet here is the O's play it straight and take Rutschman, the best player on the board. — Mike Axisa

What they wrote: The chatter has been loud about the O’s going in a different direction here, with Cal’s Andrew Vaughn and Vanderbilt’s JJ Bleday the most likely alternatives (Bobby Witt Jr. seems to still be in the conversation as well), but there’s not enough as of this writing to make the switch official. — Jonathan Mayo

What they wrote: There's still a chance the Orioles will take Andrew Vaughn (and try to make him a third baseman), or even go for Bobby Witt Jr., but the industry is betting that they don't pass on the consensus No. 1 prospect in the class. — Keith Law

The Athletic: Rutschman goes No. 1

What they wrote: In most national circles, it’s considered a slam dunk that the Orioles take Rutschman with their first overall No. 1 pick in 30 years. But I’m not 100 percent sure, because I don’t think the Orioles are yet, either. New GM Mike Elias said his final decision might not be made until draft day, the way it was when Elias was the Houston Astros’ scouting director. I know the Orioles love Rutschman, but they also covet Texas high school shortstop Bobby Witt Jr., whose uncle is a scout for the Orioles, and they’re highly impressed with the bat of University of California first baseman Andrew Vaughn. I think it’s possible Elias attempts to re-create 2012, when the Astros selected Carlos Correa (instead of Byron Buxton) with the top pick and paid him under-slot, using that savings to go over-slot on Lance McCullers Jr. and Rio Ruiz. That might be a prudent move for an organization hurting for minor-league talent, but it would be a tough sell not to take Rutschman or Witt, who are both considered elite talents with outstanding makeup at premium positions. — Dan Connolly