The Astros are now 3-0 after another win over Oakland. 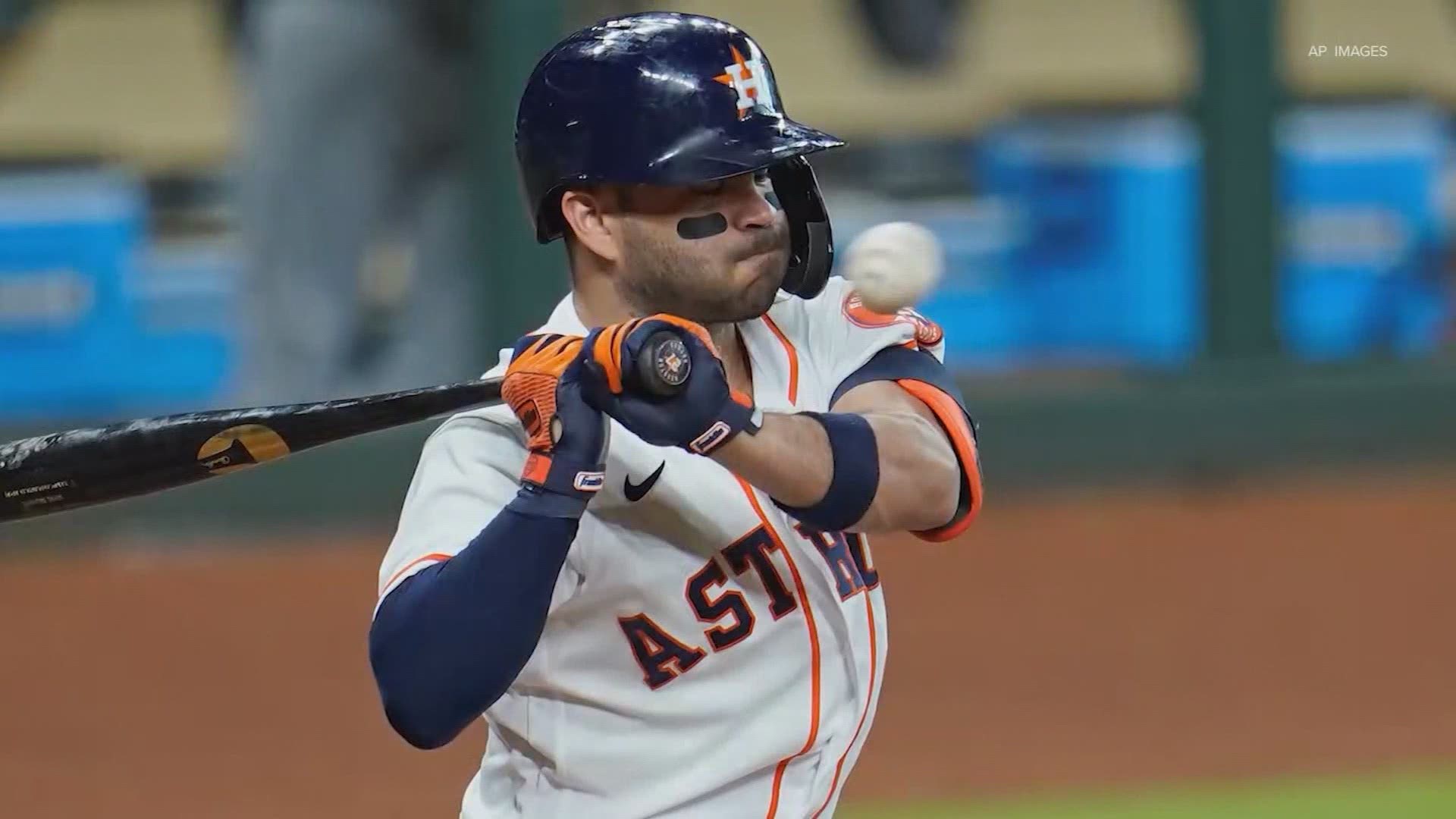 OAKLAND, Calif. — Yordan Álvarez hit a three-run homer and Houston kept thriving through all the boos, slugging its way to a third straight win in a 9-1 victory over the Oakland Athletics on Saturday.

Editor's note: Video above is from Astros opening night.

Houston has outscored Oakland 26-7 in three games against the defending AL West champion A’s, who were eliminated by the Astros in a four-game AL Division Series last fall.

Lance McCullers Jr. got the win for the Astros. The right-hander struck out seven and walked three in five innings, allowing two hits and one run.

Air Yordan flew us to a victory ✈️