After 6 years as head coach of the Lions, Chris Miller took his talents to the XFL. Then, the season was canceled. Now, Franklin High School is where he wants to be. 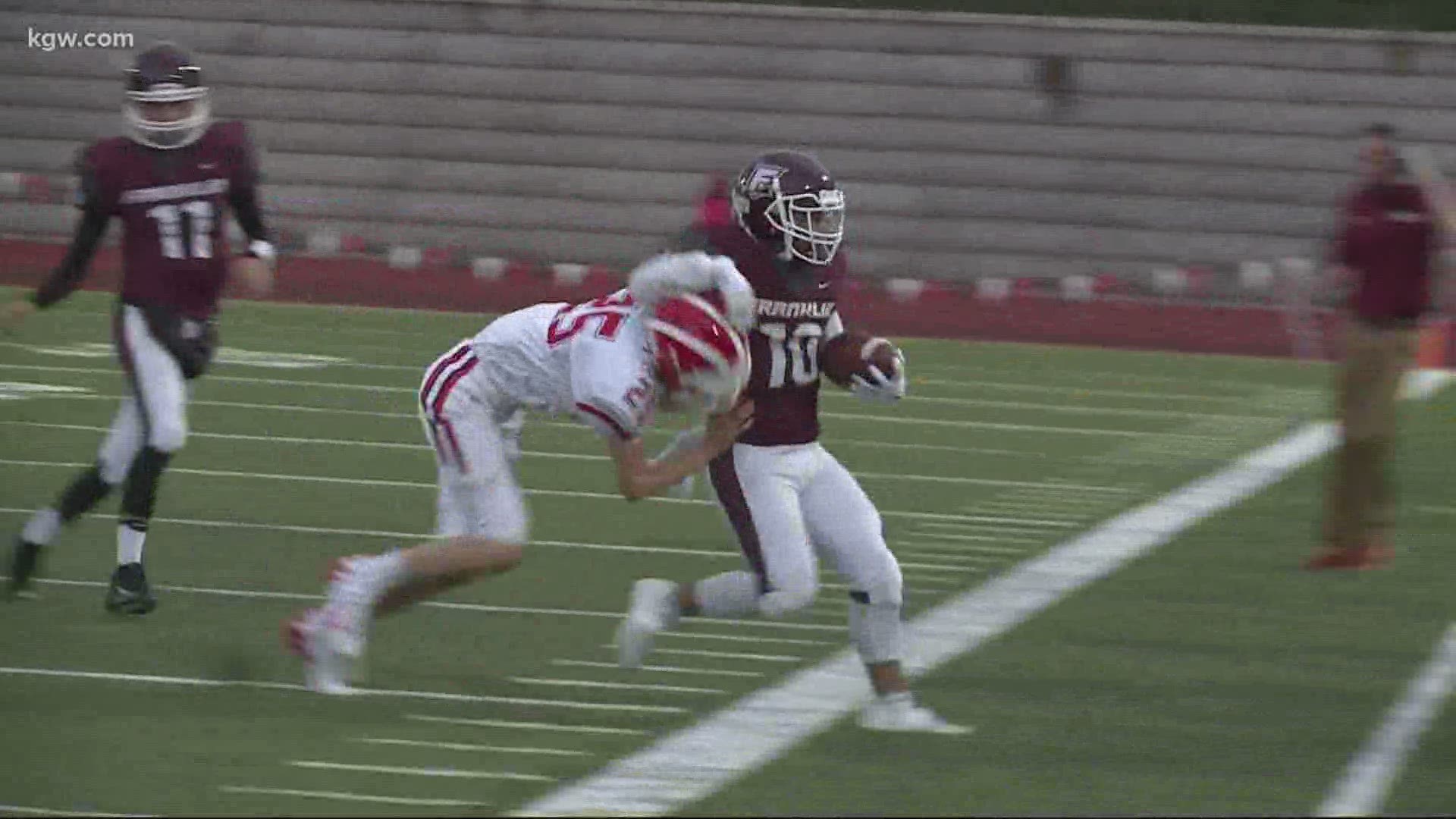 PORTLAND, Ore. — Chris Miller has made a living calling audibles.

From his days as quarterback of the Oregon Ducks and Atlanta Falcons, to becoming a coach and turning West Linn into a state championship program. After 6 years as head coach of the Lions, he took his talents to the XFL as offensive coordinator for the Houston Roughnecks.

"The XFL was gaining some great momentum, our team was doing really well, attendance was going up," said Miller.

The Roughnecks were on top of the league. Sporting a 5-0 record.

"Things were going great then COVID-19 hit. They officially shut the XFL down April 10th.  How quickly things change. I went from $135,000 salary and full benefits for a 6-month job out of the year to zero money."

Miller packed up and came back home to Oregon.  He had some options for his next job, but Franklin High School is where he wanted be.

"One of the most appealing things was my son Dillon got really excited about it and he's going to be my assistant head coach and offensive coordinator," said Miller. "To coach side-by-side with my son will be a lot of fun and impact some new kids, new community, we're looking forward to it."

Miller's son, Dillon, was one of his assistant coaches at West Linn.  He takes over a Franklin program that won one game last season.

"Our main goal, number one, is accountability and reliability on each other. We need to earn respect and earn respect in the PIL and we want to win our first game on September 4th at South Albany," said Miller.

He wants to create a winning mentality at Franklin High School and change expectations.

"Our goal is to win 5, 6, 7 games. I know people may laugh at that because we've been 1-8 the last two years, but we're going to try and get these guys in some schematic advantages and bust our butts the next three and a half months."

Miller still has dreams of coaching at the next level, but right now he's fired up to be back on the sidelines, this time as leader of the Lightning.

"If I do go get a college job, hopefully we've set my son up for a good opportunity to interview for the Franklin job and he can take over for me. We wanted to have a succession plan. We were open and honest with Chris Frazier and Scott Santangelo, the Athletic Director, that this might be a one year deal for me.  I may be there for two years or I may be there for five. Right now we're in that one day at a time mode," said Miller.

"In the meantime, we're sure going to enjoy this. Now I have purpose. I've been talking to kids, I've got 30-something text messages from our Franklin players and they're stoked and excited."

RELATED: Coronavirus shut down professional sports around the world, but it gave esports a boost