At the age of 89, Fazzolari died in February of bone cancer. He was a family man who loved to play ball. 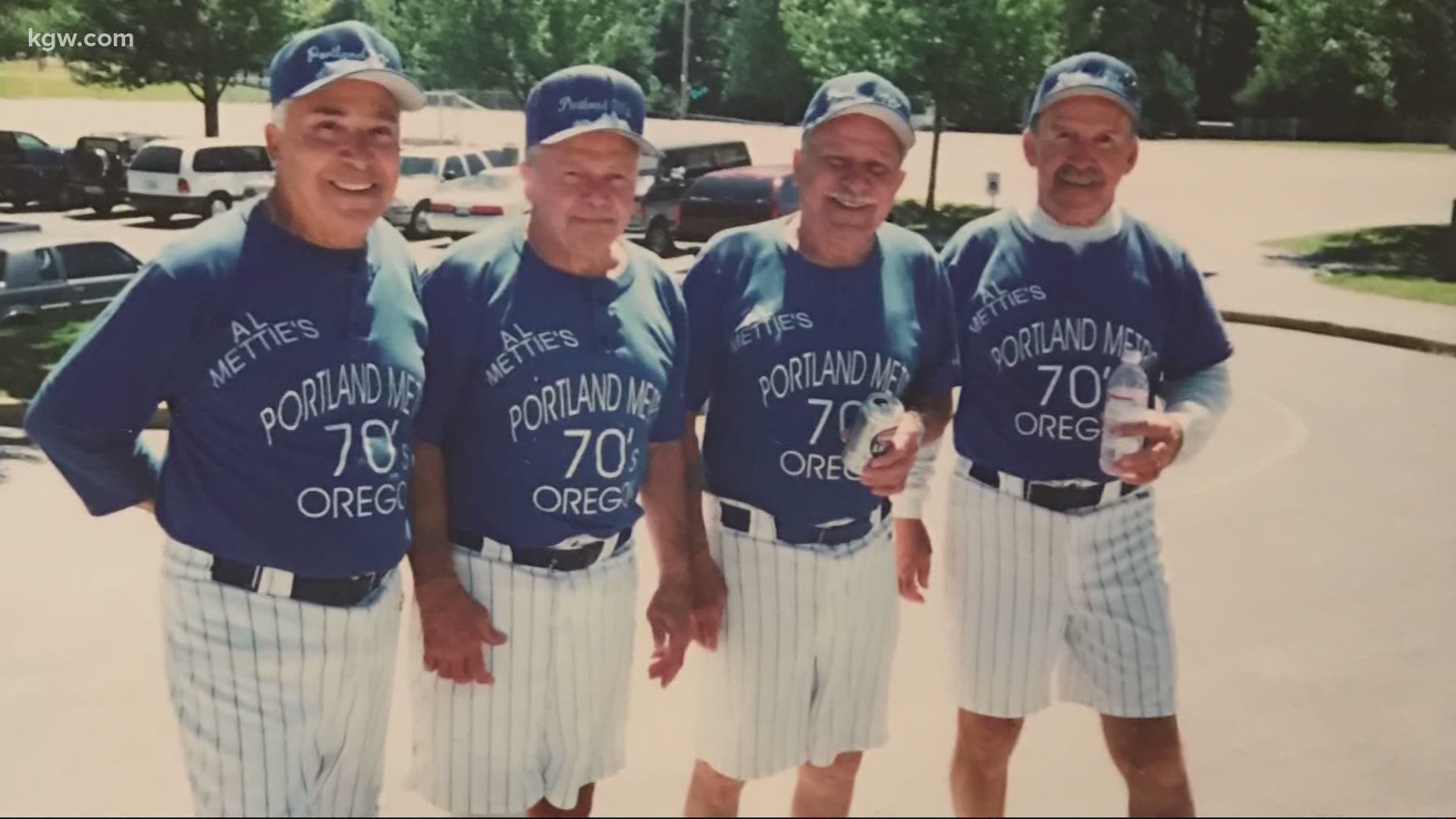 PORTLAND, Ore. — Carlo "Mouse" Fazzolari was a fixture among the softball community in Portland. Last week, friends, family and teammates gathered one more time at Hood View Park in Happy Valley to celebrate the life of a man they called Mouse.

His best friend, Red Hangland, shared some of his favorite memories taking trips together.

"We walked in there and guess who was sitting at the desk signing autographs?  Pete Rose. So Mouse gets up there and Rose said, 'What do you want on the picture?' He said, 'Mouse.' Rose looked at him and said, 'What kind of a name is that for crying out loud?' They put that on him when he was in grade school, little guy," Hangland said.

At the age of 89, Fazzolari died in February of bone cancer. He was a family man who loved to play ball.

"Winning or losing you could always count on Mouse," said teammate Doug Irons.

This was a special day. Fazzolari would have been 90 years old.

"His goal was to play ball when he was 90, he didn't quite make it, but he sure gave it a try," said Fazzolari's wife Faye.

Everyone got in their cars.  Players from multiple leagues, and of course his squad of Super Seniors, cruised by Fazzolari's home in Happy Valley.

Honking, baseball gloves waving, many holding signs in memory of Mouse. It was a tribute fit for an all-star.

"It represents the comraderie we have in our softball leagues," said Irons.

His wife of 66 years was overcome with emotion.

"Such a surprise and so heartwarming to know they're still thinking of him. Thank you so much everybody for coming this special day and they have made it more special."

Those bonds built on the diamond, shined on this day, the way they did so often at the ballpark.

"He would have loved it," said his wife Faye.

"They're up in heaven talking baseball," said Johnson.

A salute to the man they called Mouse.

RELATED: Coronavirus shut down professional sports around the world, but it gave esports a boost

RELATED: Tokyo Olympic CEO says games next year may not be 'conventional'