The Dodgers face elimination tonight in Game 5 of the NLCS in L.A. Meanwhile, the ALCS heads back to Houston with the Astros up 3-2. 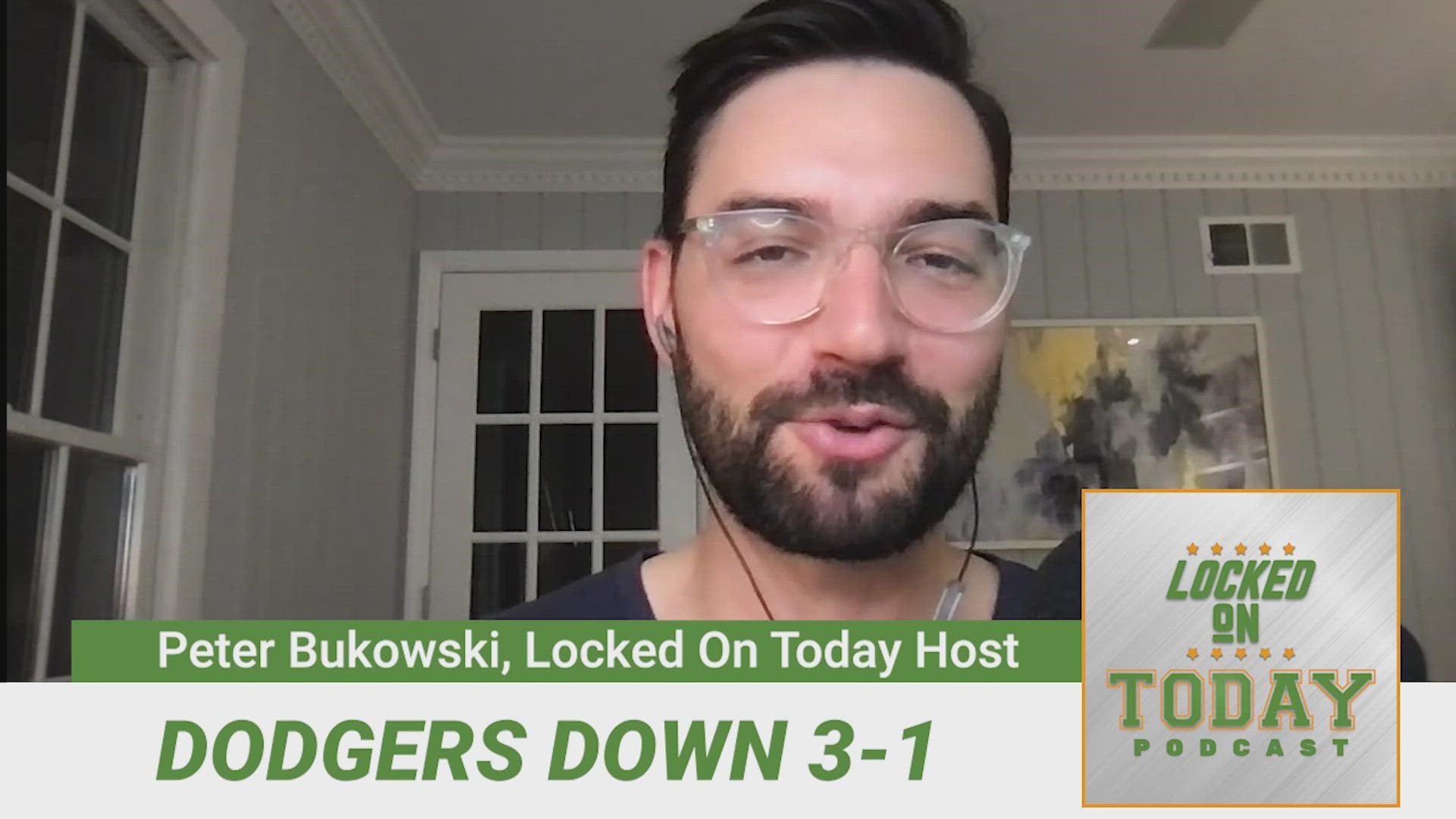 LOS ANGELES — Stop me if you've heard this before. The Los Angeles Dodgers are down 3-1 to the Atlanta Braves in the NLCS and facing elimination.

Of course, we were in this same situation last year and the Dodgers came back to win the series.

But, after pitchers have been exhausted and L.A.'s top of the order went a combined 0-for-15 on Wednesday, is there any hope for the Dodgers?

Jeff Snider of the Locked On Dodgers podcast joined Peter Bukowski on Locked On Today to talk about what needs to happen for the Dodgers to win Thursday and stay alive.

"I don't know what's going on with the offense, Trea Turner just suddenly forgetting how to hit is a mystery, Justin Turner same thing," Snider said. "Without those two guys doing their part, it's hard to get anything going and I do think lack of offense can be as contagious as offense."

The Braves went with a bullpen game on Wednesday while the Dodgers started Julio Urias, who came in on Sunday in relief. Urias gave up five runs in five innings on Wednesday.

SUBSCRIBE to the Locked On Dodgers podcast, free and available on all platforms

"I wouldn't have minded the Dodgers matching bullpen game for bullpen game and saving Julio for Game 5...I didn't like him pitching in relief, even if it had been successful I wouldn't have liked the call," Snider said. " He definitely didn't look sharp, didn't look like he had his best stuff. I don't know if he would have (Thursday) or not."

Starting pitchers have not yet been announced for Thursday's Game 5 between the Braves and the Dodgers in L.A. with the Braves having a chance to close out the series early.

Meanwhile in the ALCS, the Boston Red Sox are suddenly on the brink of elimination.

On Tuesday night going into the 8th inning, the Red Sox had a 2-1 lead and it looked like they were going to go up 3-1 on the Astros. But then the bats came alive for Houston and they stayed alive through Game 5 as the Astros took back-to-back games for a 3-2 series lead.

That series now heads to Houston.

Lauren Campbell of Locked On Red Sox joined Locked On Today to talk about the stunning last two days for Red Sox fans.