Oregon was seeking its first 5-0 start in eight years.

STANFORD, Calif. — Tanner McKee threw a TD pass on an untimed down at the end of regulation to tie the game and another on the opening possession of overtime to lead Stanford to a 31-24 victory over No. 3 Oregon.

McKee came back after leaving for a play on the final drive of regulation with an injury to tie the game on a 2-yard pass to Elijah Higgins after a holding penalty by Oregon in the end zone extended the game one play.

Oregon was seeking its first 5-0 starts in eight years. 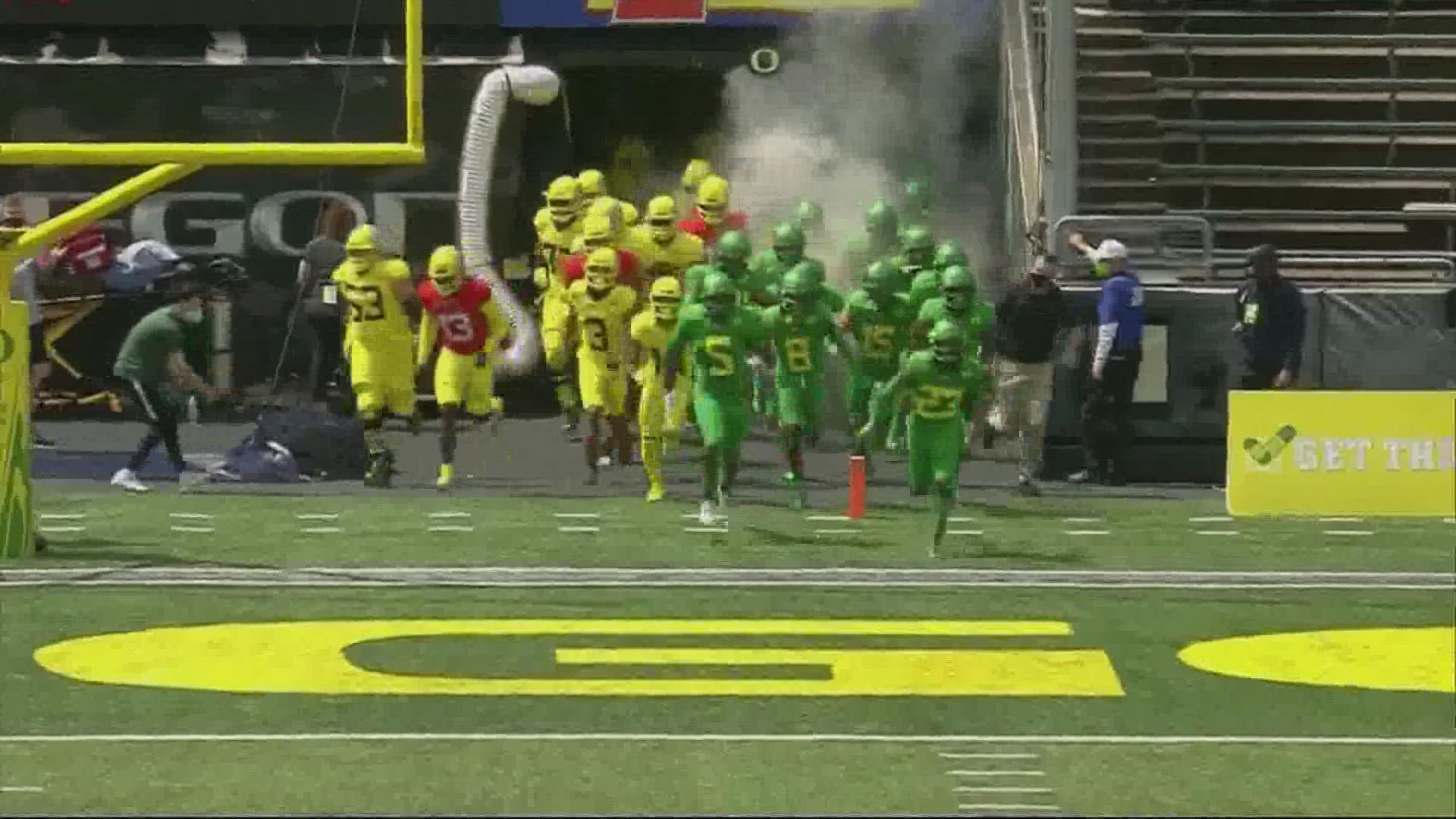 University of Oregon's student athletes getting help to monetize their brands