Samuel Mindra and his coach traveled six hours one way each week for a month to train. 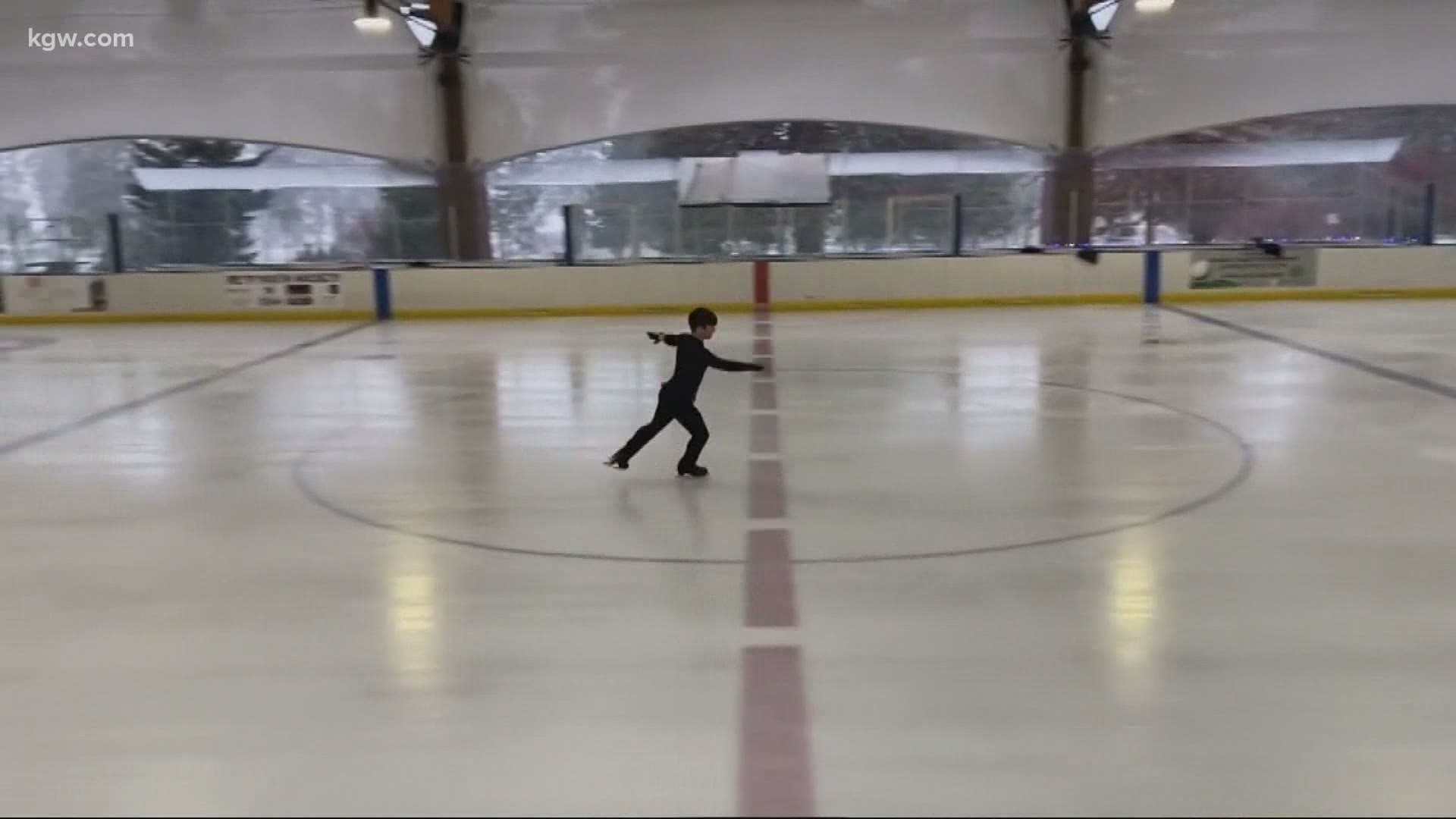 PORTLAND, Ore. — For the second year in a row, Happy Valley's Samuel Mindra competed at the US Figure Skating Championships.  This year because of the pandemic, qualifying was very different.

“We had a virtual competition, only got one shot and only had to do free skate.  The top 12 high scorers got to go to the Nationals,” said Mindra.

His coach recorded his virtual competition while being monitored by a proctor. The recording was sent to US Figure Skating for judging. It earned Mindra his spot at the Nationals in Las Vegas.

Because of the pandemic, training became challenging. Ice rinks were closed including the Sherwood Ice Arena where Mindra usually trains.

“I had to stop skating for three months after our rink closed," he said. "That was kind of hard. We did a bunch of off ice classes by Zoom, our coaches ran it. That kept me in shape for all the competitions.”

He trained at the Olympic training center in Colorado for a short time and skated in Tacoma until rinks in Washington closed in mid November.

To continue training he and his coach, Mari Malama, began making the six-hour drive to Klamath Falls. Mindra skated at the Bill Collier Community Ice Rink. It stayed open because it has an outdoor ice surface.

“We drove there every week and we stayed for five days. Came home on the weekend went back again for like a month,” Mindra said.

Even with limited training he was excited about the trip to the Nationals.

The journey wasn't the smoothest, but it was rewarding and he's looking to the future. He wants to go to the junior and senior world championships and then start coaching.