Leach on Area 51 raid: 'They might just test out the stuff they're testing on you'

He also talked about that football thing ahead of this Saturday's game against Northern Colorado. 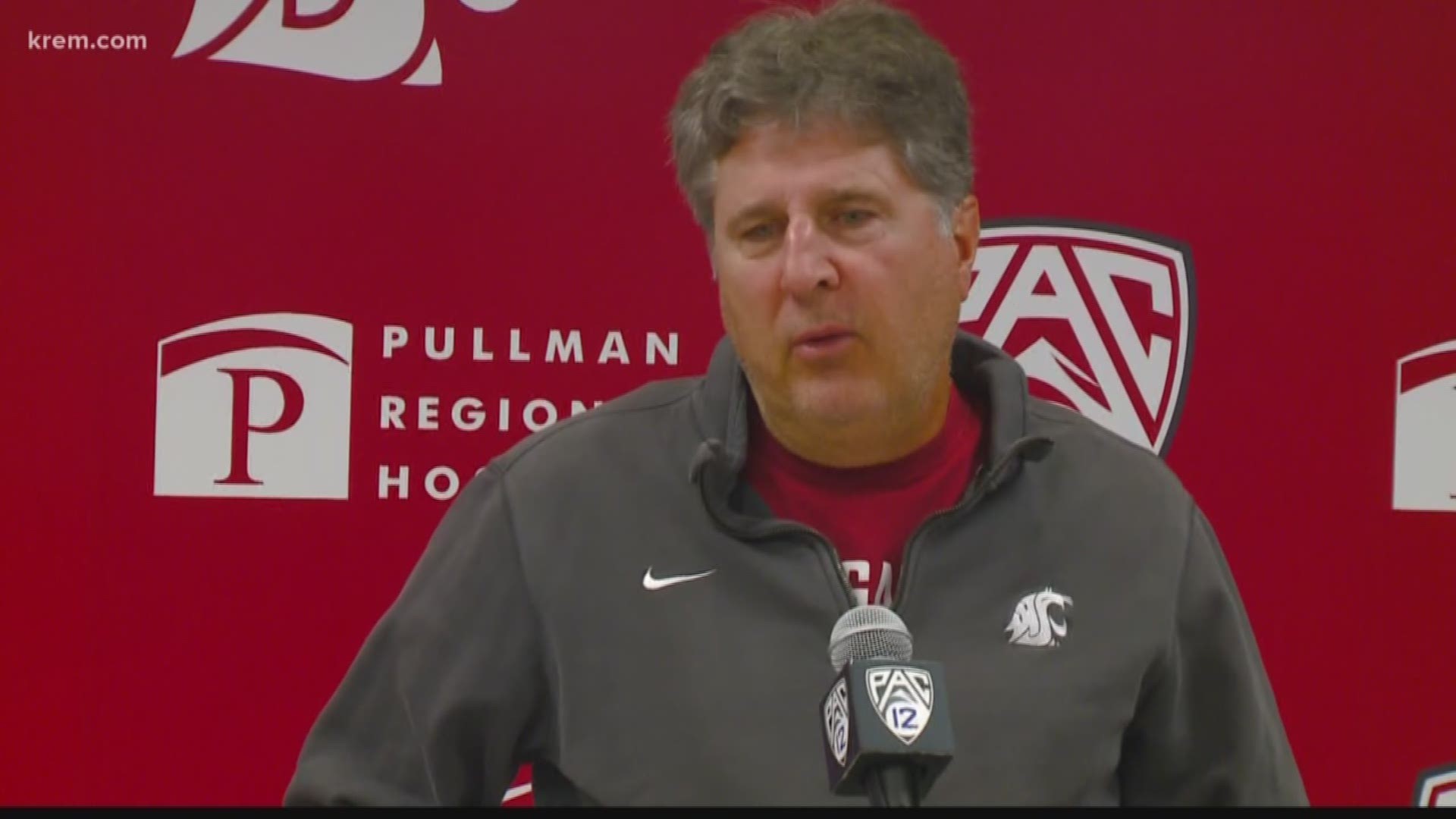 PULLMAN, Wash. — Washington State is coming off a dominant win against New Mexico State on August 31 by a score of 58-7.

Now the team shifts focus to Northern Colorado, although it should be an easy game. The Bears were projected to finish last in the Big Sky conference, which is an FCS league.

This should be a tune-up for the Cougs with a tougher match-up against Houston coming up the following weekend. Washington State head coach Mike Leach took to the podium on Monday ahead of this week's game.

ANTHONY GORDON LOOKS TO STAY IN A GROOVE

The quarterback is coming off an impressive 29 of 35, 420 yards and 5 touchdown performance. He should be able to pick up right where he left off against Northern Colorado.

The Bears defense allowed a 65 percent completion percentage to quarterbacks last season, along with 7.9 yards per completion. The team has also probably lost its top three pass defenders from last season.

"The checks he made were sharp," Leach said. "And then the other thing is he's been doing what he's been doing in practice and the ball is coming out quickly and naturally."

When your quarterback has a big game, your receivers will too.

The group of receivers for the Cougs had a big game against New Mexico State, especially when it came to yards after catch.

DEFENSE WILL HAVE CHANCES FOR SACKS

The defense came up with three sacks against New Mexico State and they probably should have had more.

There were a couple of instances where the Cougs were a couple inches away from getting a sack. Northern Colorado allowed 40 sacks last season and four in its season opener against San Jose State.

Okay, now the part a lot of fans probably clicked into this story for.

Leach was asked about the joke Facebook page to storm Area 51 on September 20 to find out if there's evidence of aliens. This is what he had to say about whether he would join the raid.

He also said if there were aliens that would be the first place to look.

RELATED: Stats that stood out in Washington State's week one win