The Lakers will play in their second consecutive state title game Saturday. 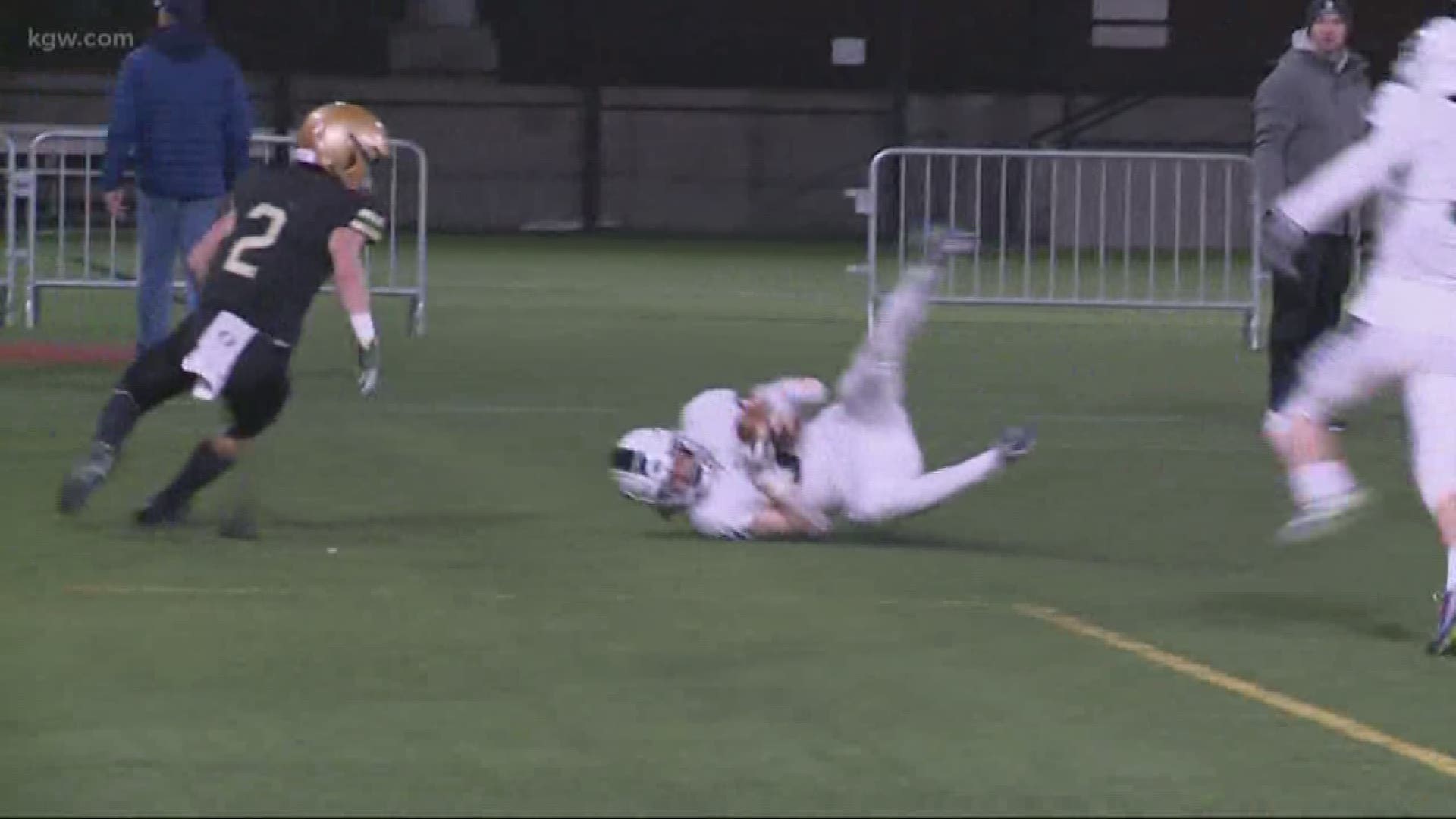 LAKE OSWEGO, Ore. — In sports, players are coached to play until the clock reaches double zeroes.

After all, the game isn't over until time runs out.

"Never give up and you always got a chance. He was the epitome of that," said Lake Oswego coach Steve Coury.

Coury has been at the helm of the Lake Oswego football team for 28 years. This Saturday he will coach in his 7th state title game. Winning his first in 2011 and again in 2018.

To coach Coury, football is more than a game.

"It's so much about, you learn so many lessons you can carry on the rest of your life and it's very valuable that's for sure."

One of the messages written on the walls of the men's locker room: "Always Compete."

During the fourth quarter of the Oregon state semi-final game against Jesuit, that's exactly what senior Joe Hutson did.

Jesuit had the ball on the 34, it was 4th and 7 and Jesuit was going for it. Using a flea-flicker, Jesuit's Jack Heyden threw it downfield to Kade Wisher and a touchdown seemed guaranteed. Hutson had other plans.

"As soon as I saw him pitch it, I knew there was something fishy about the play. He threw it and there was a brief second where he caught it and slowed down for a second. I was just hauling down the field and I just got there in the perfect amount of time, literally it was the half inch yard line where it could've been a touchdown," Hutson said.

"I've been doing this a long time. My father was a coach. I've been around it all my life and I will have to tell you that's the best play I've ever seen anybody make," Coury said.

Lake Oswego would eventually score again and go on to beat Jesuit 28-21.

Head coach Steve Coury may be the face of Laker football, but for more than a decade his assistant Jeff Young has been the voice.

Young wanted to drive home how good Jesuit played and how aggressive the Crusaders were.

Young has battled Amyotrophic Lateral Sclerosis (ALS) for more than 30 years and each week writes out a message for the team and has it read aloud.

"You talk about an impactful guy and a guy that can teach you a lot about life and impactful lessons and hard times and keeping a smile on your face and staying positive. He's the poster child," Coury said.

The play speaks volumes about the lessons Jeff instills on these young men. A message that Hutson says will stick with him for life.

The video of the play quickly circulated on social media and landed on SportsCenter's Top 10 list. On their Instagram page, it's been viewed almost a million times.

Despite the brief fame, it's not what Hutson is focused on.

"It's great, but we still gotta win a championship. That's what's on my mind right now."

Lake Oswego plays Central Catholic for the 6A state title on Saturday, December 7. The game starts at noon.