He's the seventh Oregon high school baseball player to ever be selected in the first round of the MLB Draft and the first since 1994. 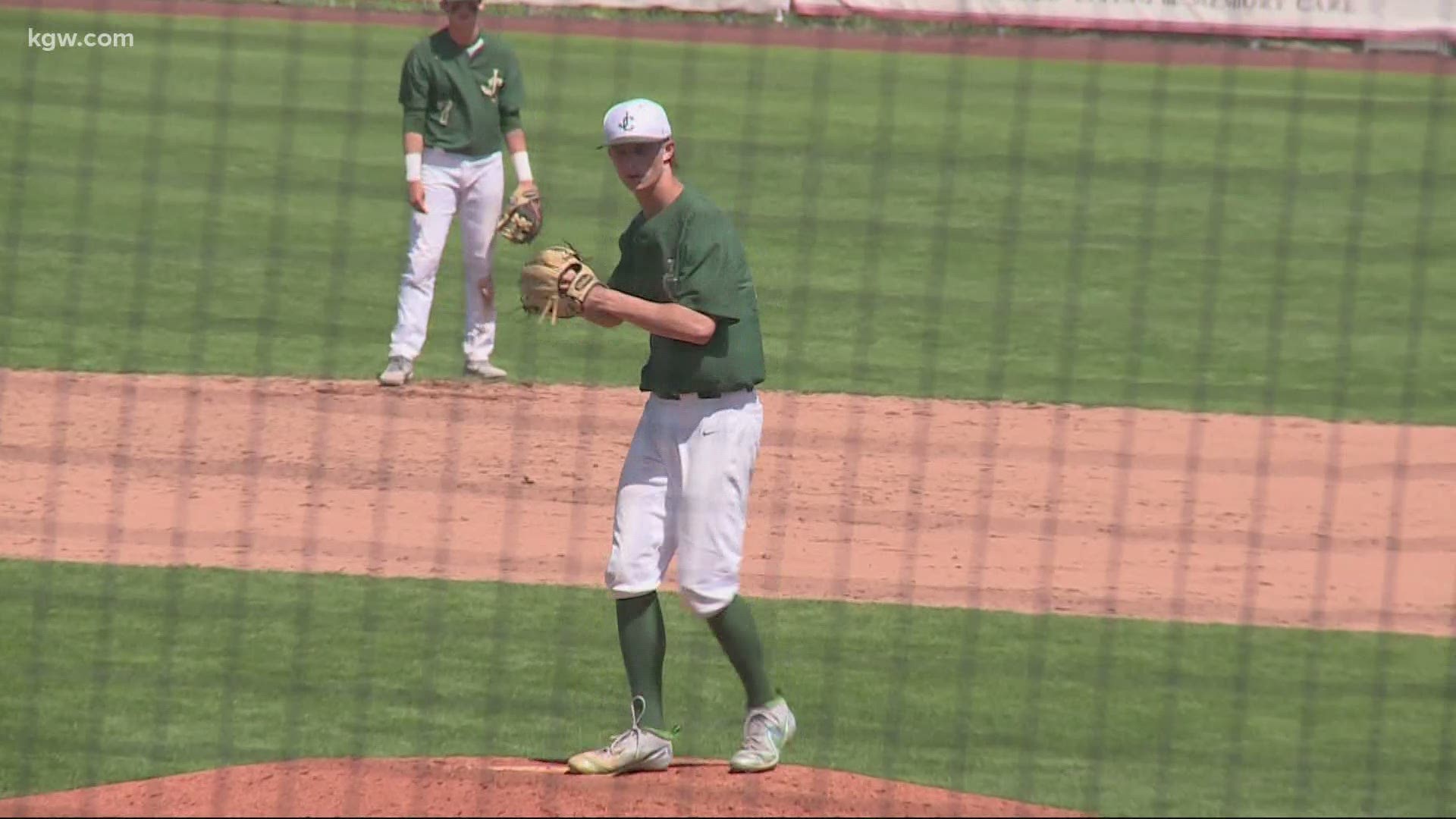 He's the seventh Oregon high school baseball player to ever be selected in the first round of the MLB Draft and the first since 1994.

The Philadelphia Phillies took Abel with the 15th pick.  Abel celebrated from home with friends and family.

"Right after I got the call and heard it on TV, Bryce Harper actually FaceTimed me. I thought that was pretty cool," said Abel.  "I got caught by surprise. I was kind of like, who's FaceTiming me? I don't have the number so I better answer. I see his face pop up and 'Oh, that's Bryce Harper, what the heck.'"

"Hitting in the 90's is so rare, so rare. I don't think Oregon baseball has really come across what Mick Abel can do," said Griffin. "Not only the fact that he can light up a radar gun, he's also got a ball that can run in-and-out, up and down, change levels. That is what makes Mick so different than every other kid," Griffin said.

Former Oregon State star pitcher Kevin Gunderson has been working with Abel for a few years at his pitching academy in West Linn.

"From the first day that I saw him, the ball came out of his hand different than most other kids. It was pretty electric," Gunderson recalled.

Abel is the Gatorade High School Player of the Year in the state of Oregon and signed with Oregon State. Scouts have been watching him for a long time and Gunderson says this is just the beginning.

"He's just scratching the surface. He's good now, he's in elite category right now, but he still has room for growth," said Gunderson. "He's only 18 years old. He hasn't physically matured yet. He's going to continue to refine his delivery and refine his pitches. I know it's cliche, but the sky really is the limit with him."

He'll be representing the Pacific Northwest in the City of Brotherly Love. He's the fifth Jesuit baseball player in program history to be drafted.

"He's impressed me a lot; great character, great teammate. He sounds like he's already been doing this for 15 years. He's going to represent the state of Oregon and Jesuit High School very well," said Griffin. "I hope that people watching understand that this kid Mick Abel is more than just a stellar athlete. He's a high character human being."

RELATED: Benson track star focused on the next level at University of Oregon