'I genuinely don't think all the measures were taken': OSU golfer calls out NCAA after it abruptly cancels regionals

The NCAA called its decision to scrap play because of rain unprecedented and difficult. 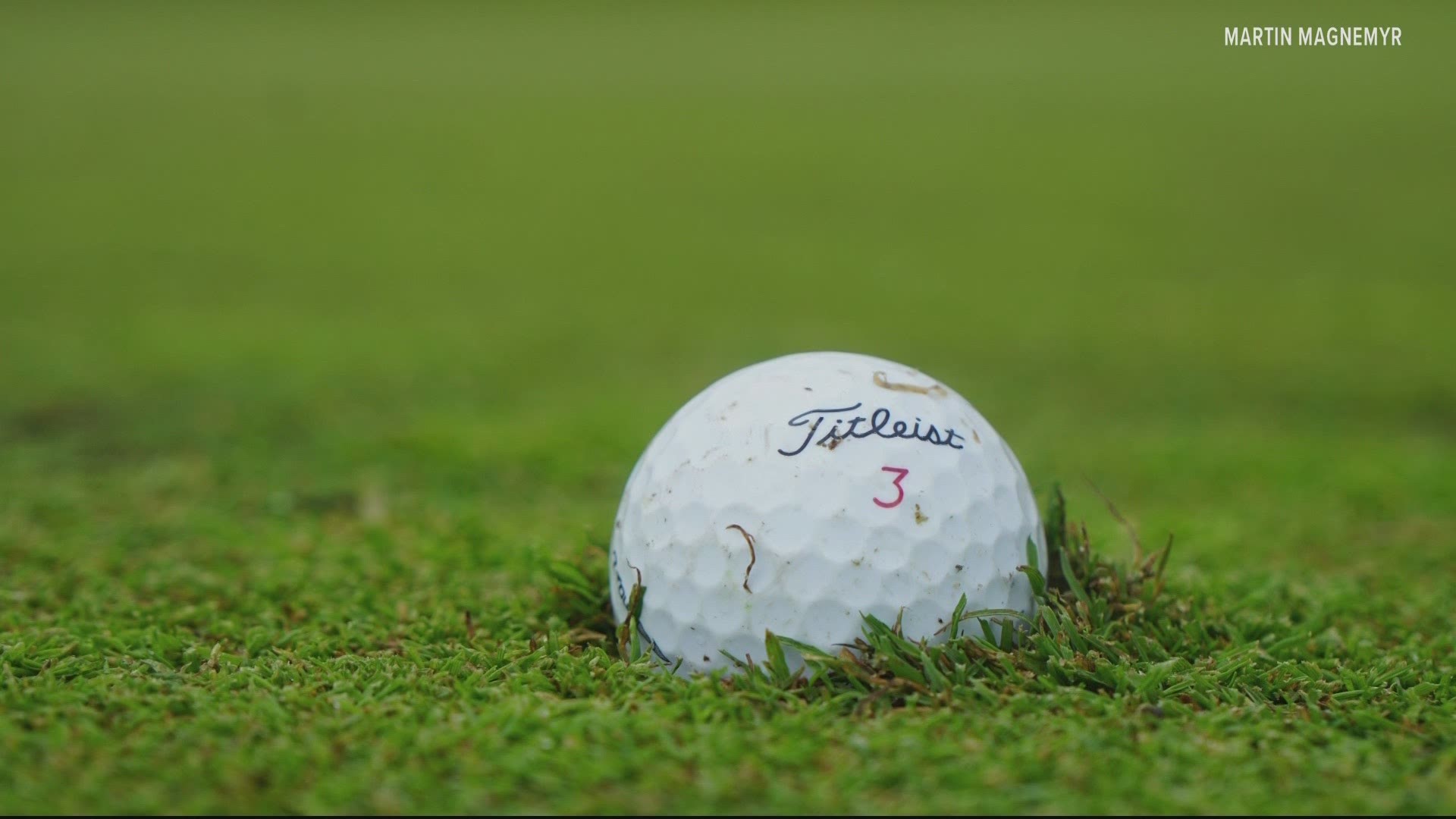 PORTLAND, Ore. — Near the Louisiana golf course where the NCAA women's regional tournament was to be played, an official scrapped play before a single shot.

"This is one of the most gut-wrenching decisions and announcements I've ever been a part of," the official said.

There had been several inches of rain in the area, according to the official. The course was playable, but not at a "championship level."

"You should be ashamed of yourselves," yelled some of the athletes. "That is so terrible."

Disgust consumed some of the best players in women's college golf. Nicole Schroeder of Oregon State University was among those who were upset.

"It was shock," she said. "It was frustration. It was sad. It was anger. All of the things because there was nothing I could do about it."

KGW caught up with Schroeder during a layover on her unexpectedly sudden journey back to Corvallis.

Schroeder wholeheartedly believes play would not have been canceled if women's golf was a revenue-producing sport or if the student-athletes were men.

"It really felt like all the measures weren't taken and it could've been taken or (they) had the ability to take those measures if we were treated as equally," Schroeder said.

"We are very disappointed how LSU and NCAA communicated and treated us for the past two days," tweeted a golfer on the University of Miami women's team. "This is the reality. There is no denying it."

You may recall that not even two months ago, the University of Oregon's Sedona Prince took to social media to call out the NCAA over the glaring differences between the amenities at the women's basketball tournament in Texas and the men's in Indiana. Prince's video received more than 17 million views and led to some immediate changes.

At this point it is unclear what, if anything, comes of the canceled golf tournament in Louisiana. What is clear is that the top six teams based on original seeding will advance. U of O is among the bunch. Oregon State is not.

"My message to the NCAA is that we need to be better," Schroeder said.

The fifth-year OSU senior is adamant this situation will not define her. Schroeder is hoping it will be a catalyst for change.

"I hope we're the last people to ever, ever experience this pain because of others not doing the most for us."