How Oregon was represented at the NBA championship game

Two former graduates of Oregon universities are with the Milwaukee Bucks organization; another was front and center on national TV. 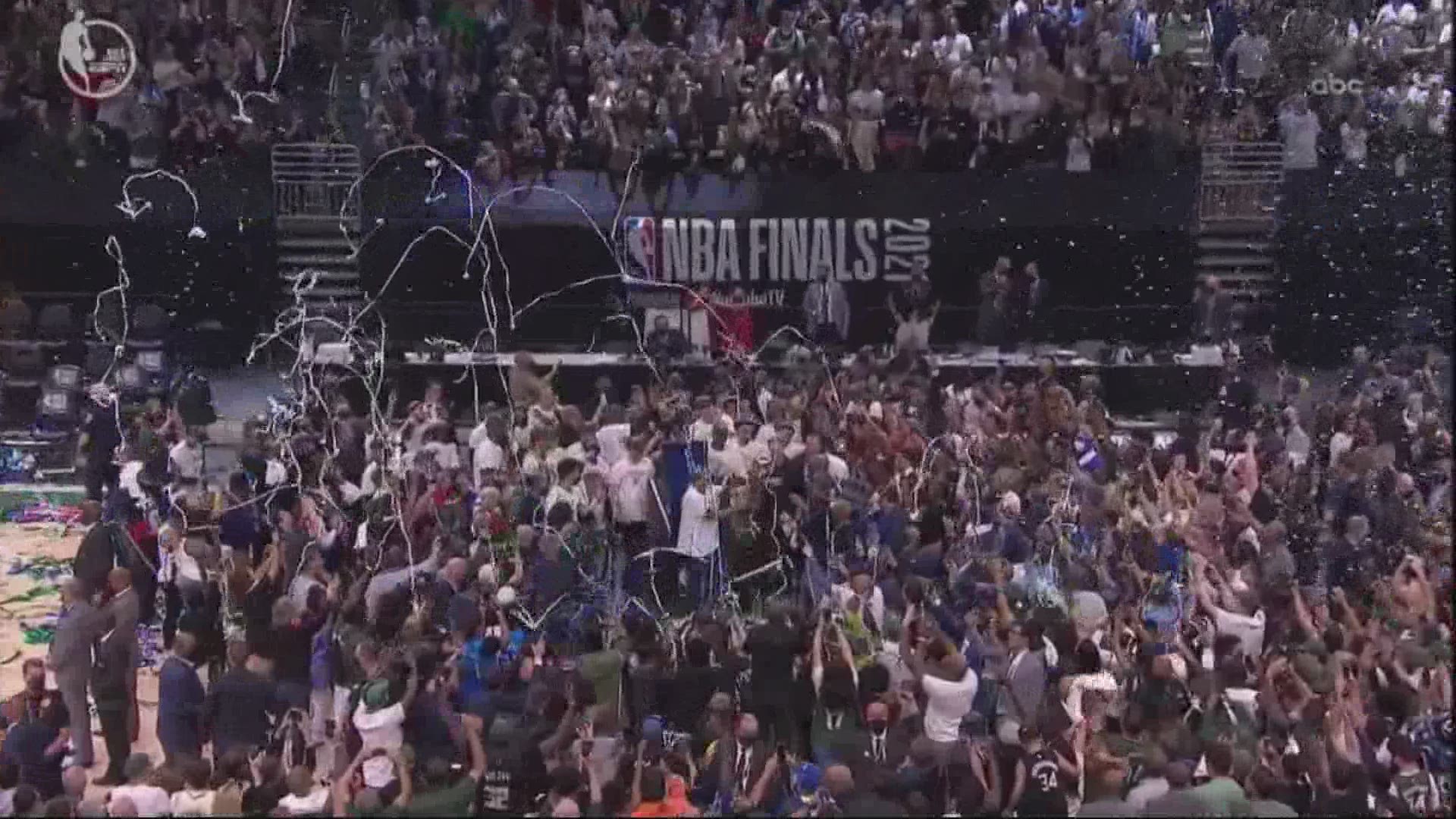 PORTLAND, Ore. — The Milwaukee Bucks are NBA champions after beating the Phoenix Suns 4-2. It's the team's second title, winning their first in 1971.

The Bucks have two Oregon university graduates within the organization.

The team is co-owned by Wes Edens, a 1984 graduate of Oregon State University. Edens, along with his partner Marc Lasry purchased the Bucks in 2014 for $550 million.

Ben Sullivan is a 2007 graduate of the University of Portland. He's an assistant coach on the Milwaukee Bucks staff under head coach Mike Budenholzer.

"The thing I noticed was his intelligence, the questions he asked," said Eric Reveno, former head coach at the University of Portland. Reveno is currently the associate head coach at Georgia Tech.

"He thought the game very well, he was cerebral in the way he cut, the way he moved. He wasn't the most athletic of players, but he made up for it with his intelligence and feel for the game," Reveno said.

After Sullivan graduated, Reveno said he expressed an interest in coaching. Reveno said he brought Sullivan back to be a video coordinator for the Pilots. A short time later he left to become an assistant coach for a junior college team.

"I got a call from Mike Budenholzer, the current head coach of the Bucks when he was at the Spurs and they were looking for a video coordinator," Reveno said. "And I said, do you want him to be really good with computers, and they said, no we need him to be tall."

"Ben (Sullivan) started at San Antonio and really won them over after his first season there, they were telling me how great Ben is," Reveno said. "Ben's just really built a niche for himself as a shooting coach and teaching shooting. He's very patient, very thoughtful, the way he talks to guys."

After the championship game, standing at mid-court of Fiserv Forum was University of Portland graduate Malika Andrews, an NBA sideline reporter for ESPN. According to The Athletic, Andrews, 26, is the youngest broadcast reporter to host the Larry O'Brien trophy ceremony.

"She's a big deal and she's been a rising star for awhile." said Nancy Copic.

Copic is the assistant director of Student Media at the University of Portland. She was Andrews' mentor while she worked for the student-run paper, The Beacon.

"She was excellent from the start, just a standout from the start. Just being really sharp, gutsy, someone who would just really go for it. Hard worker, diligent as anything," Copic said.

Andrews had no journalism experience when she applied for a job with the paper her sophomore year. Copic said Andrews wasn't necessarily planning on pursuing a career in journalism.

"She thought it was interesting, but being on the Beacon was what she tells me what made her decide to go into the field of journalism. She did not aspire to be on television. She wanted to write and report on sports, which she has a passion for."

Andrews became a sports reporter for the paper and was ultimately promoted to managing editor her senior year. After graduating, she interned with the New York Times, landed a job with the Chicago Tribune before joining ESPN as a reporter covering the Milwaukee Bucks and Chicago Bulls.

Andrews was a sideline reporter for ESPN inside the NBA bubble after a pause in the season due to the COVID-19 pandemic and was named NBA Finals sideline reporter just days before the Finals started. Her work at mid-court earned her high praise from her fellow journalists.

Just want to give a well-deserved shout out to Malika Andrews. She was thrust into an incredibly difficult position, with zero notice, after only a couple of years in this crazy business….and she ROCKED IT.
Great job, @malika_andrews
I am so so happy for you.

"To see her succeed like this is so gratifying to me, she deserves all of this success. This is just the beginning for her. Mark my words, you will be hearing a lot more about Malika Andrews and even seeing her on bigger platforms," Copic said.

Malika Andrews was named to Forbes 30 under 30 to watch in sports.