Alex Hurlburt was born without a left hand and it hasn't stopped him. 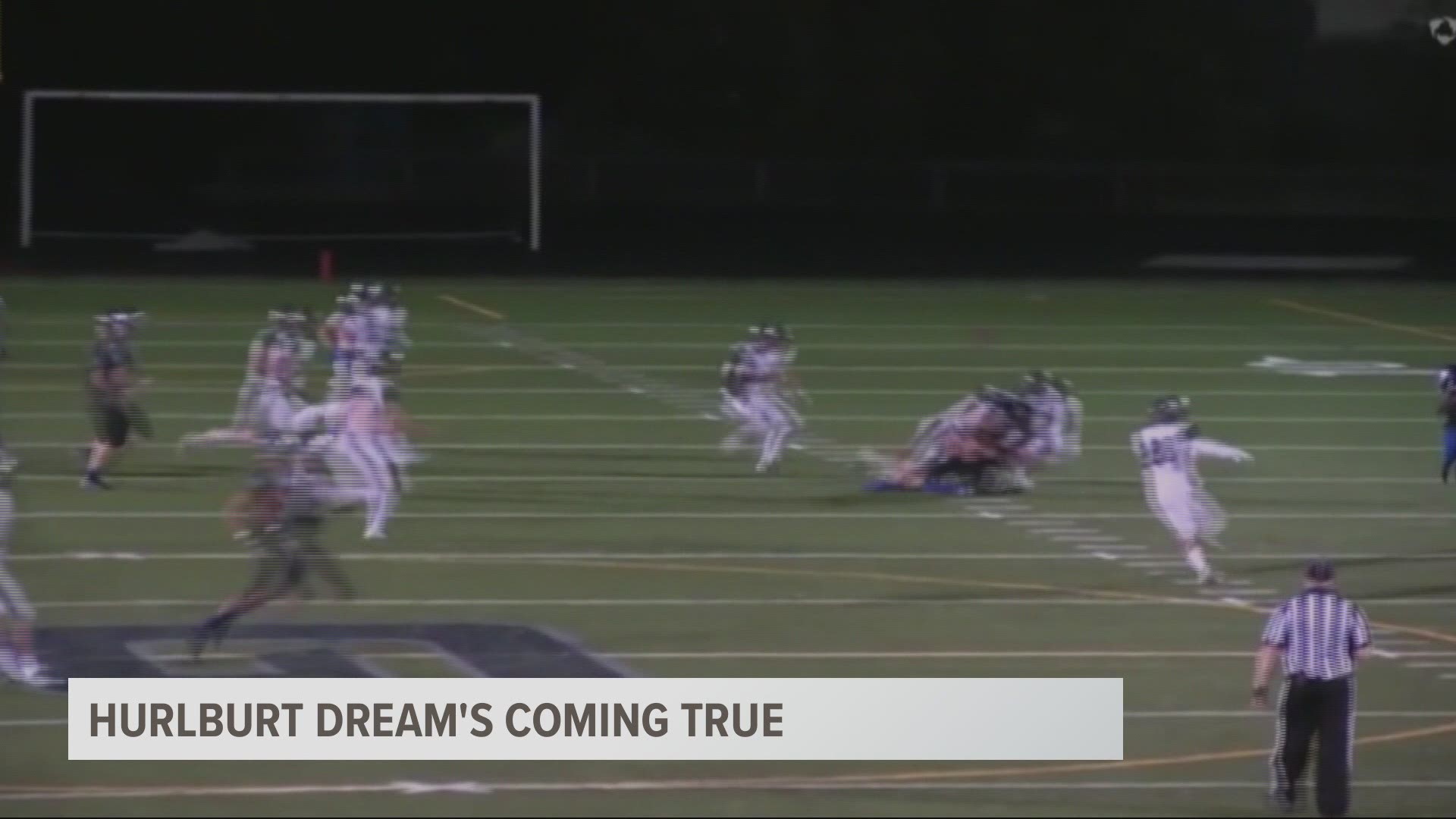 West Salem linebacker and defensive end Alex Hurlburt got to meet one of his idols on Saturday.

Hurlburt, who was born without a left hand, posted a picture on Twitter of himself with Seattle Seahawks linebacker Shaquem Griffin, the first one-handed player drafted in the NFL. Hurlburt called the meeting a once in a lifetime opportunity.

Hurlburt is still writing his own inspirational story. He will be playing for the University of Montana next season. Read his full story below.

Alex Hurlburt is often the best player on the field.

A linebacker and defensive end for the West Salem Titans, he was named the Greater Valley Conference’s Defensive Player of the Year and colleges took notice.

“Getting that first full offer was just amazing. I really started seeing that I could do this,” Hurlburt said.

He received multiple offers to play at the next level. He committed to play at Montana and he’s already feeling the love.

“I haven’t even gone to my official visit yet and they’re all behind me, ready for me to come play,” he said. That’s one of the biggest things for me was to see that and to really know that’s where I want to be.”

He was born without a left hand and it hasn’t stopped him.

Over the past two years, his body has transformed, gaining 40 pounds. He was determined to reach his goal of playing college football.

“I wanted to be the best one out there, that’s the reason why I wanted to play, not because I have a disability,” Hurlburt said.

Seeing Seahawks linebacker Shaquem Griffin make it to the NFL is a motivation for him.

He’s received thousands of notifications on his phone after tweeting that he wanted to meet the Seahawks linebacker. Griffin responded with “I see you, bro” followed by two emojis—a flexing bicep and praying hands.

“I know he doesn’t do that a lot, so I know it was a once in a lifetime type of thing. It was pretty sweet,” Hulburt said.

Hurlburt hopes he can inspire people the same way.

“Really it just comes down to him giving me hope, me giving other people hope, I think that would be pretty cool,” he said.