District leaders initially told KGW the district would not be offering limited in-person instruction in time to allow the football team to begin its season. 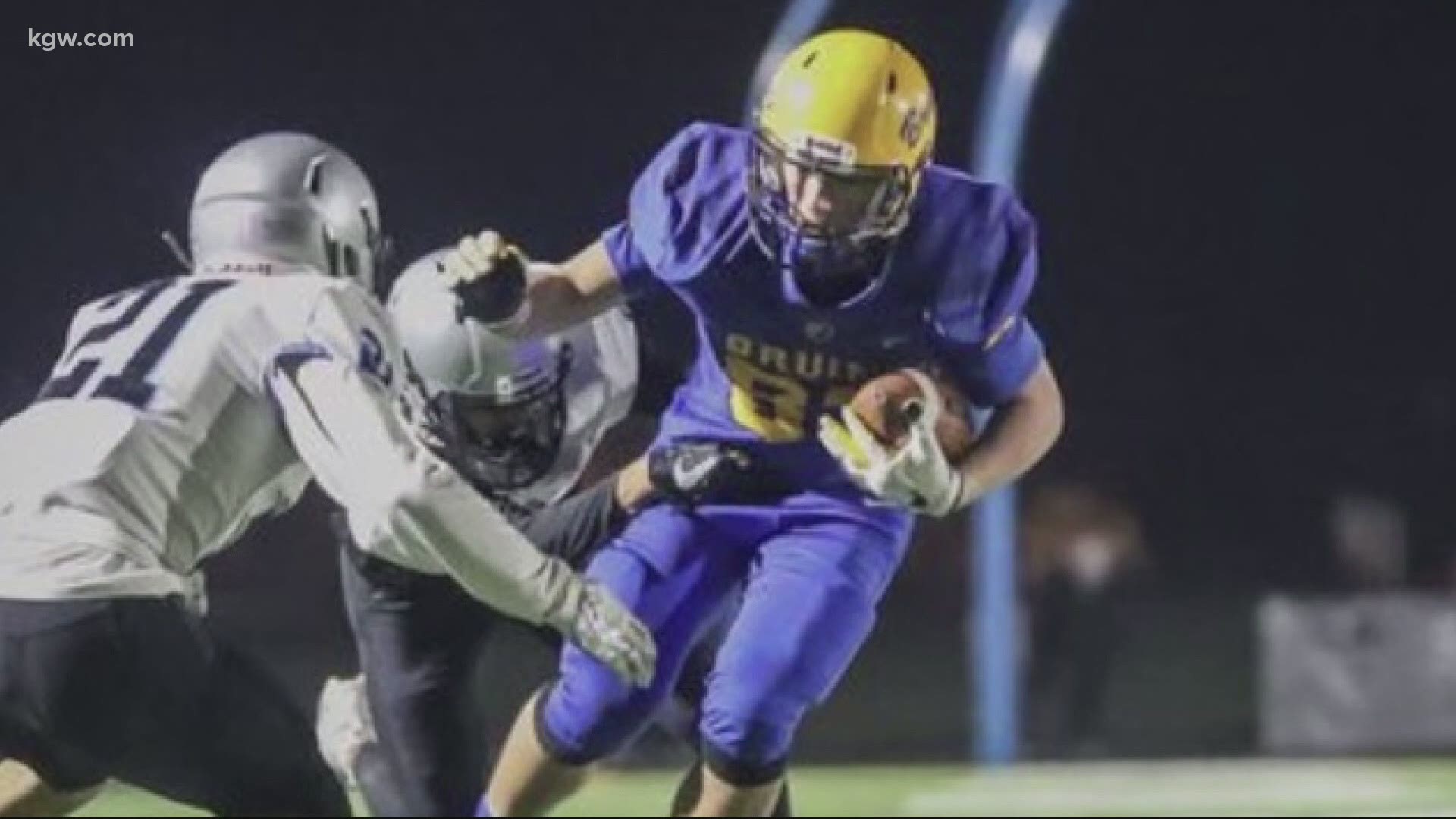 UPDATE (Feb. 23) - The Gresham-Barlow School District announced it will opt in to 11-on-11 football this season. A news release from the district said the decision was made after the Oregon Health Authority (OHA) released the latest school health safety metrics for Multnomah and Clackamas Counties on February 23.

High school football teams across the state are practicing ahead of the start of the season. It is an excruciating sight for Jackson Kane.

"It's the hardest thing, really," he said.

Kane is a senior tight end and inside linebacker at Sam Barlow High School. He found out late last week the Gresham-Barlow School District is opting out of the football season. Kane and his teammates were devastated.

Coaches are hurting, too. They are imploring district leaders to reverse course.

It is easier said than done. District leaders told KGW that school districts, among other things, need to be offering limited in-person instruction in order to play football. As it stands right now high schools are not expected back in the classroom in the Gresham-Barlow School District until March 8. Ramping up practices then and fielding a competitive team is just not feasible.

"Our careers have been dedicated to putting kids first and we continue to try and do that while following our obligations to make sure the district is within the law," said John Koch, executive director of K-12 education for the Gresham-Barlow School District. "It's a tough thing to balance."

"I definitely feel for them," added Ty Delgado. "I think everyone in the state can."

Delgado knows exactly how the Sam Barlow football team is feeling. The Parkrose lineman thought his senior season would not happen until Monday when he learned Parkrose was opting in for the season.

"I immediately felt something in my heart," he said. "It was pumping, no joke. It's something I've been waiting for forever."

The wait continues for Jackson Kane. He is hoping something changes and Sam Barlow gets to participate in the season, even if it is an abbreviated one.

"A season is a season and being able to go onto the field one last time with my best friends is extremely important to me," Kane said.

The district is offering players a chance to compete in 7-on-7 games and "lineman challenges." Players and coaches are not thrilled with the option and would rather play full contact 11-on-11.