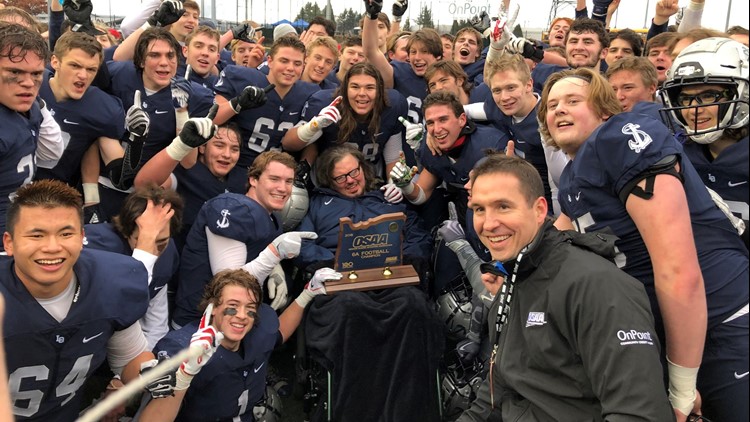 It’s the first state title for Lake Oswego since 2011, when the Lakers defeated Sheldon 47-14.

Casey Filkins scored all five touchdowns for the Lakers, four rushing and one receiving. He finished the game with 90 rushing yards on 16 carries and had five receptions for 77 yards.

Sheldon got on the board first with a field goal. But Lake Oswego answered with two touchdowns to take a 13-3 lead midway through the second quarter. The two teams traded touchdowns to finish the quarter and the Lakers led 20-10 at halftime.

Sheldon quarterback Michael Johnson Jr. scored on two short touchdown runs to cut the deficit to 26-24 early in the fourth quarter. A 40-yard field goal by Sheldon kicker Jay Kartub put the Irish ahead 27-26 with 5:54 left in the game.

But the Lakers answered with a 7-play, 75-yard drive, capped off by a one-yard Filkins touchdown run. Lake Oswego converted a two-point conversion to take a 34-27 lead. The Lakers held on in the final two and a half minutes to seal the victory.

Click here for full box score from the game