Alert teammates saved the life of Westview High School lacrosse player Colby Clay after he collapsed during practice and his heart stopped. 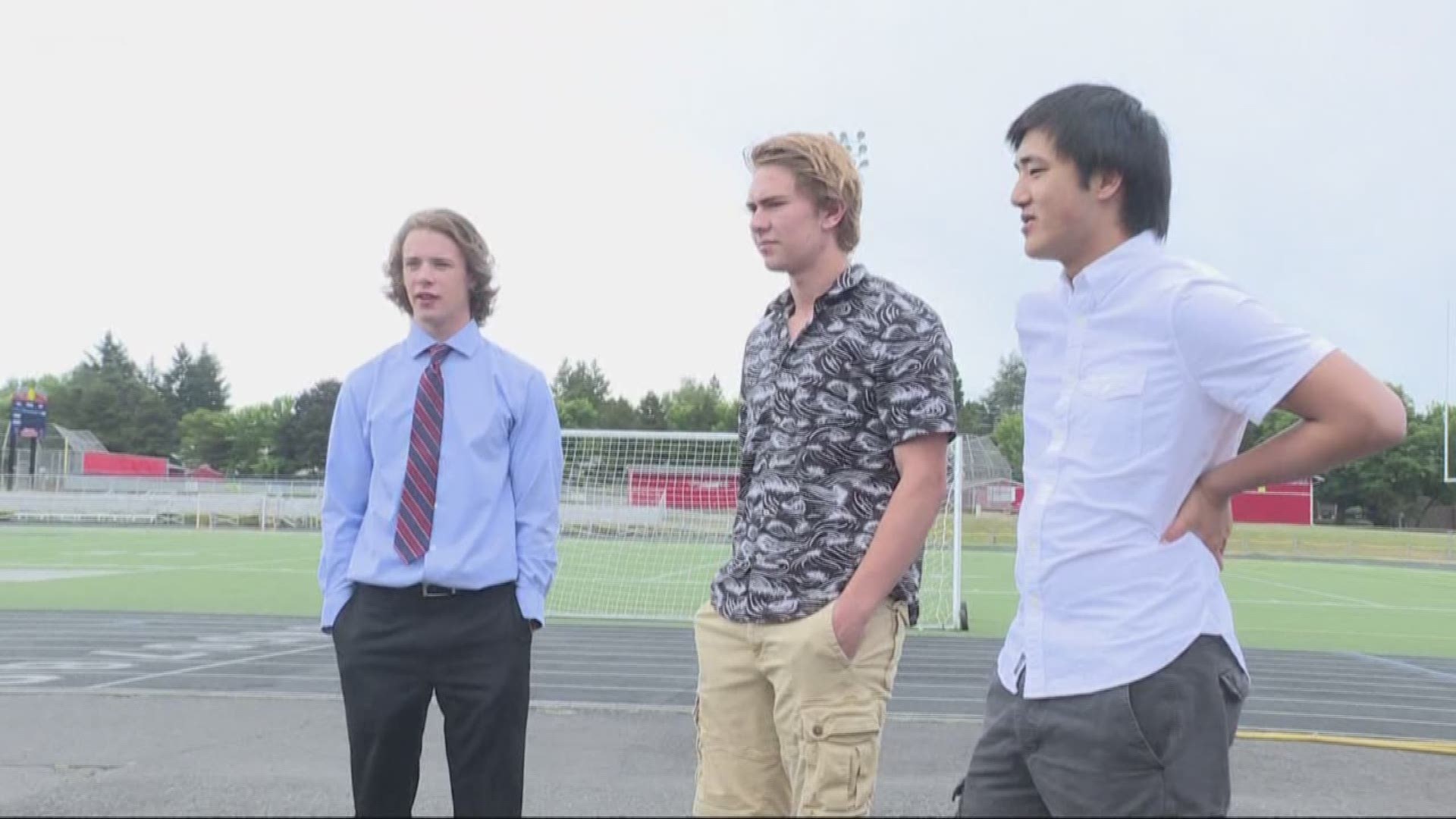 Ben Balzer said the team was going through some six-on-six drills May 23 when Colby was struck in the chest with a ball that had slipped through protective padding.

Colby dropped to the turf face first, players thinking he was joking. But Ben saw that his eyes had rolled to the back of his head. He rushed to his phone and called 911.

"I don't remember anything. I just saw a white light," Colby said in a school video about the episode.

Fortunately, senior and teammate Ben Wu is in the school's Health Careers Pathway program. He diagnosed the heart seizure, started CPR and a defibrillator kit was brought to the field.

Watch the players recount the incident

Ben Wu was about to use the paddles when police arrived and took over. He had been so focused on Colby that as he stepped aside, the scene made him break down in tears.

Colby did not wake up until he was in the hospital. His mother told him what happened. The condition is called commotio cordis.

The fortunate teen sums up the day's drama this way.

"Thanks for saving my life Ben Wu."