This was a special day, not just for Damir Collins and Nathan Rawlins-Kibonge, but for Jefferson High School and the surrounding community. 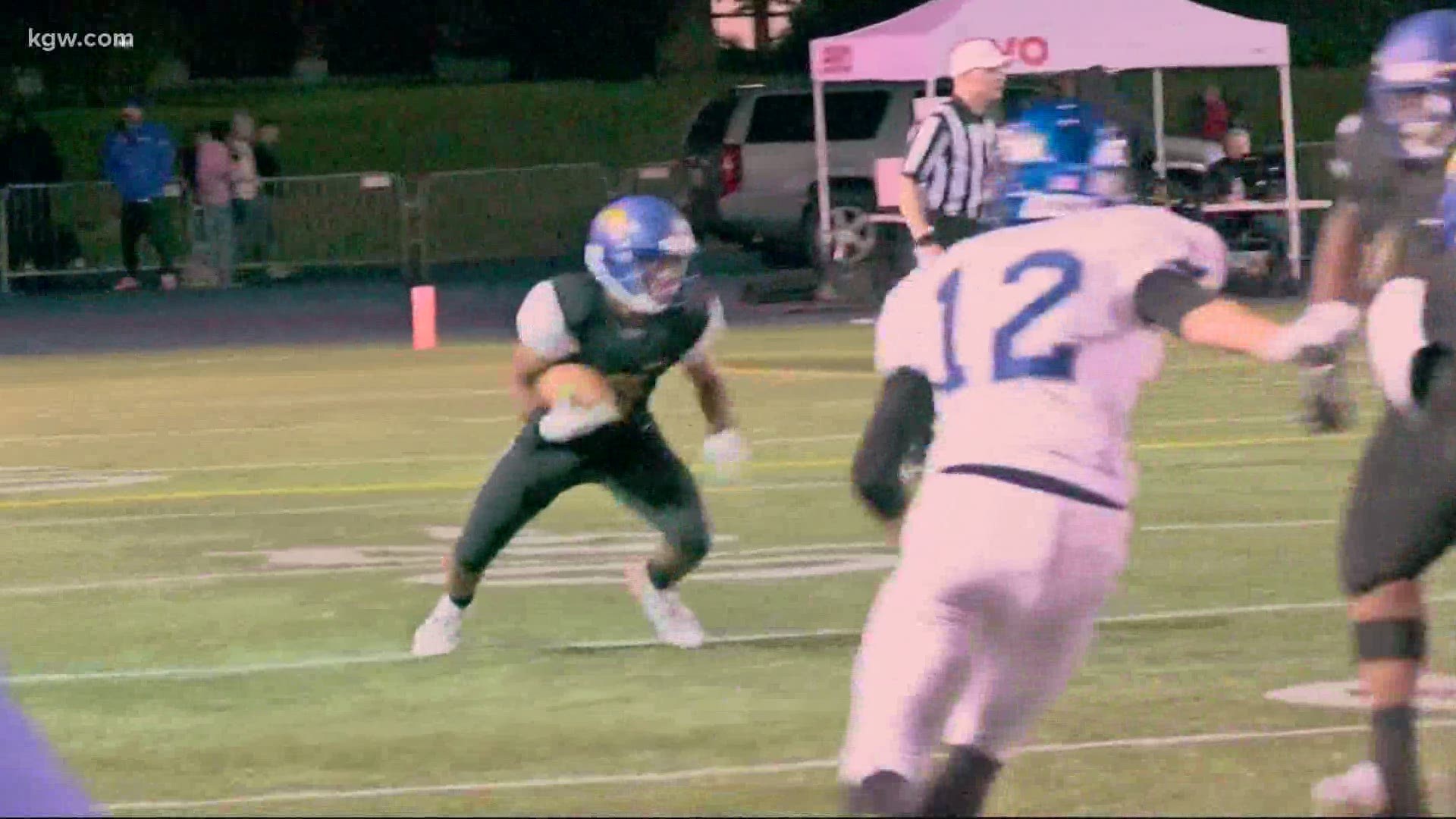 PORTLAND, Ore. — Two of Oregon's most heavily recruited football players in the class of 2021 play for Jefferson High School. In front of family and friends, Damir Collins and Nathan Rawlins-Kibonge announced where they plan to play at the next level.

"I'll be committing to, you already know, hometown hero, Oregon State University," said Collins as he put on a Beavers cap.

Collins is rated as a four-star recruit by 247Sports. He picked OSU over finalists Cal, Maryland and Ole Miss.

"It's a great coaching staff and I feel at home already," said Collins. "I don't have to get comfortable, I just feel at home when I go to Oregon State. I'm not going to be homesick. I'm home already, so I can just go and ball out."

"I think he can help me be a man first, then help me get an education and then help me be successful in getting to the [NFL]," said Collins. "He was one of the only coaches that really stayed up with me late night and watch game film. He supported me on this way. Even if I didn't go to Oregon State, he would have supported whatever other college I go to."

Before this season, Rawlins-Kibonge was known for his game on the basketball court. He picked up football for the first time his junior season and that's when he got the attention of programs across the country.

"I looked at it and said, do I want to get to the NFL or what do I want to do? I want to make it to the league. I want to put my family on my back and Oklahoma, I felt, is the best place to do it," said Rawlins-Kibonge.  "They really showed me how much they want me and how important I am to them, so I had to do it. So, go Sooners. Boomer Sooner."

Rawlins-Kibonge is a four-star defensive end. Listed at 6-foot-7 and weighing 240 pounds, he picked Oklahoma over schools like Miami, Nebraska, Tennessee and Stanford, among others.Hoops may not be out of the question when he gets to Oklahoma.

"I do want to play basketball my first couple of years and they have presented me with that opportunity. That's probably what I'm going to do. I'm excited to be in that red," Rawlins-Kibonge said.

This was a special day, not just for Collins and Rawlins-Kibonge, but for Jefferson High School and the surrounding community.

"Not a lot of times you can see two Black kids from Northeast Portland come and do this, so just the fact that me and my brother Damir will be able to better ourselves through education, better ourselves through our craft, it's beautiful," said Rawlins-Kibonge. "It's something the world really needs right now. Two positive, Black male role models. It's something that we're trying to be and thriving to be. It's one step closer to the bigger picture."