Dynamic duo shine on the Portland basketball scene, ready for next challenge in Arizona

Lamar Washington and Marquis Cook put the state on notice, leading the Jefferson Democrats to a championship in 2021. 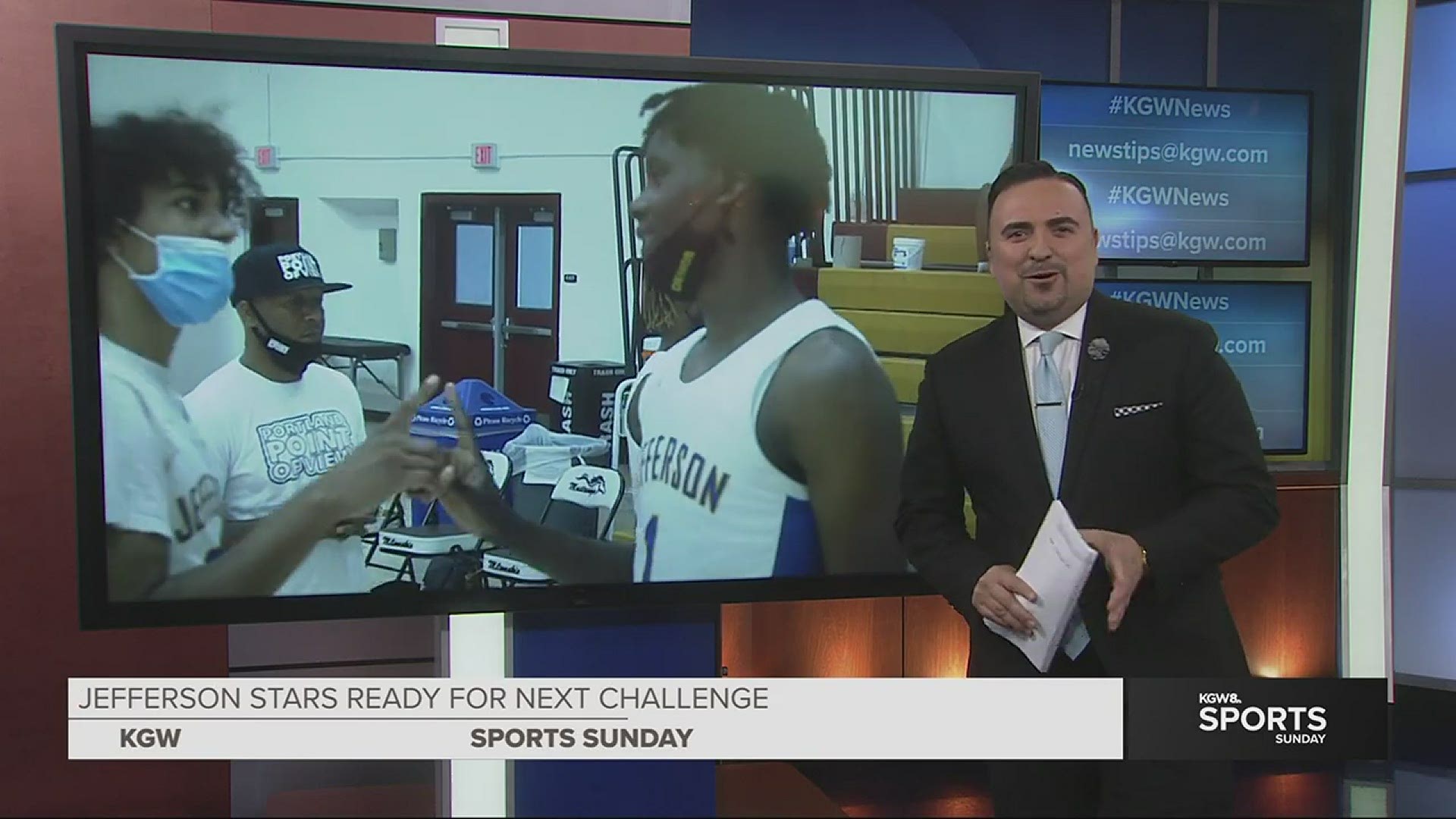 PORTLAND, Ore. — If you didn't see them play together, you missed out.

Lamar Washington and Marquis Cook put the state on notice, leading the Jefferson Democrats to a championship in 2021.

"Me and him have been playing together since we were little. This is my best friend and we're doing this," Washington said. "We really grinded together from little ones, so it really just means a little bit different."

Washington wrapped up his junior year as the state's leading scorer, averaging 31 points per game, highlighted by a 52-point performance against Wells during the first week of the season.

He's the reigning Gatorade Player of the Year in Oregon. The hard work is paying off.

"I was always the one coming off the bench, the chubby one, I was never the one people were saying, 'Look out for him,'" Washington said.

Cook got the nickname "Mookie" from his mother when he was a baby. It stuck ever since. He's listed as a 6-foot-5 forward who can do it all.

He closed out his sophomore year as a five-star recruit, one of the top-ranked players in America for the class of 2023. He's also one of the highest-rated prospects the state has ever had and the offers from Division I colleges are piling up.

"It means a lot being able to see it and hearing it, it boosts me up, but you always gotta stay grounded and always know I gotta keep working," Cook said.

"Playing basketball growing up, I didn't think of us being how we are now, being this good. I didn't think about it in the moment, just playing the game I loved, so seeing this happen is definitely very humbling," Cook said.

The marathon continues for the two of them.

"It's really just crazy, sometimes surreal, but the job's not done. We haven't done anything yet, it's just hype," Washington said.

They share a bond, growing up together in the same neighborhood in Northeast Portland.

They're focused on the same hoop dreams. They pushed each other through the pandemic. With all the uncertainty that came along with the past year, they decided to move to a prep school in Arizona next school year to play on the national circuit together. They'll be competing with A Z Compass Prep School in Chandler, Arizona.

"My mom was easy, actually. She was the one saying, 'You need to go, I'm tired of cooking and cleaning,'" Washington said with a smile. "I want to be on the national schedule for my last year, really get seen, 100%. No ifs, ands or buts about it."

Cook wanted to be put to the test.

Never satisfied. Being the big fish in PDX next season wasn't in the cards for them. Ready for a new challenge.

"I put in so much work," Washington said. "I want to prove myself against the top of the top, best of the best."

No matter how far they go, their love for Portland will always be there.

"Northeast Portland means everything to me, that's my home, I rep it hard," Washington said.