Not being able to be together with teammates hasn't stopped some high school athletes from getting ready for the upcoming season. 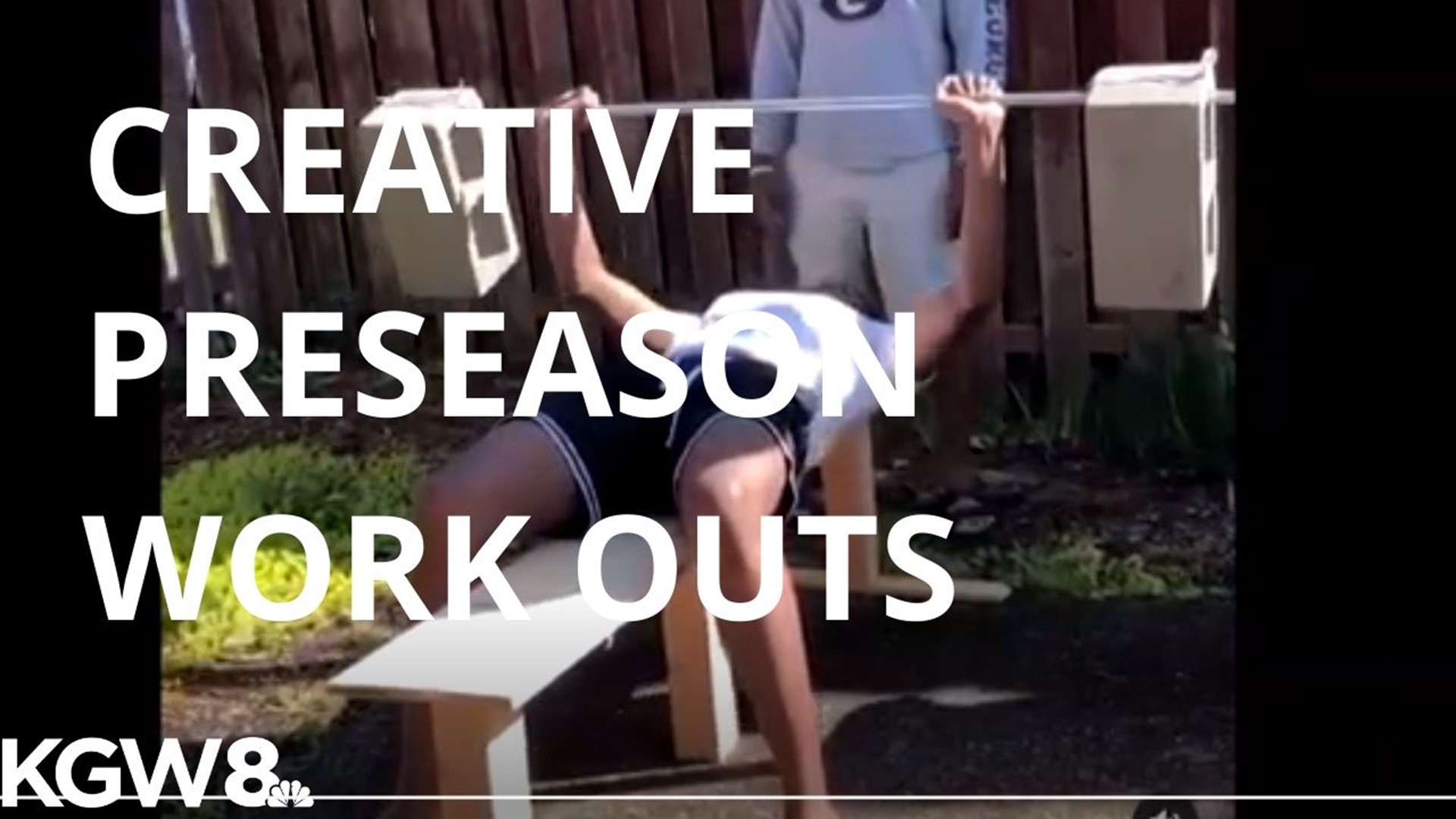 PORTLAND, Ore. — This is the time when high school football teams would typically be coming together for workouts and preparing for camps. But they can't do that right now due to the coronavirus pandemic.

"The earlier you can start building that bond as a family, the better you are in the end," said Sherwood linebacker Bryan Cuthbertson. "That's one of the big things we're missing out on right now."

But it isn't stopping players from staying ready for the upcoming season. They're doing the work from home.

"I couldn't go to the weight room, so I started panicking. I called friends and family and I put together an impressive weight collection," said Sherwood defensive end Jeffrey Manning. "I went to Home Depot and I bought some materials and I went ahead and built a spot rack."

Even if they don't have the equipment, players are finding a way.

"Our strength coach sent out some emails about how to make some weights at home," said Central Catholic head coach Steve Pyne. "His thing is, weight is weight, no matter what form it comes in."

The Rams' Jack Bennison and Gavin Jackson transformed pieces of wood into dumbbells.

Zachery Grisham used a tree to run in place and work on resistance training.

The Sunset Apollos are getting stronger too. Conor Byrnes is lifting his bike to build muscle, while Jelani Thurman is bench pressing cinder blocks.

The Sherwood Bowmen are getting creative with it as well. Jack Causey is taking squats to the next level with a tree trunk on his shoulders.

They're having fun too and that's when the couch lifting challenge was born.

"You can get the couch as much as you want it to weigh. Just add people," said Cuthbertson.

Being at home can be tough.  These workouts have helped them build bonds and create a routine.

"Working out, it kind of helped me get back in a rhythm like I used to, instead of just sitting around and not doing anything," said Sherwood running back Holden Gilbert.

These guys are motivated and they believe they'll be able to play again.

"I'm really staying hopeful. I'm hoping it happens. If we get a couple of games in this year, I'll be happy.  I feel like there's a lot of expectations on this team this year," said Cuthbertson.

"I'm really excited," said Manning. "I believe there will be a time, we just don't know when, right now."

RELATED: What will the return of high school sports look like? OSAA releases guidelines for summer workouts

RELATED: Portland-area football coaches plan for the unknown as players get creative at home