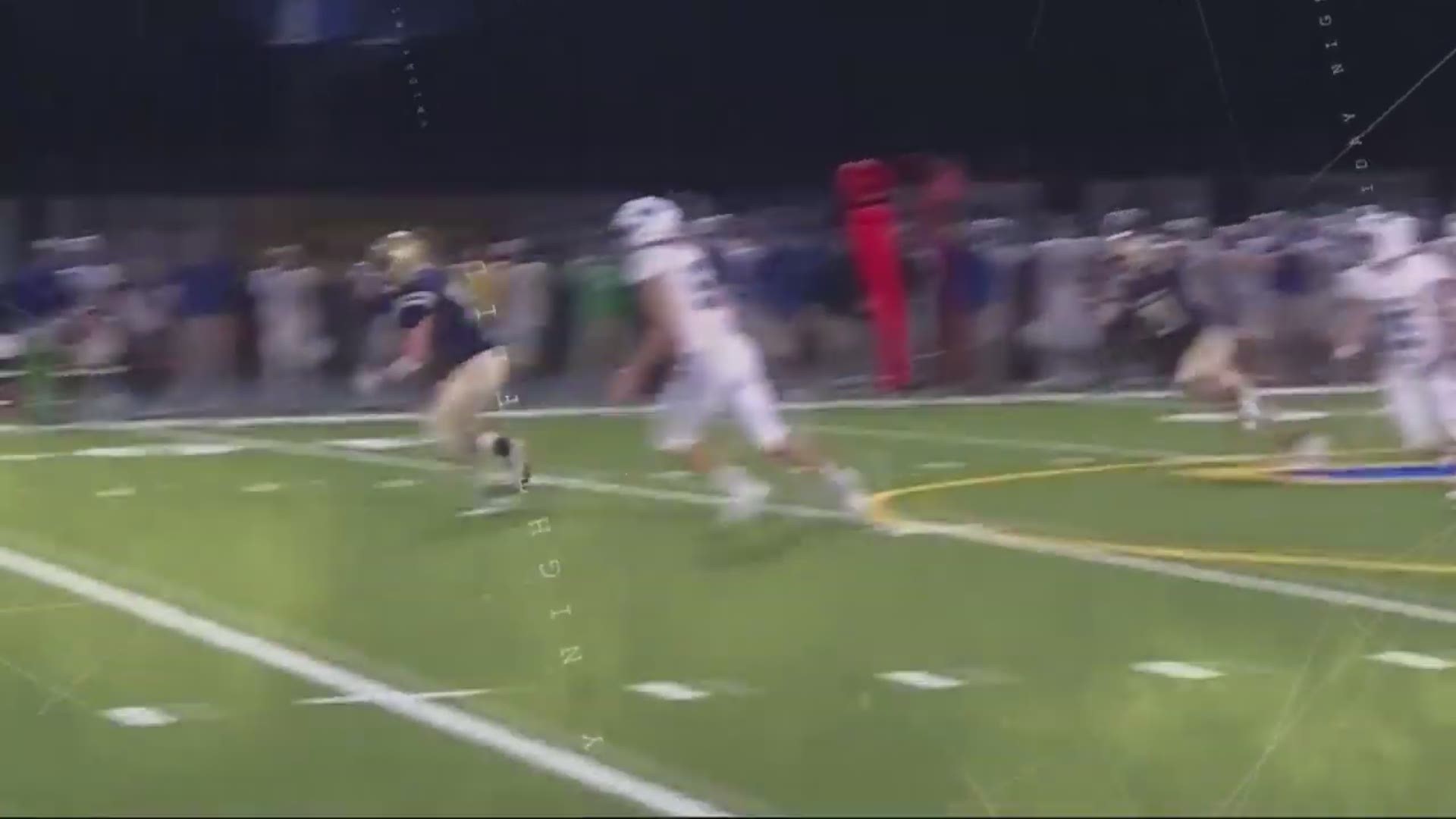 PORTLAND, Ore. — We’re at the midway point in the high school football regular season but there was no slowing down for Week 5 of Friday Night Flights with Orlando Sanchez.

The show airs during KGW News at 11 each Friday night of the high school football season.

Game of the Week

After more than 76,000 total votes, fans chose Westview at Aloha as their Game of the Week.

The game ended up being all Aloha, who has climbed to No. 7 in the 6A state rankings. The Warriors took control early and did not take their foot off the pedal against their 185th Avenue rivals. Aloha knocked off Westview 61-13 and improved to 5-0 on the season.

Jefferson rolls to 62-15 win over Gresham

Sky 8 flew over six games. You can watch the games at the following times in the recorded video below:

For scores of all the games in Oregon, visit the OSAA website.