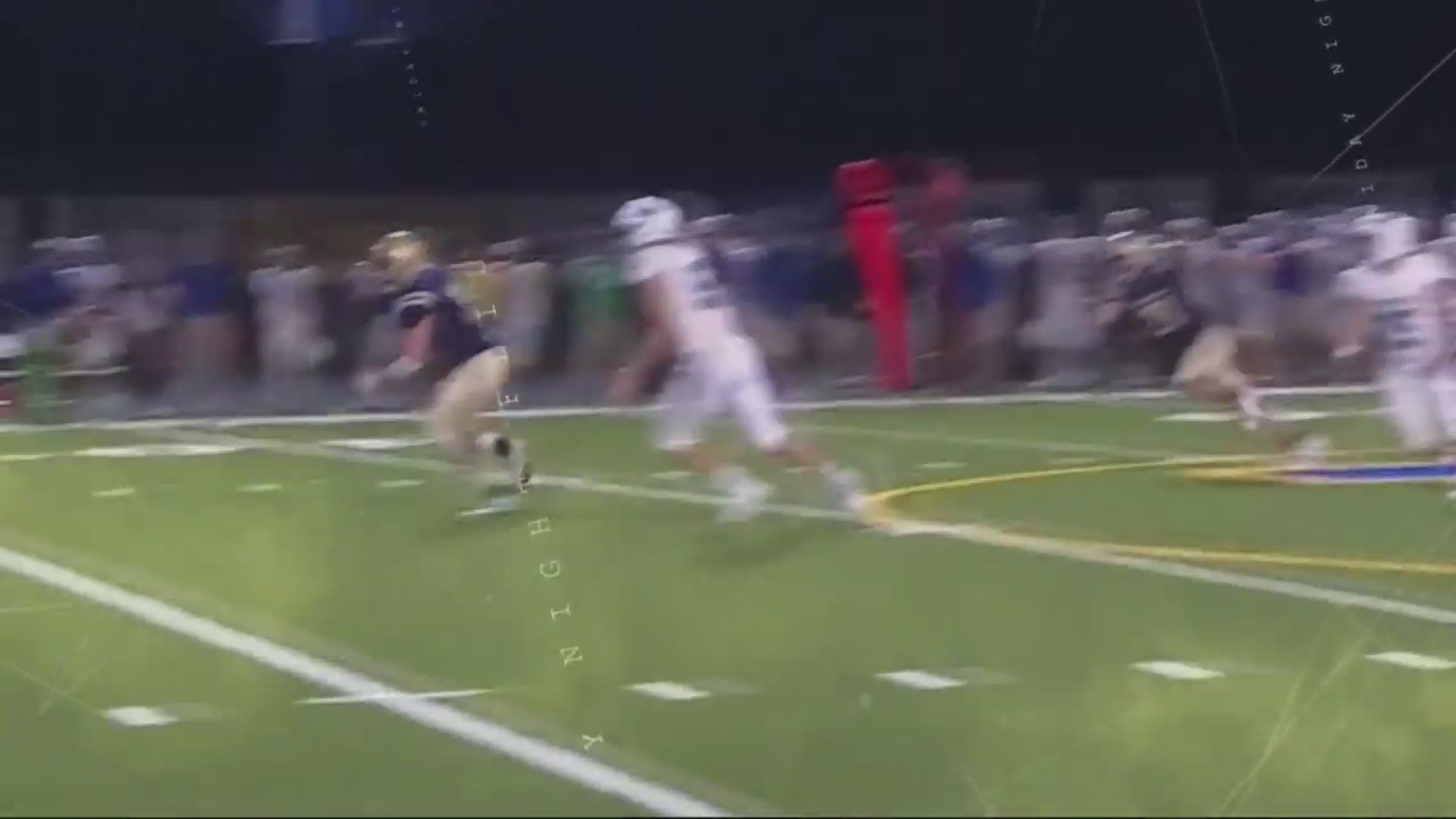 PORTLAND, Ore. — The high school football season is winding down, but the playoffs continued to heat up.

The 6A quarterfinals were Friday night and KGW had photographers on the ground to bring you highlights of each matchup.

Full highlights of each game are posted below. The full episode of Friday Night Flights with Orlando Sanchez is posted above.

Jesuit, behind running back Kade Wisher, got out to a 35-7 lead. However, a pair of special team touchdowns helped Tualatin cut the lead to 35-28 in the fourth quarter. But the Crusaders finished the game off with a fourth quarter touchdown to win 42-28.

When these two teams played in the regular season finale, Lake Oswego cruised to a 41-17 lead. This game was tougher. Lakeridge had a 14-7. But the Lakers, behind star running back Casey Filkins, scored 17 straight points to take a 24-14 lead and held on to win 24-21.

Central Catholic's offense was nearly unstoppable all game, led by running back Elijah Elliott's three touchdowns. The Rams jumped out to a 14-0 lead, aided by a couple early West Linn turnovers. The Lions responded to tie the game at 14. Central Catholic scored at the end of the first half to lead 21-14. The Rams built a 42-21 lead into the fourth quarter before the Lions scored a couple of late touchdown to make it a one-possession game.

No. 9 Barlow completes fourth quarter comeback to beat No. 16 Mountainside 20-16

Barlow got out to a 7-0 lead but Mountainside appeared poised for another playoff upset, pulling ahead 16-7 in the second half. But the Bruins scored two touchdowns in the fourth quarter, and held off a last-minute Mountainside drive to seal the victory. Barlow is heading to the semifinals for the first time since 1991.

More playoff games will be played on Saturday. For a preview of those games, click on the link below.

RELATED: Friday Night Flights: What to watch for in the high school football quarterfinals, semifinals