Here's a look at the quarterfinal and semifinal games in Oregon and Southwest Washington.

PORTLAND, Ore. — We're down to the final handful of playoff teams across Oregon and Southwest Washington. Let's take a look at the third-round matchups:

All games are Friday, Nov. 19 unless noted otherwise:

It wasn't easy, but Jesuit escaped Clackamas with a 19-7 win in Round 2. Celebrating his 18th birthday, Tyree Blake grabbed an interception and returned it for a score to seal the win for the Crusaders. For a team that's had more of a ground-and-pound style for the past several seasons, they've taken to the air a lot more this year. Quarterback Jacob Hutchinson threw for 134 yards in the damp conditions.

Jack Layne connected with Gabe Olvera for three touchdowns, including an 80-yarder, as Lake Oswego took care of McNary 35-14. After holding off a comeback by Newberg in Round 1, the Lakers' defense clamped down in the second half for the win.

Lake Oswego has won the past five meetings against Jesuit, including three playoff matchups. The Lakers won 28-21 when these teams met in the 2019 semifinals. The winner of this game advances to meet the winner of:

Making their second long trip of these playoffs, the Sherwood Bowmen went down to West Salem, used turnovers to jump out early, then held on in the end for a 35-27 win. Cody Hall grabbed seven catches for 148 yards and three touchdowns.

Central Catholic dominated Mountainside in Round 2, grabbing a 48-17 win to advance. Ellis Bynum rushed for 120 yards and three first-half touchdowns to lead the Rams.

These two teams have only met twice since Sherwood moved up to 6A.  Both were Central Catholic wins in the regular season.

We got the high-scoring affair we expected from Tualatin and Westview in Round 2. Malik Ross scored six touchdowns, five of them in the second quarter (sadly, he is NOT available for your fantasy football team) to lead the Timberwolves to a 58-25 win. The Tualatin defense also grabbed six interceptions in the victory.

The winner of Summit-Tualatin advances to the semifinals to meet the winner of:

A lot of us have been waiting for this rematch. West Linn won by one point, 28-27, when these teams met back on Oct. 8.

In Round 2, Lakeridge went down to Eugene and absolutely imposed its will on Sheldon, scoring 40 unanswered points in a 40-7 win. Jake Reichle ran for 295 yards and five touchdowns (he's also NOT available for your fantasy football team) to lead the Pacers.

Lakeridge will want to have another strong night rushing to keep West Linn's potent offense off the field. The Lions took care of South Salem 55-9 to reach the quarterfinals. Mark Hamper ran for three touchdowns to pace them in the victory.

The winners of these matchups advance to next week's championship game.

This game is another rematch from a fantastic meeting in the regular season.  Silverton jumped out to a big lead at home, only to have West Albany make a furious comeback in the fourth quarter. These teams have played several close games over the past few years, including a few that were decided by just one point.

In Round 2, West Albany fell behind 9-7 to Dallas in the second half but clamped down on defense and got their offense really going. In the end, the Bulldogs took home a 28-9 win to advance. Silverton had one of their lowest scoring games of the season, but were able to stifle North Salem's strong running game for a 22-0 win. The Foxes are into the semifinals for the second straight postseason.

These two teams met in the playoffs the past two seasons, both wins for Thurston as they won back-to-back titles. Thurston absolutely smothered the Canby offense in Round 2. The Colts grabbed a 20-0 win to reach the semifinals for the third straight postseason.

Wilsonville looked the part of the No. 1 seed, dominating Hood River Valley in a 42-14 victory. It was the seventh time the Wildcats have hit more than 40 points this season.

Camas got a 17-7 win at home against Puyallup last week to advance to the quarterfinals. Their reward: a matchup against undefeated Kamiakin, a team that's lit up the scoreboard this year. They beat North Creek 56-21 last week to advance. Our sister station KNDU is providing live coverage of the game Saturday. You can watch it here. The winner here advances to face the winner of Bothell and Graham-Kapowsin. 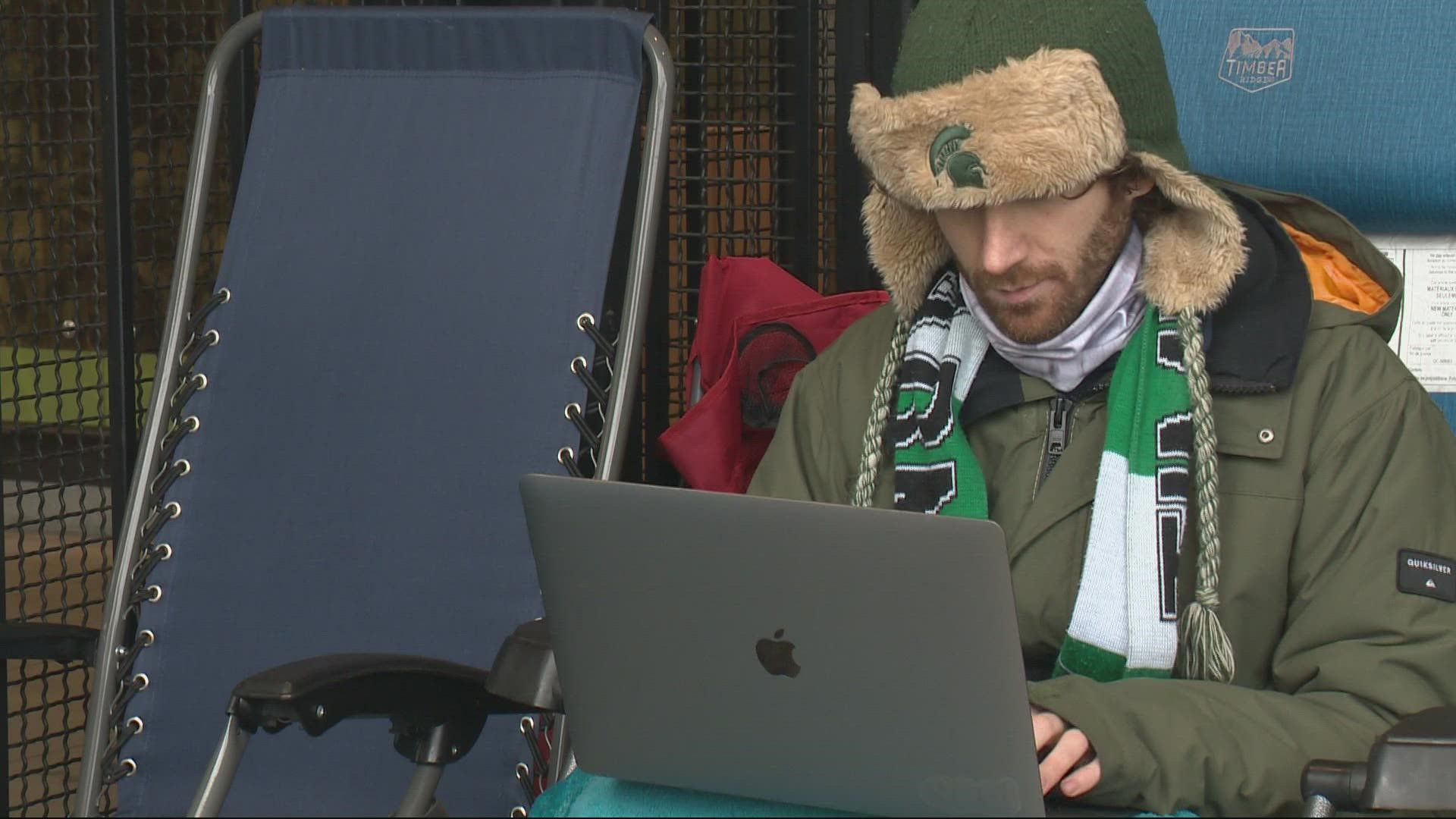