Gonzaga rises to No. 2 in AP poll after win over St. Mary's 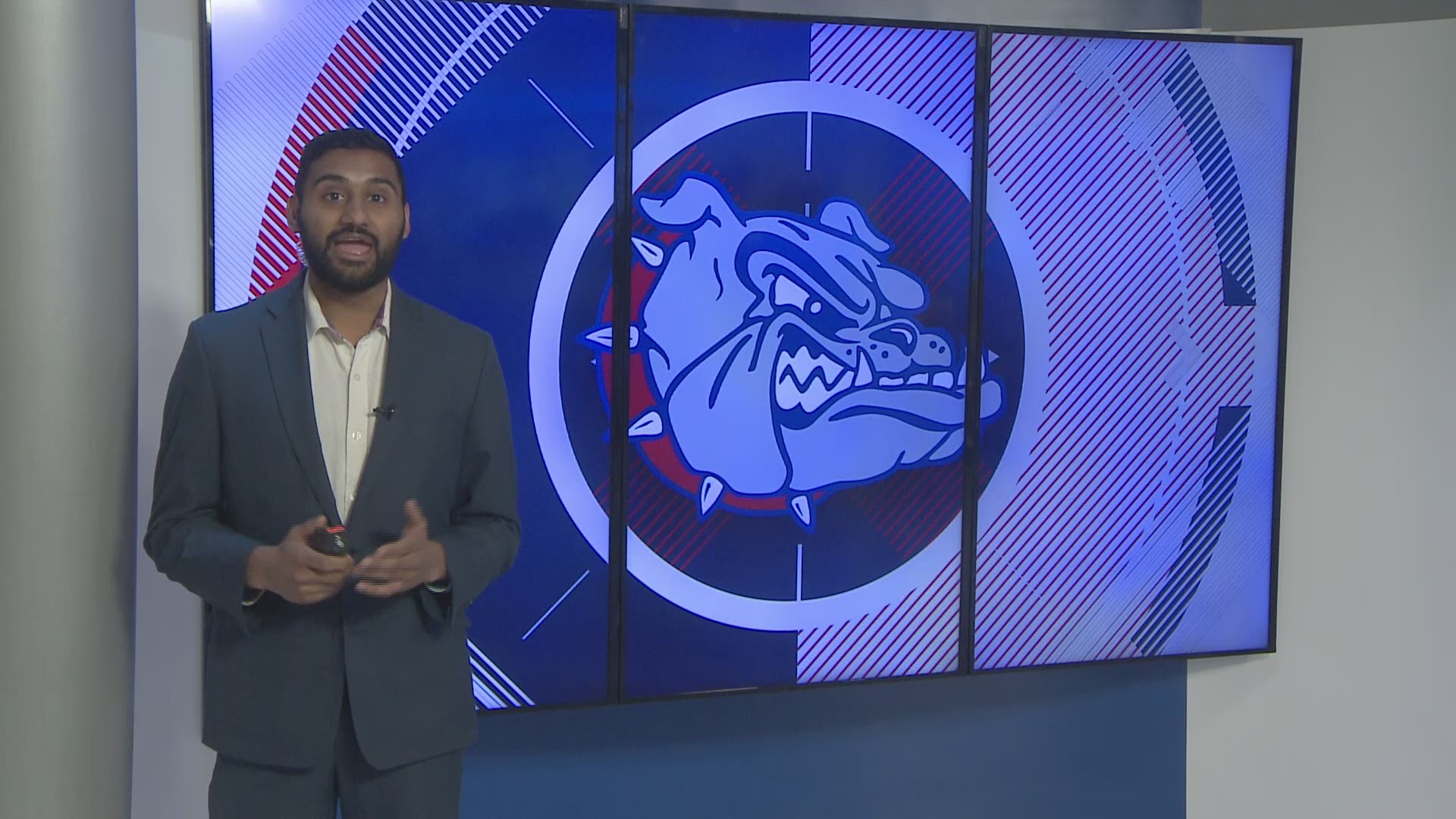 SPOKANE, Wash. — SPOKANE, Wash. – Gonzaga rose one spot to No. 2 on the Associated Press poll after a Senior Night win over St. Mary's.

The Zags beat Saint Mary’s 86-76 on Saturday night to sweep the season series.

This means Gonzaga: advances directly to the semifinals of the WCC Tournament on March 9.

Gonzaga dropped to No. 3 on the latest Associated Press poll last week after a loss to Brigham Young University.

Gonzaga sat at No. 1 for four weeks this season before falling to No. 2 behind Baylor.

The Bulldogs first took the No. 1 spot in the AP Top 25 Poll on Monday, Dec. 23. Gonzaga has been ranked in the Top 10 all season, including starting the season at No. 8 in the AP poll.

Gonzaga's time at No. 1 marked the fifth time in program history that Gonzaga sat at the top of the AP poll.

Last season, Gonzaga spent five weeks at No. 1 after a historic win over Duke at the Maui Invitational.

RELATED: Gonzaga nabs No. 1 spot on AP Top 25 Poll after win over Duke

The Bulldogs were No. 1 in in the last three rankings of the 2012-13 season, prior to the NCAA Tournament.

RELATED: Could this be the year Gonzaga wins a national championship?