The tournament will now be played over 54 holes instead of 72. 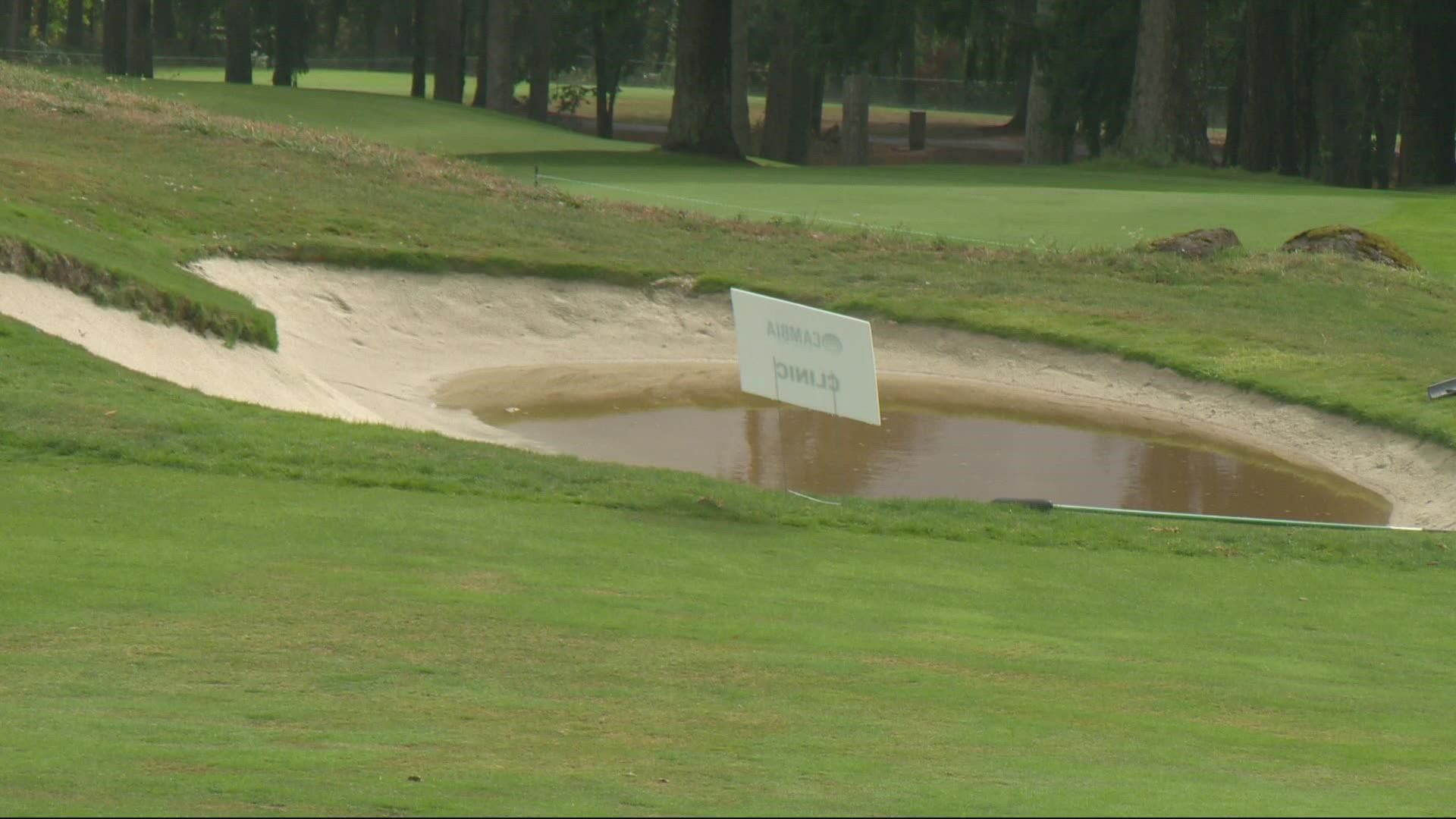 PORTLAND, Ore. — The Cambia Portland Classic finished despite a delay and lack of spectators due to the wettest weekend Portland has seen in nearly six months.

Jin Young Ko won the rain-shortened Cambia Portland Classic on Sunday for her second victory in her last three LPGA Tour starts. Making her first start since the Tokyo Olympics, the second-round South Korean player closed with a 3-under 69 at Oregon Golf Club for a four-stroke victory over Jeongeun Lee and Su Oh. Ko finished at 11-under 205. Play was washed out Saturday because of rain and the event was cut from 72 to 54 holes. Ko took the lead Friday with a 67. Ko also won the Volunteers of America Classic in Texas in early July. The two-time major champion has nine LPGA Tour victories. Lee and Oh each shot 69.

The game did continue Sunday morning despite tournament officials announced on Twitter on Saturday that heavy overnight rain and wind made it too dangerous for fans to attend.

"The safety of our fans, volunteers, players, and staff is our top priority, and we appreciate your understanding of the conditions today," tournament officials said on Twitter.

Officials with the Cambia Portland Classic said the tournament will now be played over 54 holes instead of 72.

Due to course conditions and an extended forecast with more rain, Saturday play has been cancelled at the @PortlandClassic.

We will determine whether the event will be played over 54 or 72 holes prior to beginning play on Sunday.