On Wednesday, the MLB said it will recognize Negro League stats as official stats of Major League Baseball. 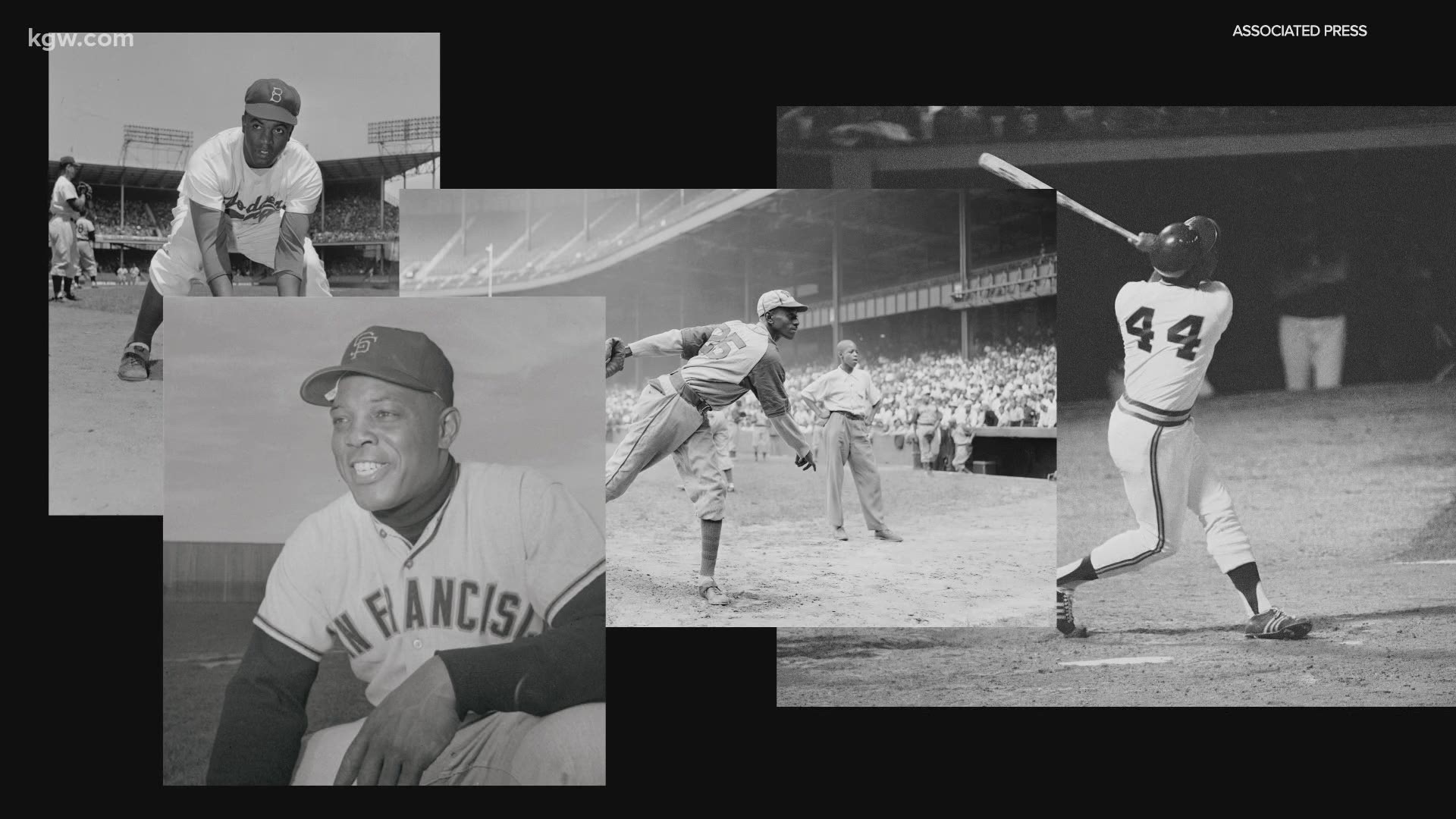 PORTLAND, Ore — For every Jackie Robinson, Satchel Paige, Henry "Hank" Aaron or Willie Mays, there are hundreds of other Black baseball players that never gained the same amount of fame.

"There's so many great players in the Negro Leagues who would've dominated in the Major Leagues if given the opportunity," said Artie Wilson Jr.

Wilson's dad, Artie Wilson Sr., was an all-star shortstop for the Birmingham Black Barons in the mid-to-late 1940s.

"Tommy Lasorda, when I spoke with him one time, he said, 'The best baseball player no one's heard of was Artie Wilson.'"

Wilson looked up to his dad but said despite the praise for his skills on the field, his dad was a humble man without an ego.

Wilson Sr. played in seven Negro League All-Star games, was feared on defense and was a hard to defend left-handed batter.

"My dad didn't hit home runs, he just slapped the ball. His thing was I hit them where they not. His comment was, 'I hit 'em where they ain't,'" Wilson recalls his dad telling him.

Wilson, Sr. became a mentor to the young players on his team, especially to an up-and-coming kid named Willie Mays.

"Willie's dad asked my dad to really take care of Willie. Willie was 15 years old when my dad played with the Birmingham Black Barons, my dad was 25."

In 1948 regular season, Wilson finished the season batting .402, which is well-above average.

In 1949, Wilson was signed to a contract with the Cleveland Indians, but the New York Yankees contested that contract with the Major League commissioner and it was canceled. Wilson's contract was sold to the Yankees, but Wilson didn't want to play for them because, his son says, he was making more for the Black Barons then he would've with the Yankees.

He eventually went to Oakland and played in the Pacific Coast League. The then-New York Giants, now San Francisco Giants, signed him to a contract in 1951.

His Major League career was short-lived. Wilson Jr. said his dad was batting in the .400s during spring training, but when the regular season started, he wasn't in the starting lineup. He played in 19 games and was up to bat only 24 times.

"I remember him telling me this," Wilson Jr. said, "Skip, I don't want to be here if I can't play every day. I need to play with a bat in my hand and be able to play and he said there's a kid you need to be able to bring up and I'll tell you who it is, his name is Willie Mays. He's a young kid, he can play, you need to bring him up and sure enough, Willie came up to the Giants and took my dad's spot."

Artie Wilson would never play in the Major Leagues again.

He bounced around in the Pacific Coast League and played a few seasons for the Portland Beavers in the 1950s and early '60s.

Wilson is one of the 3,400 Negro League players that will now have their stats added to the stats of Major League Baseball. A decision that was long overdue.

"I think just including the statistics and the records of the players from the Negro Leagues is the right thing to do. It's long overdue and there are a lot of players, not just my dad, but other guys who will finally get acknowledged for being really, really good baseball players." Wilson said.

He said his dad would say it's time that they were recognized.

Artie Wilson Sr. was inducted into the Oregon Sports Hall of Fame in 1988. He passed away in 2010 at the age of 90, but will now forever be a part of Major League History.

MLB is correcting a longtime oversight in the game’s history by officially elevating the Negro Leagues to “Major League” status. pic.twitter.com/gPSaTbD5Ud