First woman to play in college football game, at Willamette University, reflects on her experience

Liz Heaston was not only the first woman to play in a college football game, but she was also the first one to score. 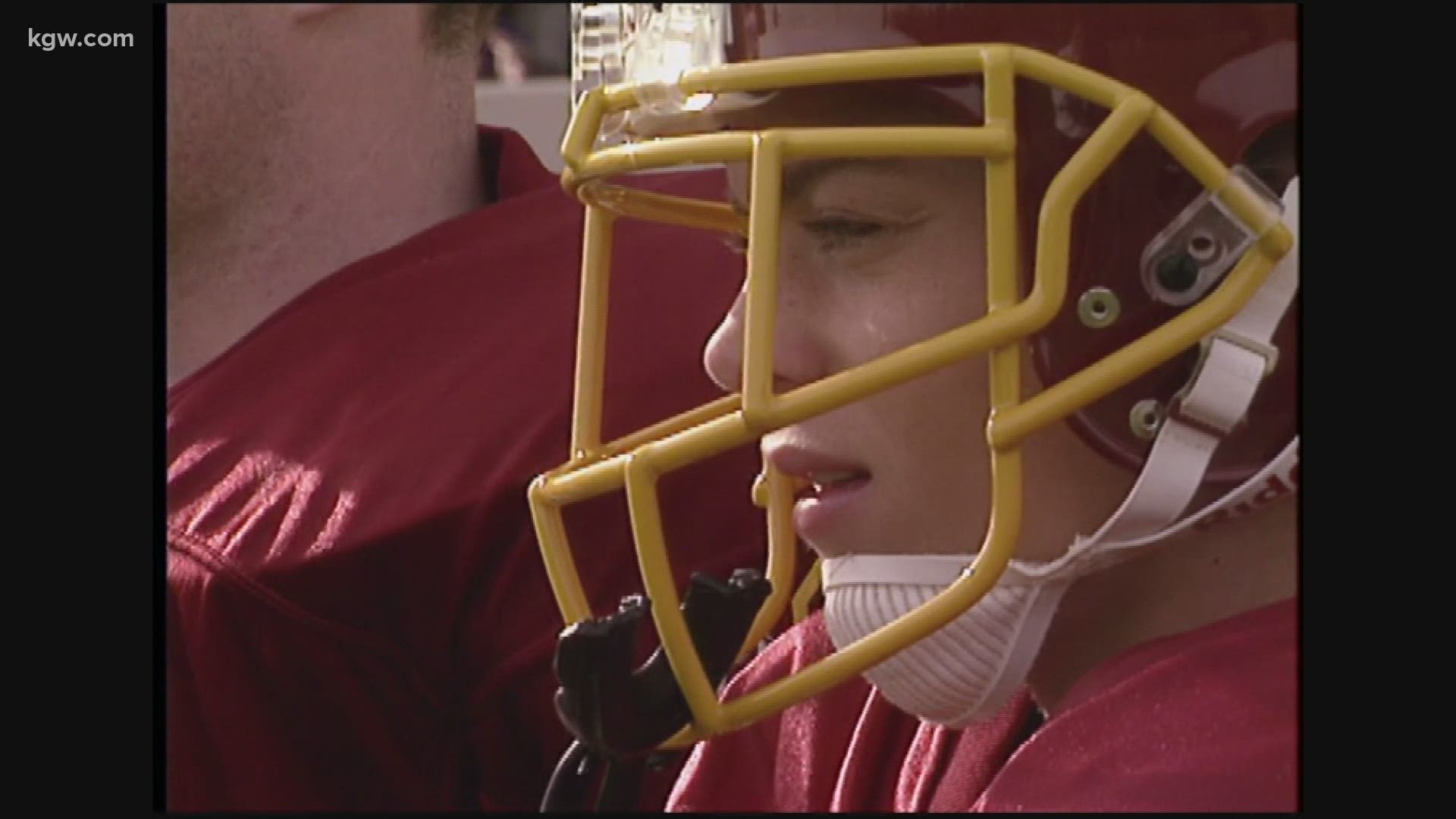 Liz Heaston, who also played on Willamette University’s women’s soccer team, joined the football team as a back up placekicker. Not only did she get in, but she also kicked two extra points. That feat in 1997 was a big deal,. It landed Heaston in the national spotlight, when then-Today Show anchor Katie Couric interviewed her.

For Heaston, not only was she the first woman to play in a college football game, but she was also the first one to score. Heaston said she played in two games, where she made two field goals in her first game, only to miss two tries in her second game.

She wasn’t just trying to juggle football, she was also playing soccer at the same time.

“At first, I thought he was joking," Heaston recalled. "I was like, 'Sure no problem,' and then two weeks later it was a reality."

A reality, that helped pave the way for other female athletes over the years. All these years later, she says it was a surreal experience.