"You work almost 4,000 games in a career and you exit the last game you ever work on a stretcher and a neck brace. I never anticipated that, but you know us gays, we like to make an exit." 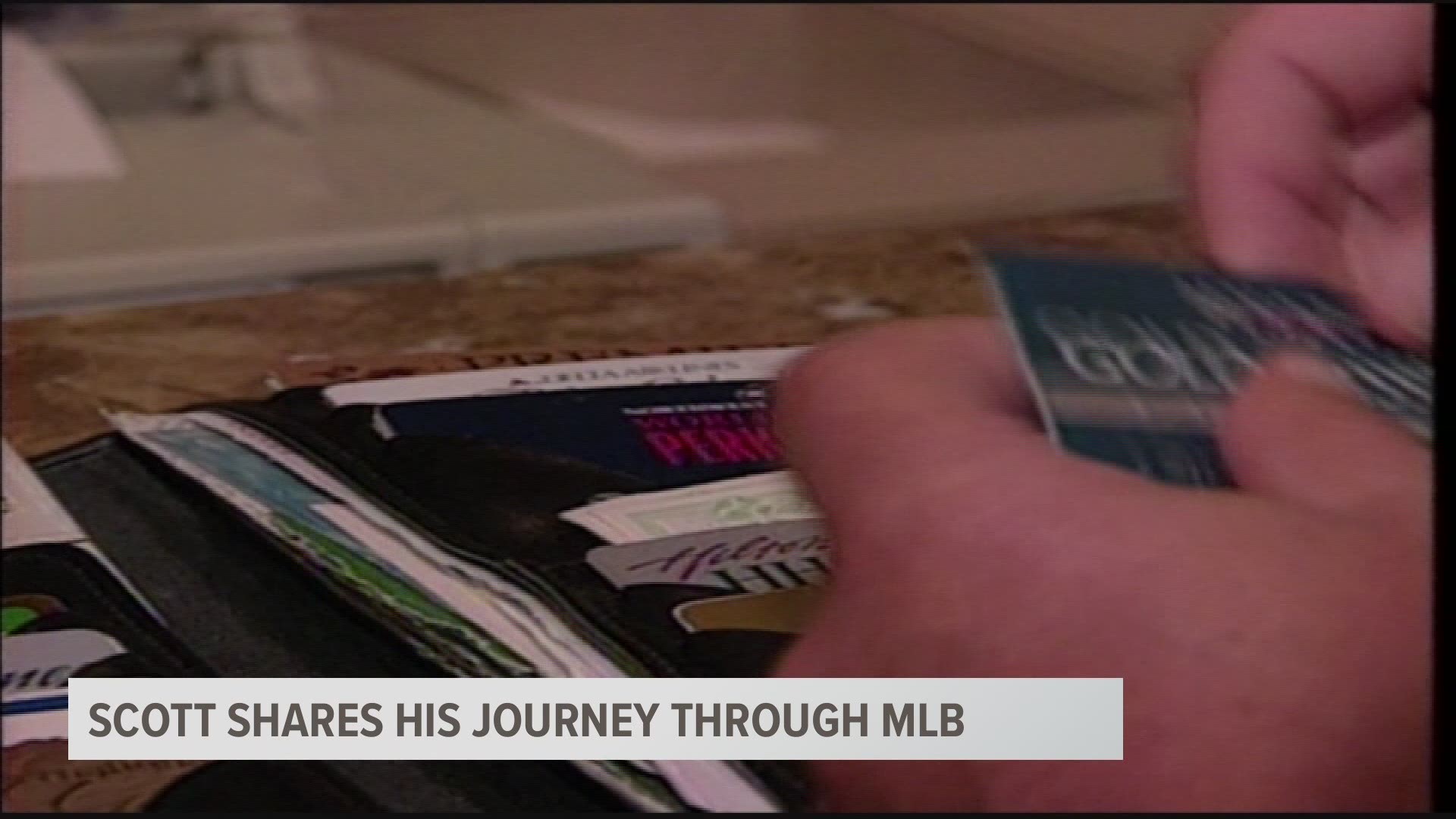 Ten years later, Scott was in the big leagues, a pro career spanning more than three decades. He eventually called it quits in 2017 after suffering his fourth concussion in five seasons, and second in nine months.

“What it’s like to get hit? It’s like an explosion,” Scott said. “You work almost 4,000 games in a career and you exit the last game you ever work on a stretcher and a neck brace. I never anticipated that, but you know us gays, we like to make an exit.”

Memories on the walls of his home in Portland. A shirtless San Diego Chicken, autographs from legends of the game, and pictures with presidents like George W. Bush.

“He tells me, I didn’t know you were a Duck fan. The only thing I know about Oregon is every time I go to Portland, there’s a riot,” Scott said with a chuckle. “He was talking about his dad.”

George W. Bush threw out the first pitch to Game 3 of the 2001 World Series; a game Scott worked behind the plate.

Players and managers didn’t always agree with Scott’s calls on the diamond.

Scott was the last person to eject Yankees Manager Billy Martin—who was so heated, he threw dirt on him. He also remembers ejecting Blue Jays manager Cito Gaston.

“We’re going at it pretty good and finally Cito said, ‘I’m so sick and tired of this. After the game meet me outside and we’ll settle this once and for all,'" Scott recalled.

Scott’s personal life made headlines when he came out in 2014. He was the first openly gay umpire in Major League Baseball.

He's been married to his husband, Mike, for five years but they’ve been together for more than 30 years. Scott has thrown out the first pitch at Pride Night at MLB ballparks.

“Went to the Pride Parade in New York for an unbelievable day with Major League Baseball," he said. "I never would have dreamt that would happen.”

He’s also received hundreds of emails and messages thanking him. It’s been uplifting and he has had some laughs along the way. He mentioned one message in particular.

“This comment was, ‘I am shocked and appalled that Dale Scott came out as a Duck fan.’ The next paragraph it said, ‘But it makes sense with all the uniform changes,'" Scott said.