Family matters: Southridge HS star taking talents to University of Portland to play for her father

McKelle Meek played in the state tournament at the Chiles Center every year of her high school career. Now, it's a place she'll call home. 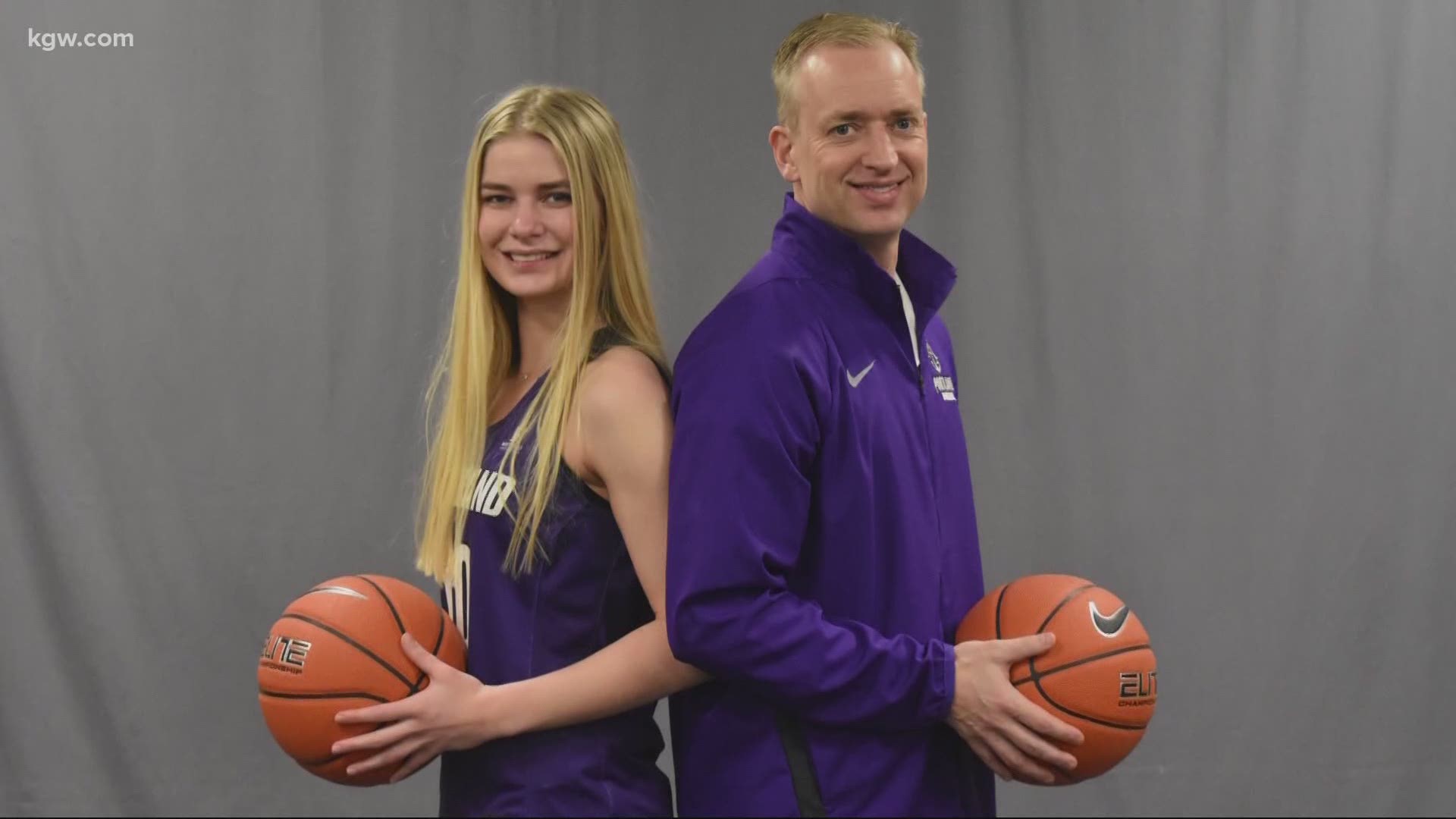 PORTLAND, Ore. — McKelle Meek is a winner and she gets buckets.

She was a key player to one of Oregon's powerhouse programs, and a two-time state champion at Southridge High School who averaged more than 23 points per game her senior year.

The individual accolades and awards came pouring in for Meek, including being named the Gatorade Player of the Year in Oregon.

"Me personally, I wasn't expecting any of the awards, but I'm super proud and humbled by them," said Meek. "I feel like these types of awards are more team awards because it takes more than just one player. There's four other players on the court with me and I wouldn't have done as well as I did without any of them."

Meek played in the state tournament at the Chiles Center every year of her high school career. Now, it's a place she'll call home. She's committed to play for the University of Portland.

"I just thought it would be a really good fit for me," said Meek. "I love the team. They had a really good connection last year and I would love the opportunity to be a part of that."

The Pilots put together a magical run for the ages, winning the West Coast Conference championship and a bid to the NCAA Tournament for the first time since 1997, led by her dad, head coach Mike Meek.

This won't be the first time playing for her dad. Those memories date go way back, as does her love for the game.

"I remember when I was really little, going to the garage and doing ball handling with him," said Meek. "We had one of those kiddie hoops and I'd always play with that. I actually remember that, which is pretty funny."

They've found a way to keep a balance between family and basketball.

"Throughout the years, I've learned that we've got to keep basketball and parenting separate. So, at home, he's dad, and on the court, he's coach," said Meek. "That's a little weird sometimes, but he's done a great job of keeping those two things separate and respecting my boundaries in that aspect."

Meek can't wait to get back on the court, whenever that is.

"I'm a little nervous, but I'm more nervous if the season is even going to happen. I really hope it does and I'm hoping summer season happens, workouts," she said.

In the meantime, she'll be serving up buckets from home.