Patrick Ewing released from the hospital

Georgetown men's basketball head coach Patrick Ewing is at home after a stay at a hospital while battling COVID-19. 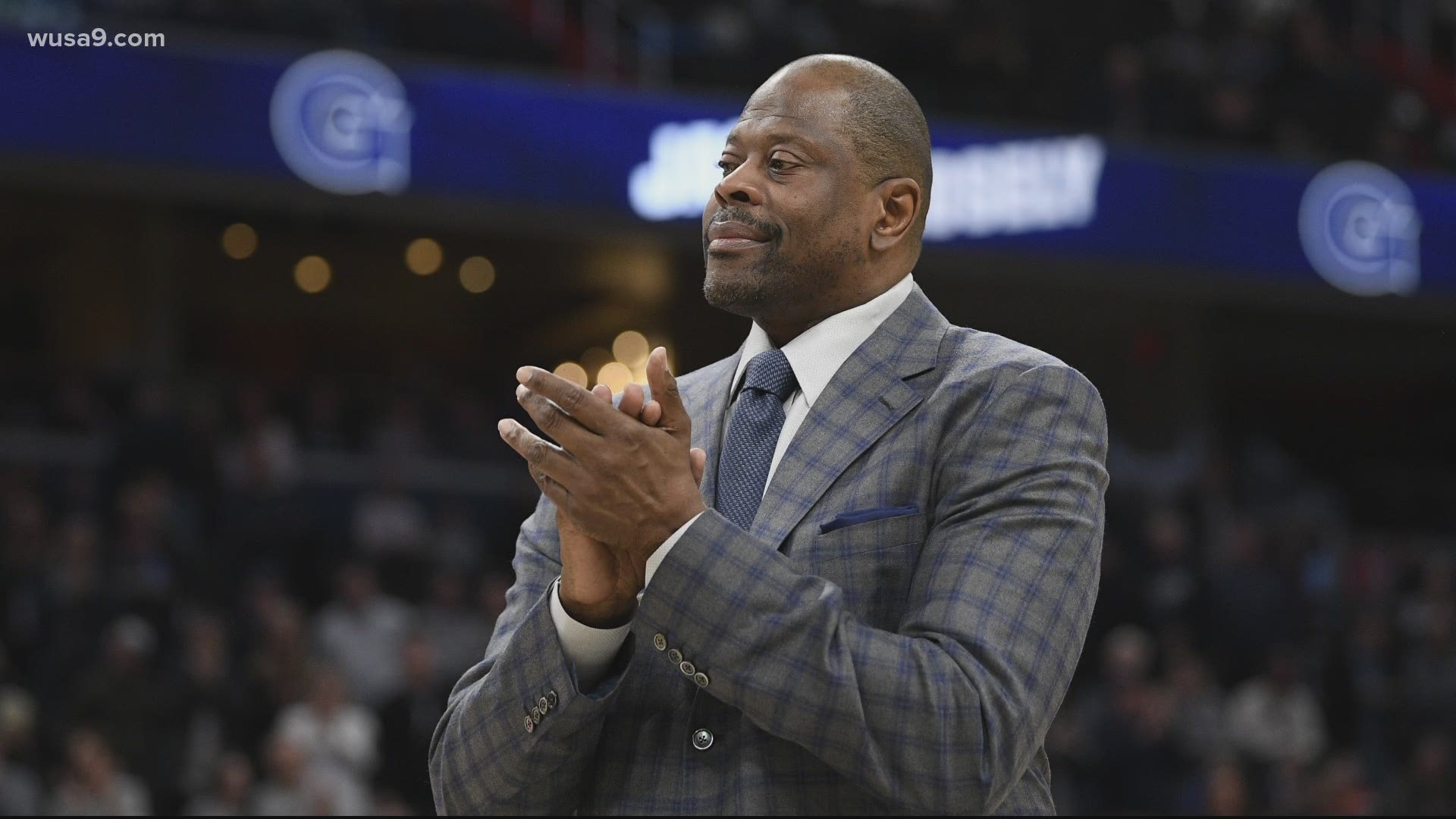 WASHINGTON — Georgetown head basketball coach Patrick Ewing is back home after a brief stay in a Washington, DC hospital while battling COVID-19.

Ewing tweeted, "I want to thank all of the doctors and hospital staff for taking care of my father during his stay, as well as everyone who has reached out with thoughts and prayers to us and since his diagnosis. My father is now home and getting better. We’ll continue to watch his symptoms and follow the CDC guidelines. I hope everyone continues to stay safe and protect yourselves and your loved ones.”

The elder Patrick Ewing just disclosed three days earlier that he had been hospitalized with COVID-19.

Ewing posted on social media that he shared his diagnosis because, “This virus is serious and should not be taken lightly.”

Patrick Ewing recently completed his third season as head coach of the Hoyas.

Georgetown has gone just 49-46 in the 95 games played under Ewing and have made no NCAA tournament appearances.

The basketball hall of famer played 17 seasons in the NBA, including 15 with the New York Knicks where he was named an all-star 11 times and the NBA rookie of the year in 1986.

Before his pro career, Patrick Ewing rose to stardom playing his college ball at Georgetown.

With the Hoyas Ewing won the 1984 National Championship, was named the Final Four Most Outstanding Player in 1984, and was named the National College Player of the Year in 1985.

In a statement on Friday, Georgetown said that Ewing was the only member of its men’s basketball program to contract the coronavirus.

RELATED: 'We can still make it' | Mayor Bowser says DC is still on track for Phase 1 of reopening