The Ducks are favored by 19 and have won 10 of the last 11 games. Beaver fans say this is their year. 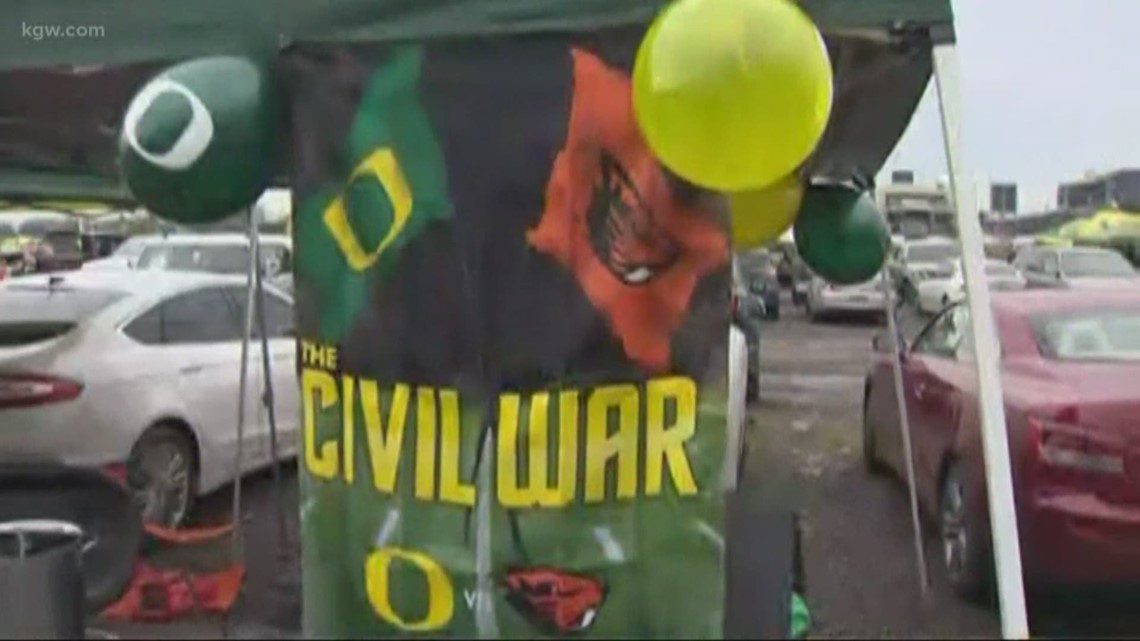 In the Pacific Northwest there's the Apple Cup. The annual meeting between the Washington Huskies and the Washington State Cougars. The two teams will meet for the 112th time on Friday.

Oregon though, plays host to an even longer rivalry game.

Oregon and Oregon state will meet for the 123rd time on Saturday and there's a lot on the line for both teams.

Oregon, ranked 14th, needs a win in order to stay in the hunt for a potential spot in the Rose Bowl.

Oregon State (5-6) needs a win to become bowl eligible. Their last bowl game was in 2013, beating Boise State in the Hawaii Bowl.

Oregon has won 10 of the last 11 meetings, losing to Oregon State in 2016. Oregon State fans say this is their year.

"I'm hoping that we will win by at least 20 points," Oregon State alum Heidi Lagao said.

Hold on, Duck fans say not so fast.

"I think the ducks are gonna roll 'em. They're getting ready for uh the Rose Bowl," Duck fan Evan Brisentine said.

While this game is more for in-state bragging rights, it hasn't always been that way.

"There was a lot riding on it. It was more than just local bragging rights. The Civil War for a decade had some pretty significant national implications to it," former Ducks quarterback Joey Harrington said.

Harrington won 2 out of 3 Civil War games during his college career. He says ironically in those three games against the Beavers, he never threw a touchdown pass.

In 2000, the 5th ranked Oregon Ducks were headed to the Rose Bowl and all that stood in their way was a win over the Beavers. The 8th ranked Beavers shattered Joey Harrington's dream of playing in a Rose Bowl, beating them 23-13.

So if you're looking in the past and wondering about the future. Don't rule out an upset because Harrington says anything can happen.

"I almost hesitate to make a prediction in a rivalry game like this because you never know how it's going to play out."

Kickoff is at 1pm Saturday.