Some fans will still be inside Autzen Stadium and Reser Stadium, just in the form of cardboard. 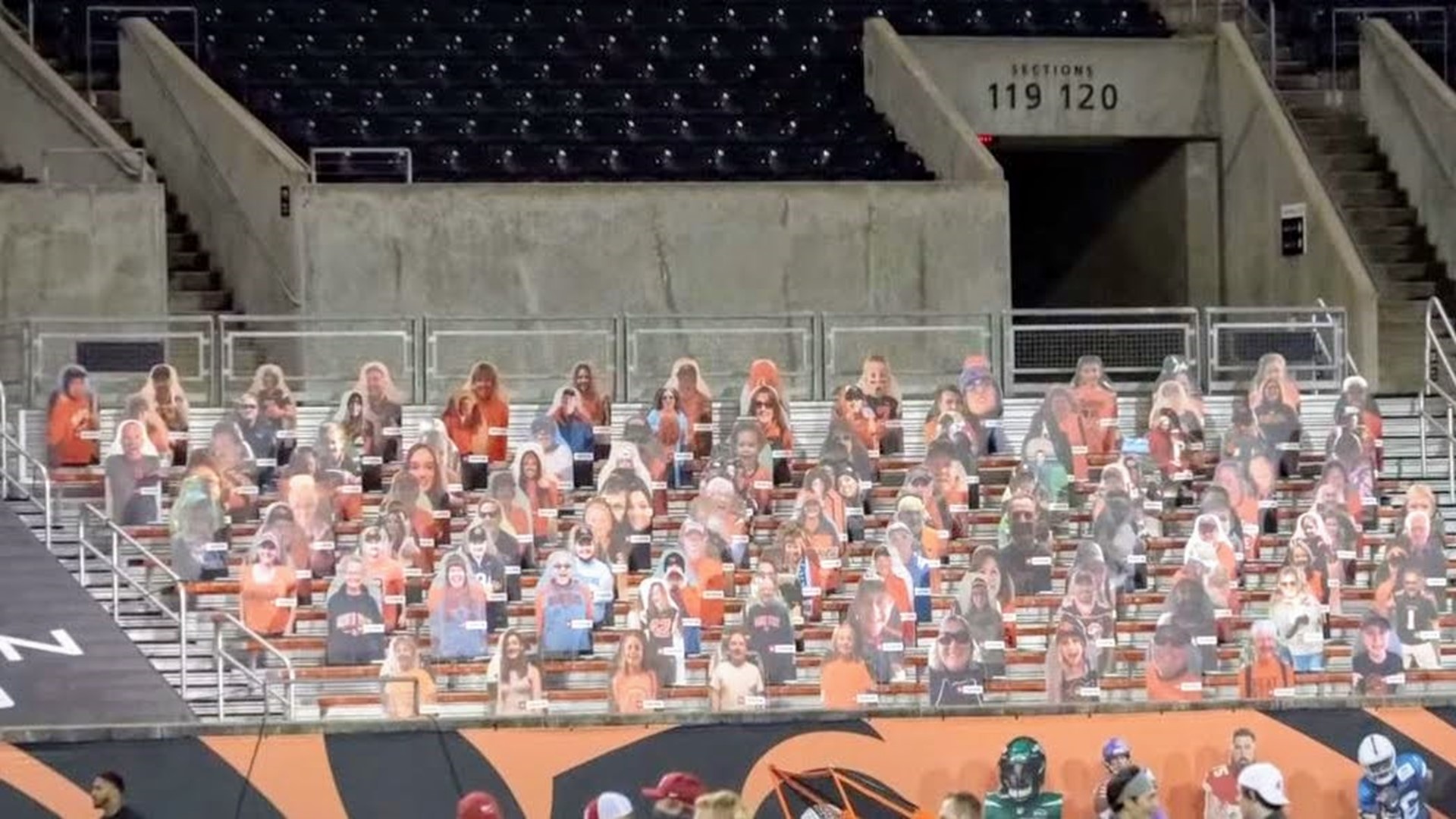 From the tailgate to the stadium, it's an occasion like no other — until 2020.

A pandemic changed the game. An empty parking lot, no fans in the stands, all the energy is gone. The players can't rely on thousands to give them a boost.

The approach is different this season.

"You gotta pack your juice, your energy, your Autzen vibe," said Oregon head coach Mario Cristobal. "Everything that goes with it. All the passion, pack it in your bag because you’re the one that’s going to have to bring it."

Some people will be inside Autzen Stadium and Reser Stadium, just in the form of cardboard.

"It’s exceeded our expectation," said Sara Elcano, Oregon State University associate athletic director for fan engagement and revenue generation. "You never know what the demand is going to be for a cardboard version of somebody to watch an event, but it swept the nation this year. We're just happy Beaver Nation embraced it as well."

More than 1,500 cardboard cutouts have been zip tied to the seats at Reser Stadium. They're 2 feet by 3 feet in size.

RELATED: No fans in Oregon's Pac-12 stadiums expected to hurt some businesses

Members of the Oldfield family have been going to Beavers games for decades.

"1960, since we were born," said Dick and Karen Oldfield. "We've got 8 season tickets, so we did 9 (cardboard cutouts). That includes our grandkids, our kids and our dog Bandit, too."

Every cutout has its own story.

"My daughter just graduated in June, so we thought this would be a nice way to honor her and celebrate her since they kind of got the short end of the stick with no commencement," said season ticket holder Melissa Gilley.

At Autzen Stadium, there's an entire section devoted to one man.

"His passion for the Duckies, he loved them and he never missed a game, so it’s kind of like, what’s the best way to keep his memory alive? To honor a buddy and put as many Danh’s in Autzen," said Ducks fan Josh Riley.

Mission accomplished. There are 33 cutouts of Danh Tran, a 34-year-old Vancouver man who passed away in July unexpectedly from COVID-19.

"This was his year, about to get married, just about to sign on their new house," said Riley, one of Tran's many friends he calls the Danh Army. "Just the opportunity to do something for him and for Jessica, to give him his season tickets, we like to call it, it meant the world to us."

Sports have always connected people and will continue to do so, it's just this year will be a little different.