Ducks and Beavers excited to get back to playing football

Both teams will be on a similar timeline to getting back to play with training camp expected to start around October 9. 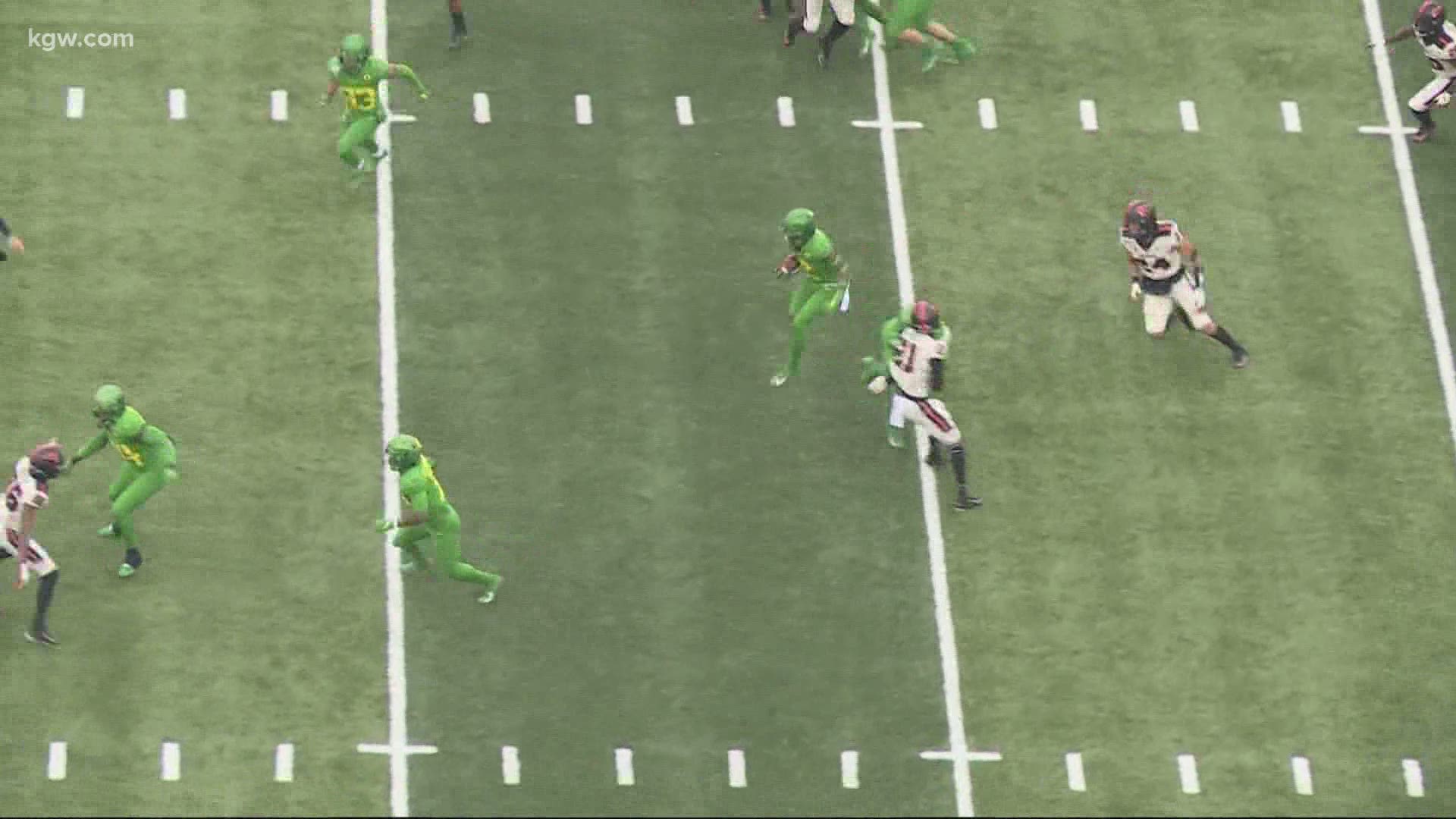 The Ducks and Beavers plan to play football this fall after the Pac-12 conference unanimously approved a 7-game season that starts the weekend of November 6.

Smith said about 95% of his players are on campus and working out under current guidelines. Oregon head coach Mario Cristobal said all of his guys are in town.

“It’s on. The intensity is cranked up,” said Cristobal. “You can feel it in the Zoom team meeting when play was announced, so the Ducks are getting ready to get after it.”

Both teams will be on a similar timeline to getting back to play with training camp expected to start around October 9. That gives teams four weeks of training camp before the first game.

“We’ll be monitoring the amount of training we’re doing for these first couple of weeks and see where we’re at,” Smith said when asked about injury concerns for players that haven't practiced with the team in months. “Seeing how we feel we’re at after these two weeks and we head into training camp, we’re designing our practices off of that because it’s a fine line. This is a game you want to get into shape and play physically, so you need to do some of that during training camp to be prepared for week one, but at the same time you’re not trying to do too much.”

Pac-12 commissioner Larry Scott called it a game-changer to opening the door to playing again when the conference acquired rapid-result COVID-19 antigen tests for its schools from the Quidel Corp. Oregon and Oregon State have both received the equipment to administer tests and are now in the process of getting certified and training staff to run the machines.

“We are in a workforce, all hands on deck mode right now,” said Oregon State athletic director Scott Barnes. “We think we’ll be ready to go in terms of training, having the machines and being ready to administer those tests some time early next week.”

“Bottom line is we’re granted this opportunity now. Safety and protocol are still going to have to be the upmost priority,” said Cristobal. “Just because we’re starting a season and we have daily testing doesn’t mean everything is fine. Everything is fine if you follow the best protocol. It gives you the best chance.”

At this point, fans will not be allowed to attend games.

The Pac-12 plans to release the football schedule next week. Oregon athletic director Rob Mullens said he was not in favor of playing games at 9 a.m.

“We discussed that a couple of years ago when FOX started with their big noon eastern time kickoff and for us a 9 a.m. kickoff is difficult because of the wakeup time, what time you’d be eating breakfast and while it doesn’t impact the fans, it would still impact our student-athletes,” said Mullens. “We haven’t dug deep into it, but now when you layer in the daily testing that is going to be required and the length of time it takes to do that process, before you even know who’s available, I don’t think the University of Oregon is going to be raising our hand for a 9 a.m. kickoff.”

There are still eligibility questions for some players. When the fall season was canceled, some players opted to pursue the NFL, rather than play in the spring.

“We are sitting down with our compliance department later today to see what that does look like,” said Cristobal. “I’m sure situations will arise on both sides, all over the country. We’re fine tuning the details so we can have the exact information for our guys, so we can help them make the best decision and if they have made the decision, then they want to reverse course on that, we have the right information for them.”