Because fans aren't allowed inside college football stadiums during the pandemic, businesses in Eugene and Corvallis will likely take a financial hit this season. 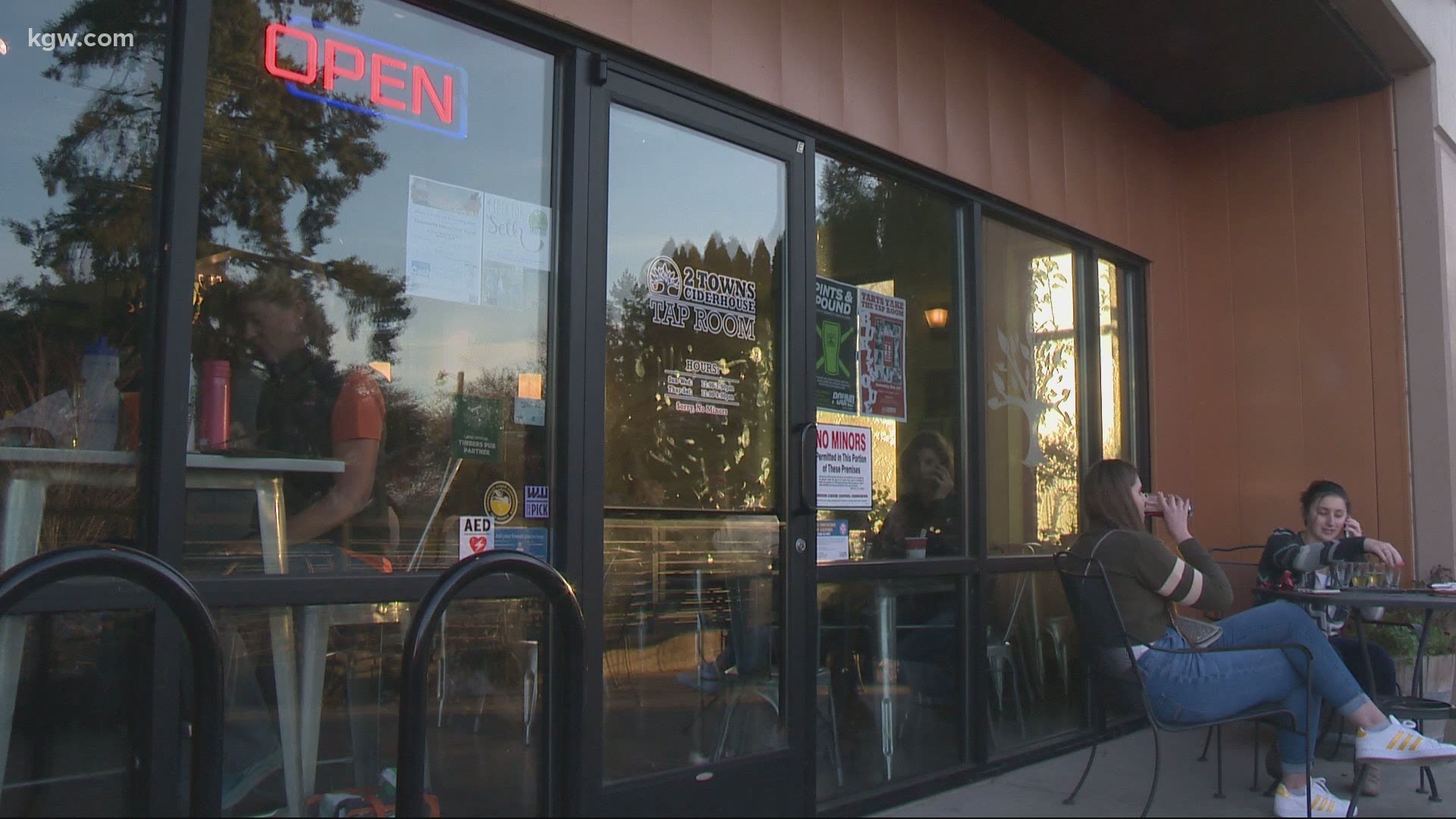 PORTLAND, Ore — Normally when the Ducks or Beavers football teams have a home game, tens of thousand of fans head to Autzen Stadium in Eugene or Reser Stadium in Corvallis to watch.

This year, businesses will miss the revenue made on game day because of COVID-19 restrictions that teams from allowing fans in their stadiums this season.

Corvallis-based 2 Towns Ciderhouse is already anticipating the impact ahead of Saturday, the opening day for PAC-12 football this season, according to the company's co-owner Aaron Sarnoff-Wood.

During a normal season, 2 Towns Ciderhouse sells drinks at both Reser and Autzen. This year, Sarnoff-Wood said the company is running deep in the red since no fans inside stadiums means no sales.

“Overall in Oregon, just rough figures, over 10,000 cases, which comes out to a quarter of a million dollars in lost revenue in just from the core stadium business," said Sarnoff-Wood.

At Clodfelters Restaurant and Pub in Corvallis, general manager Gary Evans said he’s ready to see more faces around, especially with how slow it’s been --even with some students back on campus.

“It's been pretty quiet, so we always look forward to football season. We were hoping for fans, but we're going do what we can with what we got,” said Evans. He said he’ll require customers to wear masks and will limit the amount of people that can be inside at one time.

At Track Town Pizza in Eugene, co-owner Tim Hill has been feeling the pain too. He said what has really helped his business is pizza delivery. Hill said since the pandemic, they have added three new delivery cars to their fleet.

Like other businesses owners in Corvallis and Eugene, Hill said he is hoping the start of football season will at least bring a little normalcy back.