Ciara, Russell Wilson and Macklemore gathered Monday to celebrate their ownership in the Seattle Sounders FC. 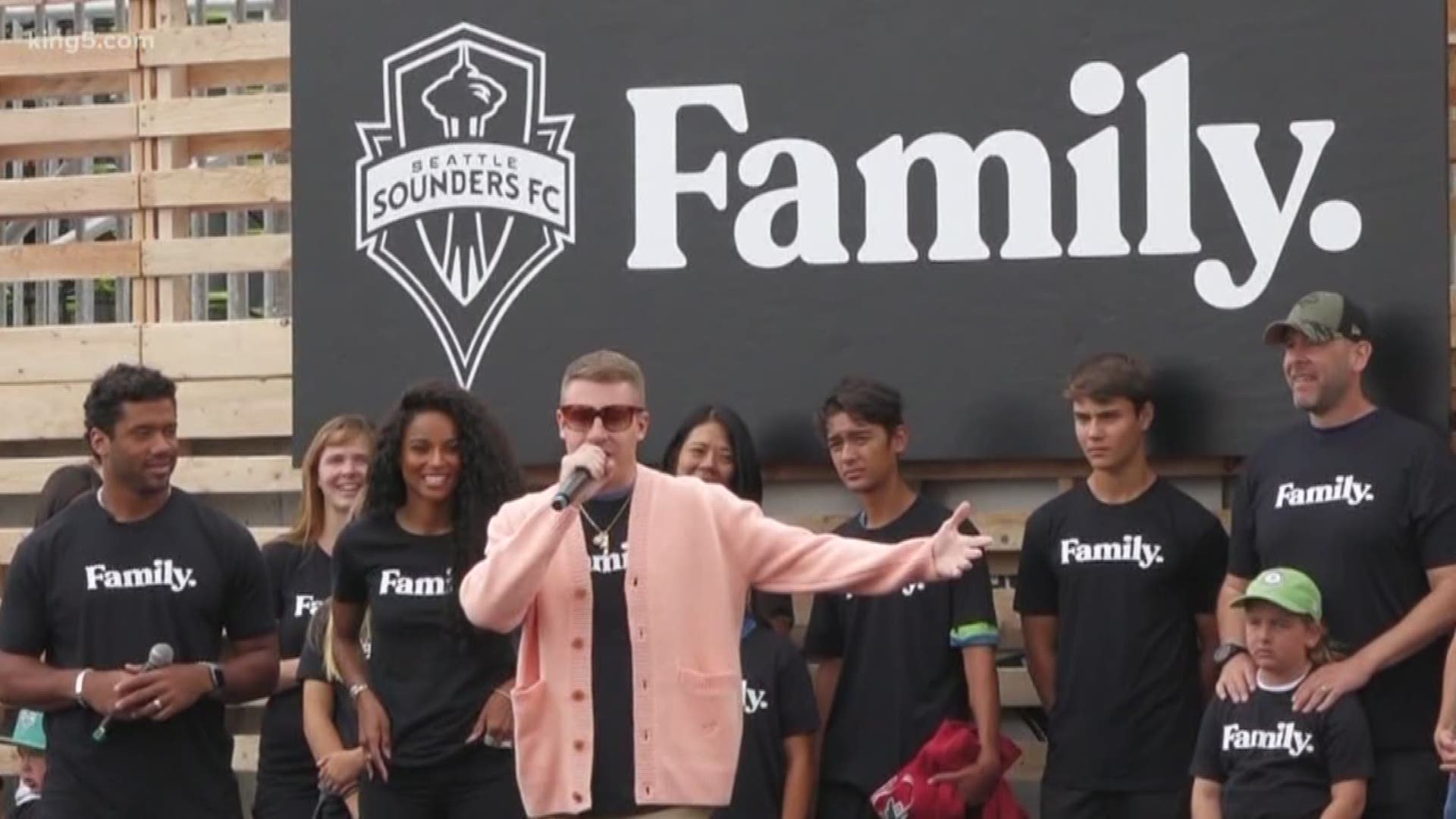 Some big names are investing in the Seattle Sounders FC. Ciara, Russell Wilson, and Macklemore are among a new group of investors in Seattle's professional soccer club.

"I've never had a real business meeting at the Puyallup Fair before," Myerson said. In true Puyallup fashion, it was a deal sealed with an elephant ear.

He discussed how the investment team quietly came to purchase a portion of the Sounders over a period of 15 months. The deal included a trip to the fair where Macklemore was performing.

"We did meet backstage," Myerson said, calling it "a surreal discussion."

At that time, Myerson was trying to put together a group to purchase Joe Roth's share of the franchise. Roth, who was the majority owner when the franchise launched in 2009, was looking to get out.

Myerson heard a group from Northern California wanted the share, and he was determined to keep the stake in local hands. He said his conversation with Macklemore went well, "and then (I) went and got an elephant ear."

Myerson was able to recruit some of his Microsoft friends, including CEO Satya Nadella. Then he was surprised one day to get a text from another random number.

"I assumed it was a prank from one of my friends, but I called the number and Russ answered, and was like holy (bleep), it's really you."

That led to a series of dinners with recording artist Ciara and her husband, Seahawks quarterback Russell Wilson. In fact, Myerson said Ciara asked most of the questions and had a vision for what she wanted to accomplish with the franchise. 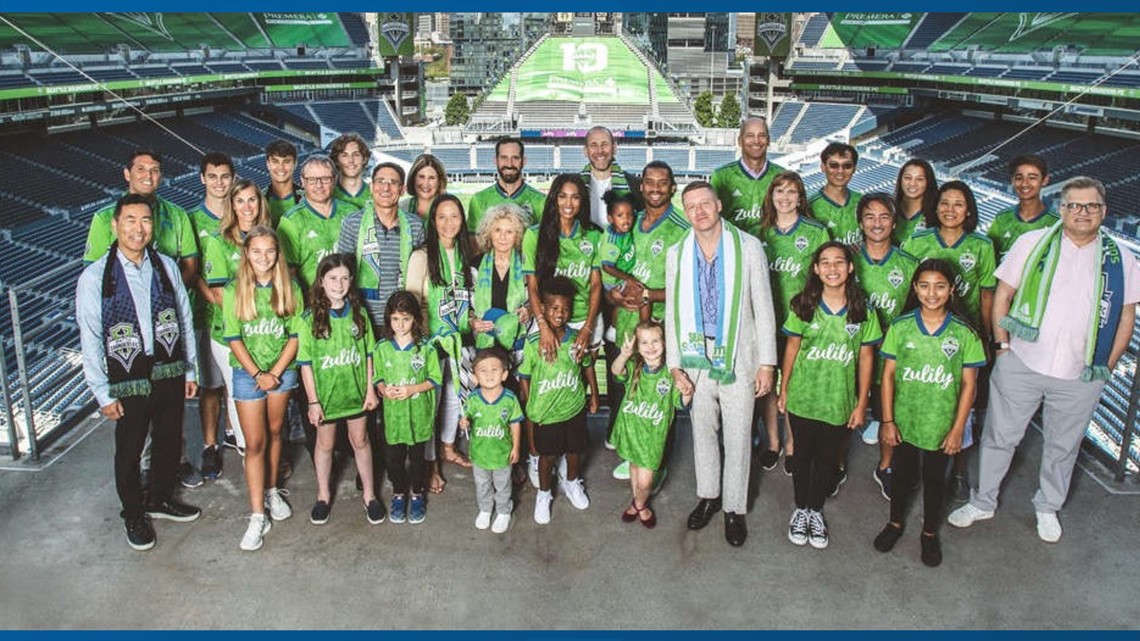 "It really has been both of them. It really has been Russ and Ciara, she's been passionate and super interested. She'd been interested in all the business terms — great, really engaged in this whole process," Myerson said. "Ciara has been a big part of it. I remember the first time I met her. She was saying how the role of sports and music bring communities together."

Ciara spoke to a group of kids in the Puyallup crowd on Monday, talking about her desire to represent women in the front ownership ranks.

"Your gender sets no limitations for what you can do and what you do in life," Ciara said.